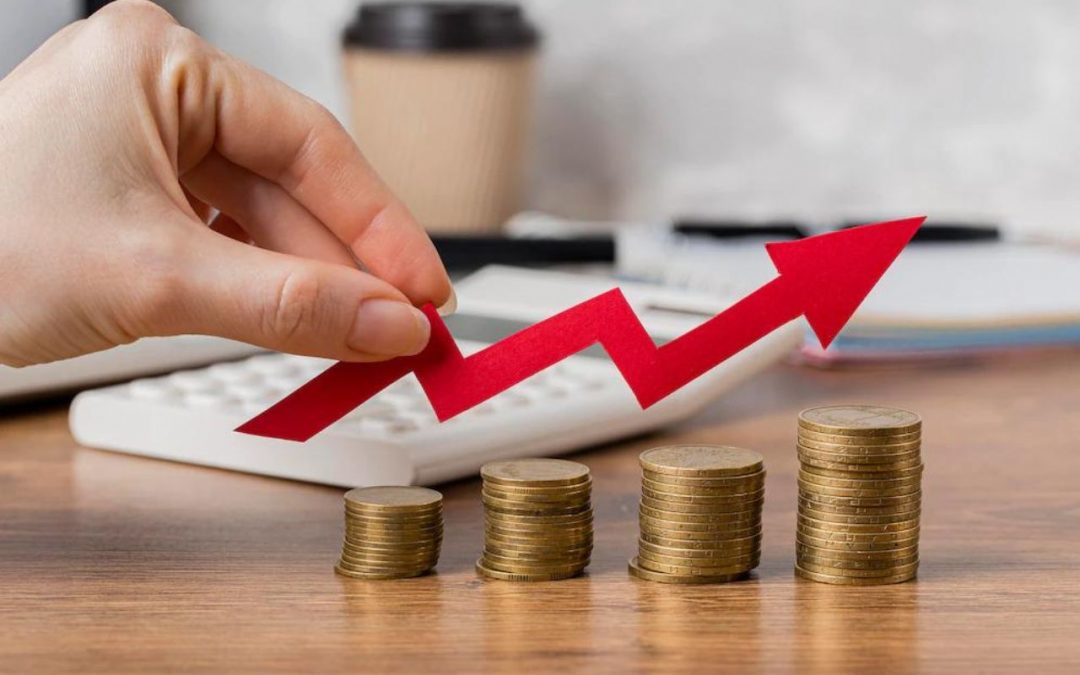 List of Most Profitable Companies in India (FY21-22): How often do you have a look at the profitability of the company before you invest? You’ll often come across rankings of the largest companies in India. But how many of these aren’t overvalued and actually generate sufficient profits for returns?

In this article, we take a look at the most profitable companies in India by comparing the Net Profit for the financial year ending March 2022.

Top 10 Most Profitable Companies in India

Here are the companies which generated the highest net profit for the financial year (FY) ending March 2022. Please note that all the net profits are for the consolidated financial statements.

Reliance Industries Limited (RIL) tops the spot of the most profitable company in India for the year 2021-22 after earning Rs. 60,705 crores.

The company has enjoyed many years with ‘India’s Most Profitable Company’ title. It is also the 8th largest Indian employer with almost 195,000 employees.

The company is a conglomerate with businesses engaged in energy, petrochemicals, textiles, natural resources, retail, and telecommunications. RIL is the largest publicly traded company in India by market capitalization.

Oil and Natural Gas Corporation (ONGC) is a multinational oil and gas company. It is owned by the Ministry of Petroleum and Natural Gas, Government of India.

The company is second in line with the net profit figure of Rs. 45,522 crores. ONGC produces around 70% of India’s crude oil and around 84% of its natural gas. The company is also India’s largest profit-making PSU.

Tata Steel pipped TCS, the crown jewel of the Tata group to become the most profitable company of the salt-to-software conglomerate. Formerly known as TISCO, it is a MNC steel company based out of Jamshedpur, Jharkhand.

It is the second-largest Indian steel maker in India (domestic production) with an annual capacity of 13 million tonnes. It is one of the only three Indian steel manufactures that own iron ore mines, giving them price edge over their competitors.

The company employees 80,500 people across 26 countries including India, the Netherlands, and the UK.

This year Tata Consultancy Services (TCS) came fourth on the list for the most profitable company in India. The Indian IT giant earned Rs. 38,327 crores for the financial year ending March 2022.

TCS is a subsidiary of the Tata Group and specializes in information technology. Thanks to its profitability for several years now TCS also generated more than 70% of its parent company’s dividends for the years 2014-17.

The company also currently holds the record for the world’s largest IT services provider company with a market capitalization of Rs. 1,139,364 crores. This also makes it the most valuable IT services brand worldwide.

The company earns most of its revenues from software development and maintenance followed by IT enterprise consulting. Their other revenue streams are generated from banking, financial services, and the insurance sector. This make-up almost half of their revenues.

Although the company is based in India TCS makes most of its revenue from its US-based clients. For the year 2020, the company brought in around Rs. 1,94,697 crores from the US or $ 25.7 billion. As of 2016, TCS held a 3% market share in the North American Market.

HDFC Bank is an Indian banking and financial services company. It is also one of the most profitable companies in India. The company earned profits of Rs. 38,053 crores for the year 2021-22.

Earlier, the financing arm of the bank would top the list. However, record profits have made HDFC Bank rise in the rank to become the 5th most profitable company of India.

State Bank of India is a public sector bank and financial services company based out of Mumbai, Maharashtra. It is the 43rd largest bank globally and is the only Indian bank on the Fortune Global 500 list of 2020. It has 23% market share by assets and a 25% pie of the total loans and deposits market.

The government of India took ownership of the Imperial Bank of India in 1955 by acquiring 60% stake. The bank was named the State Bank of India. 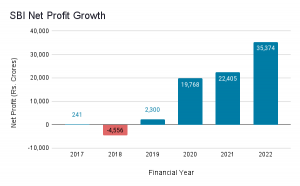 ICICI Bank is an Indian multinational bank with subsidiaries across the UK, and Canada and branches in the US, Singapore, Bahrain, Qatar, Oman, and China. The banking and financial services company even has representative offices in UAW, Bangladesh, Malaysia, and Indonesia.

It has a large network of 5,275 branches and 15,589 ATMs in India. Spread across 17 countries, it offers a gamut of services in banking, investment banking, life and non-life insurance, venture capital, and wealth management.

Rising profits have given a pass to ICICI Bank to enter the club of the top ten most profitable companies of India.

IOC is a public sector undertaking the Ministry of Petroleum and Natural Gas, Government of India. This financial year marked a return to the 2017 fiscal year profit levels for the company.

In 2021, the oil giant was ranked 212th in the Fortune Global 500 list of the world’s largest companies.

Housing Development Finance Corporation Limited (HDFC Ltd.) is one of the most profitable companies in India. They earned Rs. 38,053 crores during the 2019-20 financial year. The company was set up in 1977 with the objective of encouraging homeownership by providing long-term finance.

Today, HDFC is a parent company to various companies engaged in the financial services sector. It is also a major housing finance provider in India.

Infosys Ltd. is one of the most profitable companies in India having generated profits of Rs. 22,110 crores for the year 2019-20. The company is also the second-largest Indian IT company after Tata Consultancy Services (TCS).

Despite having its core business in the IT industry the company has interests in various other industries. These include Aerospace and Defence, Agriculture, Consumer Packaged Goods, Financial Services, Healthcare, Industrial Manufacturing, Insurance, Life Science, Logistics, Mining, Oil and Gas, Retail, etc.

Let us know what you think about the profits generated and how important they are when investing. You would also like to know who are the top 10 companies in India by market capitalization. We are one quarter into fiscal year 2023. Which company do you think will take the top spot for most profitable this year?