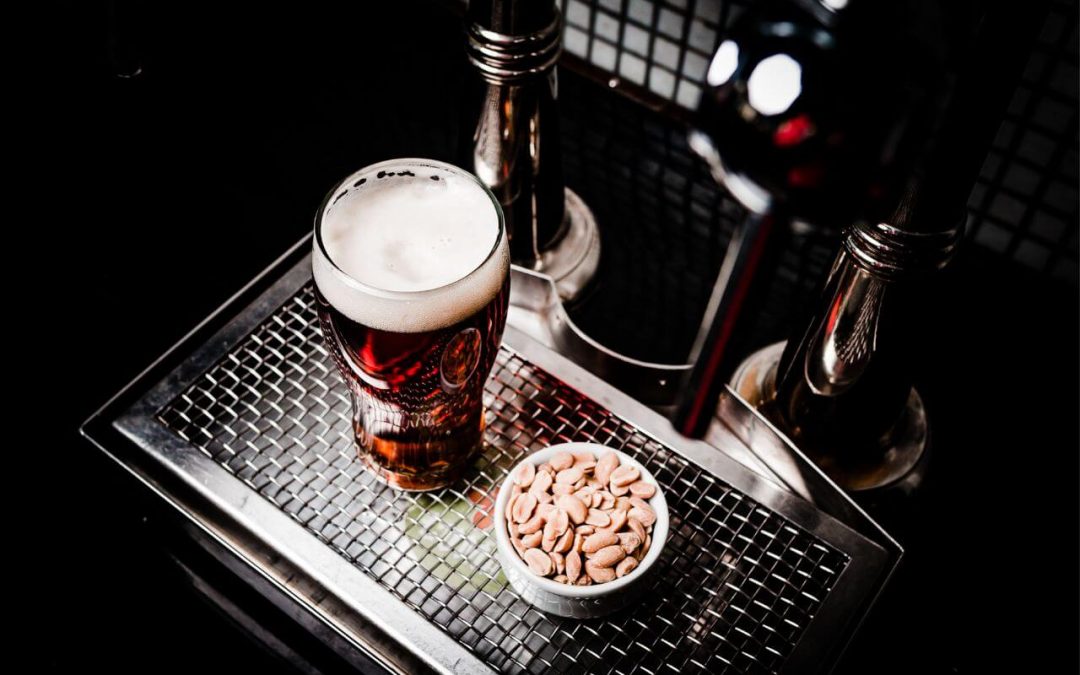 United Breweries Vs Radico Khaitan: Do you remember the first time you tippled? For many, it’s a milestone achieved. And why not? It’s one of those experiences that marks our entry into adulthood.

Some of us feel pressured into having a drink, just because everyone else is, while others are all prepped up. Many people have their first sip of alcohol in the form of cocktails. A few others start with a wine tasting experience. They learn about the five basic steps in tasting wine: see a swirl, sniff, sip, and savour.

In this article, we aren’t going to learn about the ‘5 s’ steps of tasting wine or comparing beverages. Instead, we’ll compare two companies that brew these liquids. United Breweries vs Radico Khaitan, it is! Let’s take a look at the industry in which they function, their business, products, financials and more. Shall we?

According to experts, the world’s population is expected to reach 10 billion by 2050. As the population increases, so will the demand for alcohol. In fact, ICRIER expects the Indian market to grow at a CAGR of 6.8% between 2020 and 2023.

The recent lockdowns have allowed consumers to explore their interest in their drinks on a larger scale. As a result, the industry received a much-awaited push. People have started to prefer premium brands as a result of rising disposable income. In addition, the cocktail culture has also accelerated.

Many companies in this industry are trying to cash in on the ready-to-drink (RTD) segment with a series of launches. RTD beverages offer consumers a hassle-free and on-the-go drinking experience. Demand in the RTD segment shows a healthy sign of market progression. The industry contributes to around 1.5 million jobs in India and generated around USD48.8 billion in sales revenue in 2019. It is open to foreign investments.

Broadly, brand equity drives the buying decisions of consumers and newer product launches add to the attractiveness. However, the per capita consumption of alcohol is low in India. In fact, it is even lower for women in India, with the median age being 27.9. This means that there is room for growth in the industry.

The Indian market is broadly divided into five categories:

The IMFL category makes up almost three-quarters of the overall Indian market. Whiskey is another popular beverage among Indian folks. The government has imposed excise duty on these beverages, however, their demand is inelastic. This means that higher prices may not deter consumption.

The Indian liquor industry is highly regulated. It is subject to various laws, rules and regulations which vary from state to state. Players have to pay high inter-state duties to set up owned or contract manufacturing sites. A complicated tax structure makes the external environment challenging for the existing and new players.

Additionally, licences are required to bottle, store, distribute or retail all alcoholic beverages. Changes or amendments in the laws can adversely impact a company’s performance in this industry.

These factors pose persistent operational challenges. Moreover, they act as a barrier to entry for prospective players too. To add to this, the direct marketing of these products is banned in India.

The company began with five breweries in South India in 1857. Vittal Mallya bought the company in 1947. Since then the company has tasted success and has never looked back. Today, each one of the 89,763 outlets selling beer in India, sells at least one brand from United Breweries.

Radico Khaitan is one of the most recognized IMFL brands in India. Initially, it was known as Rampur Distillery Company and was focused on distillation and bottling for branded players and canteen stores of armed forces. The company ventured into its own branded IMFL products in 1997. It launched its first brand 8 PM whisky which became its millionaire brand within a year of its launch.

Radico Khaitan has a wide range of branded portfolios across IMFL categories of Whisky, Brandy, Rum and White spirits. 8 PM Whisky, Contessa Rum, Old Admiral Brandy and Magic Moments Vodka are its famous brands. In fact, it has launched 12 new brands of which 11 are in the premium category.

As of March 2021, United Breweries had a market share of 52% domestically. The company unlocked the African continent by foraying into seven countries in March 2021. With this expansion, the company has a strong presence in more than 50 countries.

Magic Moments from Radico Khaitan leads the vodka Industry in India with over 58% market share. Its Morpheus Brandy leads the premium brandy category with over 56% market share. The company is one of the major suppliers of branded IMFL to canteen stores department (CSD) in the defence segment. It has been exporting its luxury premium products to more than 85 countries.

United Breweries has 21 owned facilities and 11 contract manufacturing arrangements across India. Its Mallepally Unit, in Telangana, is its largest brewery in India. It has a capacity of 3 million hectolitres. Moreover, its Nanjangud Unit in Karnataka is a 2 million-capacity brewery. It has two 36000 bottles per hour lines and 36000 Cans per hour canning lines. The unit caters to 14 states across the country.

The company is planning to incur a CAPEX of ₹ 250-300 cr in FY22 and FY23 towards maintenance and replacement. As a result, its efficiency across its facilities will increase. It is likely to meet the near-term CAPEX commitments through its internal accruals.

Radico Khaitan has 3 owned distilleries in Rampur, UP and 2 joint ventures in Maharashtra. The company has a total capacity of more than 165 million litres and it operates 33 bottling units spread across the country.

The companies in the alcoholic beverages industry make a good amount of revenue. However, they pay a significantly high amount in taxes like excise duty, service tax and other levies. Therefore, we’ll use the revenue arrived at after deducting these taxes.

United Breweries’ profits show a decreasing trend, as indicated by the trendline. However, the company’s profit has increased by 222.787% in the past year. On the other hand, Radico Khaitan’s revenue has been showing an increasing trend. However, its net profit declined by 5.03% in the latest financial year.

In this article, we took a look at United Breweries vs Radico Khaitan. We understood the industry that they function in, and what their business looks like. Later, we compared them on the basis of revenue, profitability and other key metrics. That’s all for this article folks. We hope to see you around. Happy investing, until next time!