What does Weakening Rupee Against Dollar Signify? 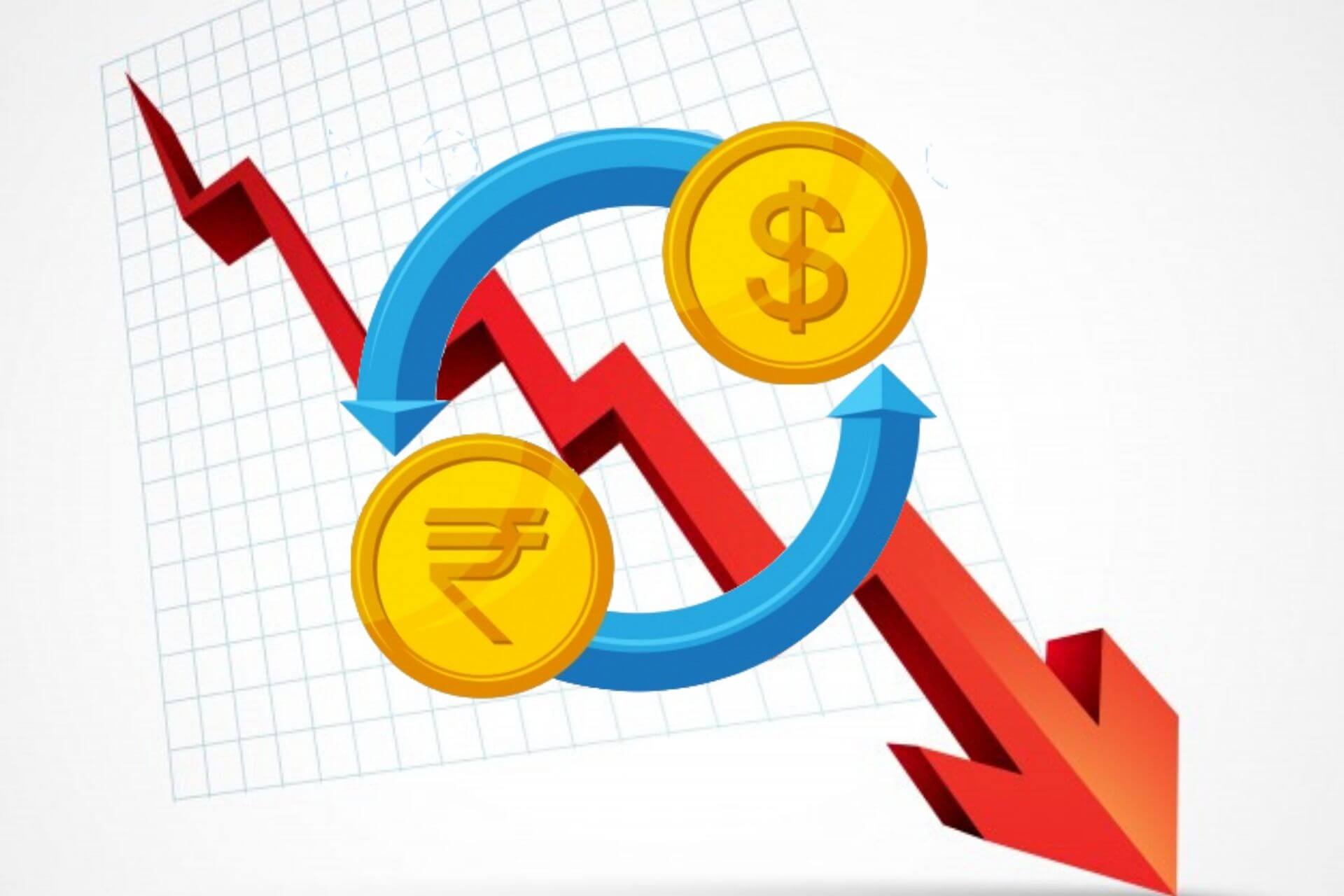 The weakening rupee against dollar meaning & significance: It may come across as a surprise to most of us if we were told that on 15 August 1947, 1 Rupee = 1 Dollar. Today, however, the Rupee stands at 76.16 in conversion from a dollar. In this article, we try and take a look at how this happened and get a clearer understanding of what these figures mean.

Although the Indian rupee can be traced back to ancient India, it derived its official role only in the modern era ever since it was managed by the Reserve Bank of India (RBI). After noticing current rates it does not take long to understand that the rupee has become significantly weaker in comparison to the dollar over the years. But why did this happen? 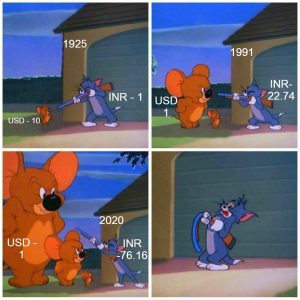 The requirement for the rupee to be first devalued came in 1951. This was because India opted for loans from foreign entities for their 5-year plans. The Indian economy, however, benefitted from this as it gave rise to foreign investments into India. This also gave a push to its exports as Indian goods were now cheaper in the global markets.

The wars faced in 1962 and 1965 further increased the devaluation needs to meet the requirements of the war. By 1985, the rupee stood at 12.57 in comparison to the dollar. Due to the enormous trade deficit of 1991, high rates of inflation saw the Rupee fall further to 22.74. The wars that followed, unstable governments, poor decisions, democratization, and ever-increasing deficit have brought the rupee to where it stands today.

How does the valuation system work?

India currently follows the floating exchange rate. To understand how we arrived at this we would have to first understand the role played by the US and the Bretton Woods agreement.

The two world wars had destroyed the European Economies. Most of the countries had resorted to borrowing loans from the US in exchange for gold during the war. This led to the US having the largest gold reserves after the war. This prompted the 44 countries to decide on the dollar as their reserve currency at Bretton Woods. They were in search of something stable as European currencies were on the brink of collapse after the war.

With the dollar backed by gold, it seemed like a good idea. The US had also promised the 44 countries that they would limit printing. In addition to this, they would also allow any country to exchange dollars for the gold reserve if the country in question decided. 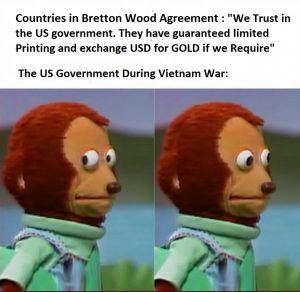 However, as time passed it was noticed that the US was printing money as necessary to fund the Vietnam War. By 1971 the dollar in circulation was considerably lower than the gold reserves held in the US. This was protested by the French government and requested the conversion of their dollar reserve. This led to the then-President Richard Nixon canceling the Bretton Woods agreement and removing the US from the gold standard. 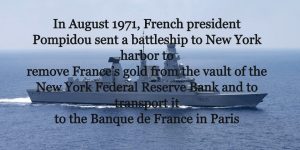 ( Source: A Barbarous Relic: The French, Gold, and the Demise  Bretton Woods)

The earlier steps taken by US president led to the US dollar losing all is value. Nixon, however, cleverly reached an agreement with Saudi Arabia and other OPEC countries to accept only the dollar in exchange for crude oil. In return, the US would provide them with security. The countries accepted the proposal as they were already in a poor state after the Arab War.

This led to the dollar becoming much more powerful than ever before. It made it a necessity for all countries to have dollars to be exchanged for crude oil. This gave rise to the petrodollar and drove us into the era of floating rates. This is a system where the exchange rate is set by the forex (foreign exchange) demand and supply for the currency. Unlike a fixed system where the government can determine the rate.

Before we go further into understanding if the current exchange rates are good or bad, we should first understand a few terms like Forex Reserve and Current Account Deficit.

This is the amount of foreign currency held by the central bank of a country (RBI). The RBI then has the power to control the value of the currency based on the reserve. The reserve can be sold in exchange for its local currency. This would increase the demand for the local currency resulting in appreciation of its value. The foreign reserve of a country also acts as a guarantor.

Determining the value of the Indian Currency

The CAD position and the amount of Foreign reserve leads to the value of the Rupee to be appreciated or devalued. Foreign investors play an important role as they increase the reserve surplus of a country. They invest only if they see value in a currency or market. The interest rates offered by the RBI also influence investors. They prefer to enter markets with high-interest rates. The increased demand for our currency leads to appreciation. If the Interest rates are low on the other hand it would lead to devaluation of the currency.

If the currency appreciates or becomes stronger it leads to imports becoming cheaper. The appreciation will, however, hurt the exports as our goods will be less preferred due to them being more expensive for foreigners. But this would also, unfortunately, increase the trade deficit. 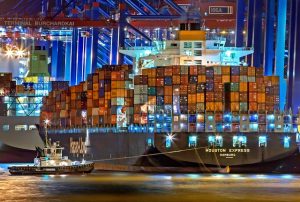 2020 has proved to be a disastrous year so far for the economies all around the world. The rupee stands 76.16 in comparison to the dollar. With COVID-19 cases worsening and the economy in complete lockdown threatening to slip into a depression.

The government has announced a number of measures to combat the COVID-19 one of them being the RBI cutting the rates. The rate cuts were aimed at supporting ailing local businesses by making loans cheaper for them. This, however, was foreseen by the foreign investors as their exit started coming as early as the first week of March. This will lead to a shortage of investments in government infrastructural projects and welfare schemes.

The lower interest rates will lead to more money in the hands of individuals which in turn would lead to increased consumption. Increased demand would result in higher levels of inflation leading to the Rupee being devalued further. The government will have to focus on increasing the exports as Indian goods will be cheaper abroad due to the devalued rupee. This, however, would be an uphill challenge as all the other economies are also facing lockdown bracing for depression.

The effects of the falling Rupee on different sectors will differ. It will depend on whether the sector is import oriented or export. An import oriented sector will face disastrous consequences as they will have to pay more for the same quantities. If the sector depends on export like the Indian textile sector it may be beneficial if the markets respond favorably. 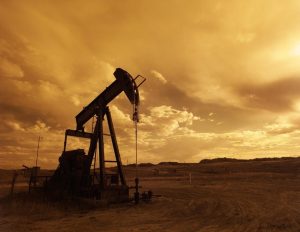 One of the silver linings has been the fall of crude oil prices due to the Russian vs OPEC feud. This could help in maintaining the Rupee value. This could also have provided some relief to the ailing Aviation, Oil and Gas, and Power sectors but the government has not passed on the benefits of the reduced prices as the prices remain at the same level as those before the fall.

Does an appreciation of currency have to be good news?

The best example to consider the effects of the appreciation of a currency would be the Japanese Yen. In the 1980s, the Plaza Accord was signed in an agreement to devalue to the dollar. This saw the Yen rise from the previous 270 per dollar to 80 per dollar within a decade. This may have proved beneficial to Japanese importers and tourists and had a disastrous impact on its export industry. This led to over two decades of economic stagnation and price deflation.

Today 1 Bangladesh Rupee = 1.28 Yen, but this does not mean in any sense that Bangladesh is performing better than the Japanese. Countries are known to intentionally devalue the currency in order to boost exports and tourism. This would also prove beneficial to the Indian tourism sector. This is because tourists target cheaper countries, but with the COVID-19 scare to persist even after it is controlled it seems like a long shot.

Appreciation of the currency, on the other hand, would also not immediately prove beneficial to the IT sector as most of the jobs are outsourced from the US and Europe due to the cheaper solution. If such a situation were to arise where 1$ = 1 Rupee, it would lead to large scale job losses. This is because companies would rather keep jobs in the US. This would lead to inflation further deteriorating the economy, eventually leading the currency to be adjusted to its original value.

If the Indian economy is to take the rupee appreciation seriously it has to be done by improving infrastructure, raising the living standards, alleviating poverty. The most important would be to increase quality production not only in our products but also in our human resource where both are competitive and better than standards available elsewhere in the world. This would increase demand and eventually lead to appreciation of the Rupee.