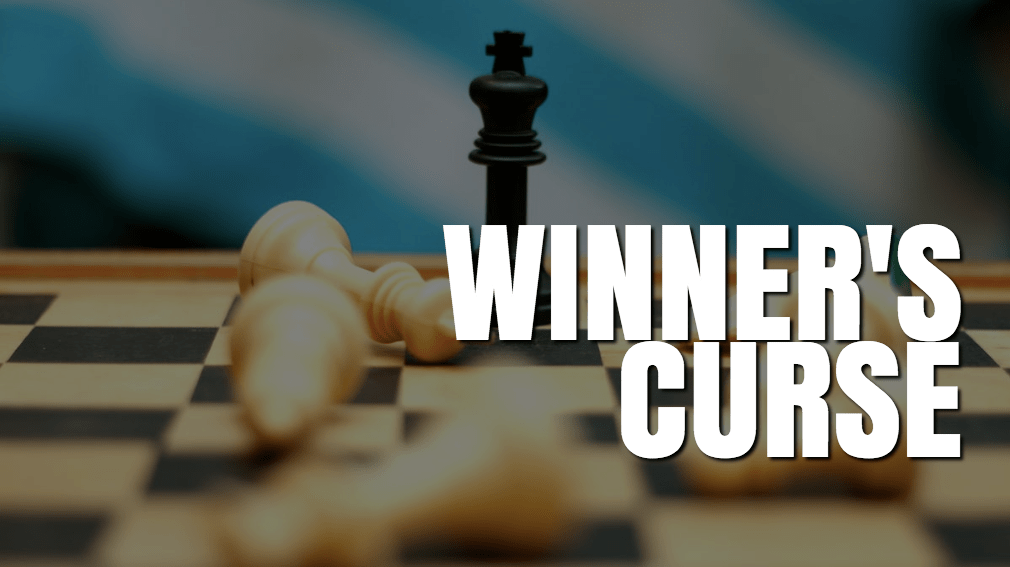 Have you ever had a chance to participate or witness an auction?

If yes, then you would relate to this better! As interesting as the name of this phenomenon sounds, the outcomes are pretty relatable too.

Many statisticians, mathematicians, and successful investors have discovered and scribbled a pretty common sequence of scenarios that happens mostly during the auction. Let’s try to give you an overview of this:

As obvious, in such scenarios, the last one to bid gets the asset and hence gets the title of “the winner”.

But has he actually won? What do you think? The inference can be a bit deeper than you are assessing it to be.

Such scenarios are quite noticeable everywhere – from IPL auctions to jewelry auctions to the real estate to the stock market, you might get to see this every time. The phenomenon could be explained clearly with the use of a couple of suitable examples in this article.

“Winner’s Curse” is quite noticeable in the domain of investing. Generally speaking, a newbie tends to fall in such pitfalls quite often! Keep reading this article to know more about the winner’s curse!

If you haven’t had a chance to witness an auction yourself then you have a chance to virtually experience it over here!

Basically, an auction is a set up organized by the “current owner” of an asset who is interested in selling the asset to one of the bidders who are participating in the auction. The owner can be a bank or any other financial institution as well.

A set of people who are interested in purchasing the “on sale” entity are called bidders who have the leverage of placing the bids on the entity. The bidding starts with a base price (the one put forward by the “current owner”) and the bidders have to one-up their biddings to own the asset/entity.

The mentioned set of actions is repeated until no bidder out rules the last bidding. As a result, the final bidder gets the asset – sound simple?

Where is the loophole?

Psychologically speaking, the overwhelming and competitive environment of bidding in an auction makes the bidder claim the entity at a higher price than what is profitable (admissible).

This overestimation of the final bid for an entity is actually the cause of “winner’s curse”. 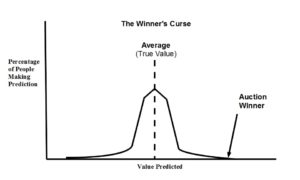 What triggers this curse?

They say, “Emotional stability is one key factor when it comes to investing”.

You would have seen various collaborations of multinational companies. In fact, the whopping amount for which the shares for a certain company get sold is quite huge, right? Well, the winner’s curse is actually playing the cards for it sometimes.

In fact, various multinational giants get caught in this trap. Is it emotional friction or winning at any cost? I’d say both.

The human brain works in a pretty competitive way and the reason can be delved into the core of cognitive science. After the “successful bidding” one gets to realize the loss incurred but the dust gets settled by then.

A rapid increase in an entity’s price followed by its contraction is a sequence followed by various financial experts. The strategy works when a number of people get lured by the so-called “lower prices” of the assets and end up paying for it.

Also read: Efficient Market Hypothesis -The Only Theory That You Need to Read Today.

Winner’s Curse in the Stock Market:

1. Buying stocks at a high price.

In the stock market, every now and then, you may come across a storyline where people are buying expensive stocks because they don’t wanna lose the opportunity. Here, they are ready to bid a huge price to win that stock. However, purchasing an overvalued stock (only for the sake of winning) is never advantageous for the investors.

2. Investing in IPOs where the insiders are selling their stakes and public is bidding.

IPO is a scenario where a company offers its shares to the public for the first time. During an IPO, insiders like Promoters, Family, Early Investors- Angel capitalist, Venture capitalist etc are selling their stakes to the public.

However, do you really think that the insiders will sell their stakes to the public at a discount?

Anyways, in order to win, the public is ready to bid a high premium (most of the time) for that IPO. However, after the IPO gets allotted to the people, the winner’s curse starts playing its role.

Also read: Is it worth investing in IPOs? 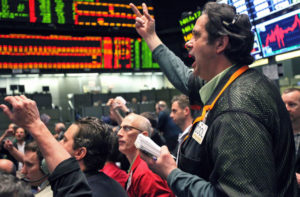 You might want to steer clear of this the next time you go for a hefty investment, right? Don’t worry you can try out some precautionary measures with which you should do fine at the “war zone”.

Things to Remember while Bidding:

1. Just as analysis and research are two important things to do before making an important investment. Similarly, knowing the true value of the asset you are bidding for is quite important before you even go for it. You should know that you stick to your actions even better once you have the basics cleared in mind.

There must be a fair standard price of the commodity you’d be bidding for. Get to know about it beforehand.

2. Draw a line: Putting aside an emotional mindset is the best thing that you can do while bidding for an asset as emotions and finance don’t mix well together. As soon as you start placing your first bid, you should know where to draw the line. This would help you hold your grounds in a much better way.

3. Know how important it is for you to win: Rational arguments are always better when you are in a confused state of mind. Ask yourself why does winning actually matter to you?