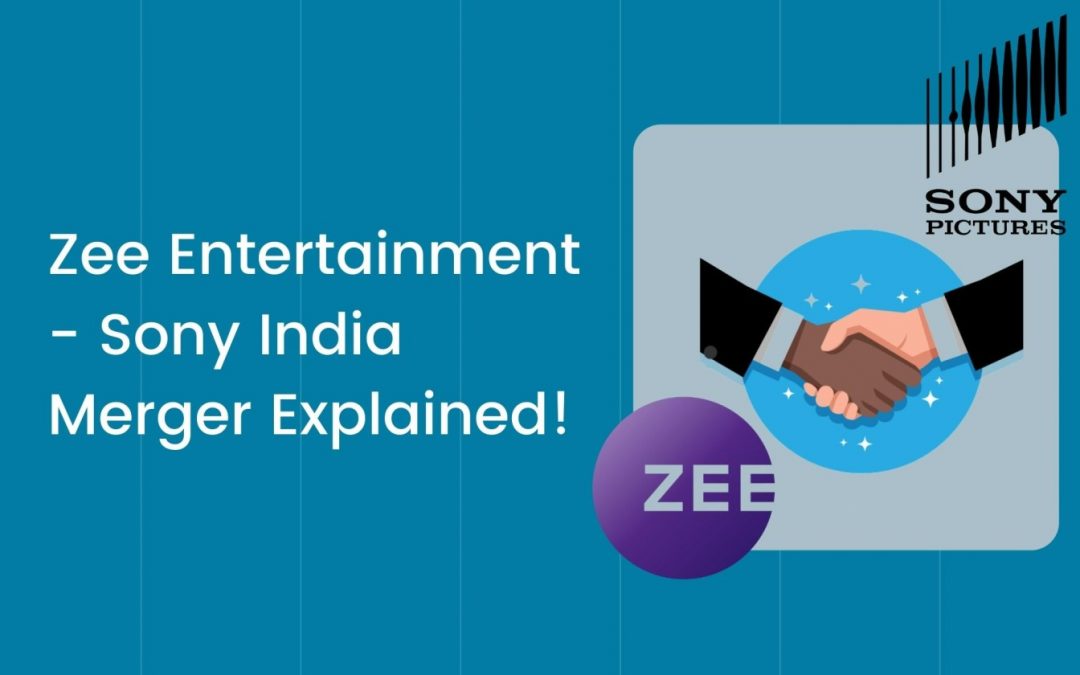 Two of India’s top media behemoths Zee Entertainment Enterprises Limited (ZEEL) and Sony Pictures Networks India (SPNI) have moved forward in what is expected to be a multi-billion dollar merger. The Zee board of directors met earlier today and approved the merger between the two. This deal could potentially make the newly formed entity one of the biggest and most sought after in the country.

Accordingly, as part of the deal, Sony Pictures Entertainment will invest $1.575 billion into the newly merged entity. The board of Directors of Zee met on September 22nd and gave in-principal approval for the execution of a non-binding term sheet with SPNI. In addition to this, a non compete agreement will also be signed between the 2 parties. Both of them are expected to complete the due diligence within 90 days.

Commenting on the merger, R Gopalan, chairman of Zee Entertainment, stated  that “ZEEL continues to chart a strong growth trajectory and the board firmly believes that this merger will further benefit ZEEL,”, “The value of the merged entity and the immense synergies drawn between both the conglomerates will not only boost business growth but will also enable shareholders to benefit from its future successes.”

What can be expected in the coming months?

Sony currently has 700 million viewers in India and makes 9% of the market share while operating 31 channels that reach out to 167 countries. Following the merger, the newly formed entity will own more than 130 channels in 10 languages reaching out to over 190 countries.

This further will also help the businesses in several other areas as both the companies have their presence in similar businesses. The Zee Entertainment- Sony India merger will also further fuel the growth of their movie production business. Zee currently owns more than 4800 movies and a staggering 2.6 lakh hours of TV content.

Another interesting area that is expected to spur growth for both businesses is the OTT space. The two companies compete using Zee5 and SonyLiv in the OTT segment. Zee5 held a 9% market share with Sony Liv holding a 4% market share.

This merger will further help the new entity compete with OTT market leaders Disney Hotstar, Prime Video and Netflix. In addition to that the newly formed entity will remain the only listed Indian OTT platform apart from Alt Balaji (4% market share).

Is everything sailing smoothly for the 2 companies so far?

After the merger, Punit Goenka who is already leading ZEEL will also lead the new entity as its Managing Director (MD) and Chief Operating Officer (CEO).

This however has raised several concerns in the past. A week earlier Zee shareholders asked for the removal of the current management including Goenka and also its promoters. The company’s proxy advisory firm Ingovern had raised concerns over Goenka being appointed as a member of the companies audit committee from March 17, 2021.

Ingovern had stated that it was strange that the board had allowed the induction of the promoter executive director into the audit committee. Companies biggest shareholders Invesco Developing Markets Fund and OFI Global China Fund had also called for the removal of Goenka.

What happens to the current shareholders of the company?

ZEEL currently is a listed company and will continue to remain listed even after the manager. Sony of the other hand is not listed in the Indian markets. The resulting merged entity will be a publicly listed company.

Post the merger ZEEL’s investor share in the new entity will be 47.07%. Sony Pictures Network will hold the remaining 52.93% of the stake in the merged entity.

After news of the Zee Entertainment- Sony India merger broke out earlier today the shares of ZEEL rallied 31.62%. This upward rally was also observed in its other subsidiaries  Zee Learn and Zee Media which respectively rose by 13% and 5% respectively.

Big Bull Rakesh Jhunjhunwala’s Rare enterprises had reportedly bought 50 lakh shares at Rs. 220.44 in bulk deals. The rally in the share price earned him a profit of Rs. 50 crores in just 8 days.