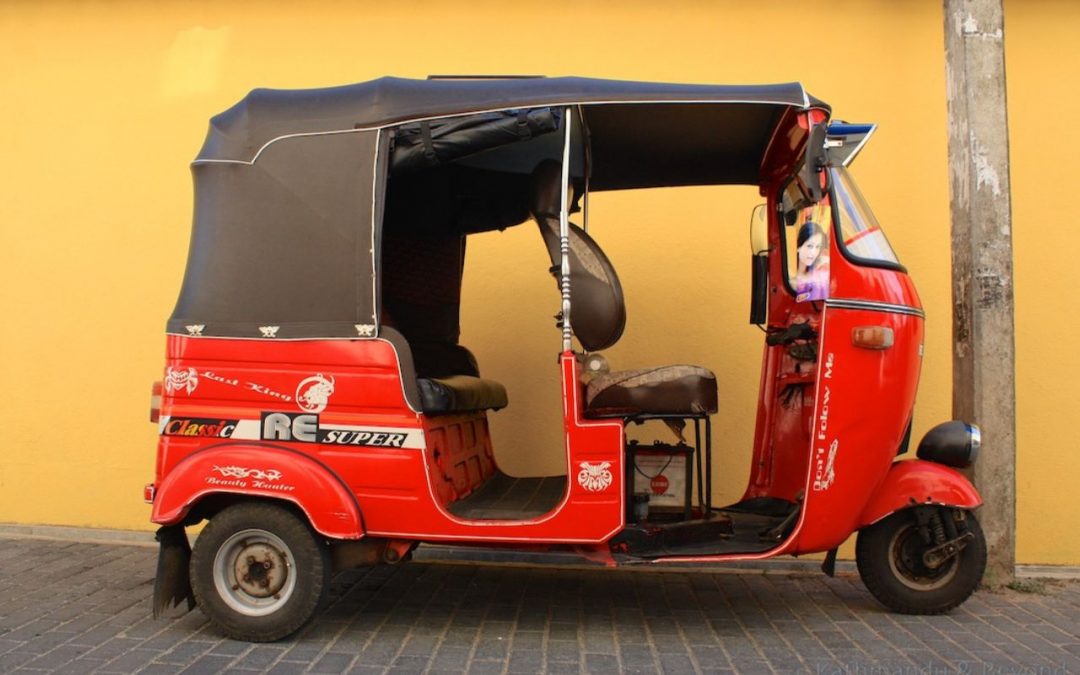 Despite being one of the most populated countries, most cities and towns in India are practically run by auto-rickshaws a weird contrast as it seats only 4. This is because they form one of the cheapest and most accessible modes of transport thanks to Indian roads for a huge portion of the population here. The various forms in which we can see the three-wheelers on the road are either as a public mode of transportation or as a carrier of goods. In this article, we take a closer look at the three-wheeler industry in India and the Best Stocks in Three-Wheeler Industry. Keep Reading to find out!

The Indian three-wheeler industry- an overview

India is the largest producer of three-wheelers in the world. But just like some sectors of the economy, India’s three-wheeler market has been very badly impacted by the Covid-19 pandemic. There is a major structural shift in the mode of transportation from shared to personal vehicles.

India’s three-wheeler market is segmented based on vehicle type, fuel type (ICE), battery capacity (Electric), and region( rural and urban). Based on vehicle type, the market can be categorized into passenger carriers & load carriers. The three-wheeler market is dominated by the passenger carrier segment, followed by the load carrier segment.

It is the world’s largest manufacturer of auto rickshaws and accounts for almost 84% of India’s three-wheeler exports. It offers an extensive product portfolio of vehicles compatible with all fuel types – Petrol, LPG, CNG, Diesel and for all categories – small, medium, and big.

Bajaj Auto has also started testing its first electric three-wheeler set to launch sometime in 2022. The company is also working on an electric version of the Quote quadricycle which Bajaj Auto launched a few years ago.

Some of the popular three-wheeler models sold are Bajaj RE, Bajaj Maxima XWide, MaximaC, and MaximaZ.

M&M is one of the largest vehicle manufacturers by production in India. Its subsidiary Mahindra Tractors is the largest manufacturer of tractors in the world by volume. It is a part of the Mahindra Group, an Indian conglomerate.

To foray into the EV space, M&M recently announced a collaboration with Magenta, electric mobility solutions provider, to deploy 100 units of its electric three-wheeler, Treo Zor, in Bengaluru. It will be inducted into the delivery fleet of Magenta’s new e-mobility platform known as Electric Vehicle Enabled Transport (EVET). It recently crossed the 50,000 unit sales mark for electric 3 wheelers.

The company posted positive Year on Year growth for its three-wheelers which stood at 1,818 units in the past month, up from 724 units sold in June 2021. The market share decreased from 3.93 percent to 3.59 percent YoY.  The financials of the company have positive signs like a very low debt and Zero promoters pledge.

However, even with this, the company reported a loss of rupees 25 crores in the fiscal year 2022. The reason can be the presence of the company only in the commercial vehicle sector as compared to its peers.

The company has its specific value for producing a complete range of commercial vehicles, including many fuel types such as Electric, Diesel, LPG, CNG, and Petrol. The top models under this brand are Atul Shakti Cargo 3, Wheeler, GEM Cargo 3 Wheeler,  Elite Cargo 3 Wheeler, Elite Plus 3 Wheeler, and Gem Paxx 3 Wheeler.

TVS Motor Company (TVS) is an Indian multinational automotive company that manufactures motorcycles, scooters, and three-wheelers. It is the third-largest motorcycle company in India.

The company has a high debt compared to its peers, which has significantly risen over the last five years. The debt to equity ratio of the company is concerning at 3.48.  The valuation of the company also seems to be a little higher as the P/E ratio is around 55.13.

Earlier this year, the company announced an investment of Rs 1,000 crore in its EV business. It is readying a portfolio of two- and three-wheelers in the range of 5-25kW, all of which will be in the market within the next two years.

The Indian auto industry is expected to record strong growth in the coming years, post recovering from the effects of the COVID-19 pandemic. The demand for three-wheelers in our country is growing year by year. India’s three-wheeler market is expected to exhibit a CAGR of more than 15% by the year 2023.

Electric vehicles, especially two-wheelers and three-wheelers, are likely to witness positive sales in the upcoming year.

That’s all for this article on Best Stocks in Three-Wheeler Industry in India. Let us know in the comments what you think. Happy Investing!