Which Companies Under Adani Group Can You Invest In? 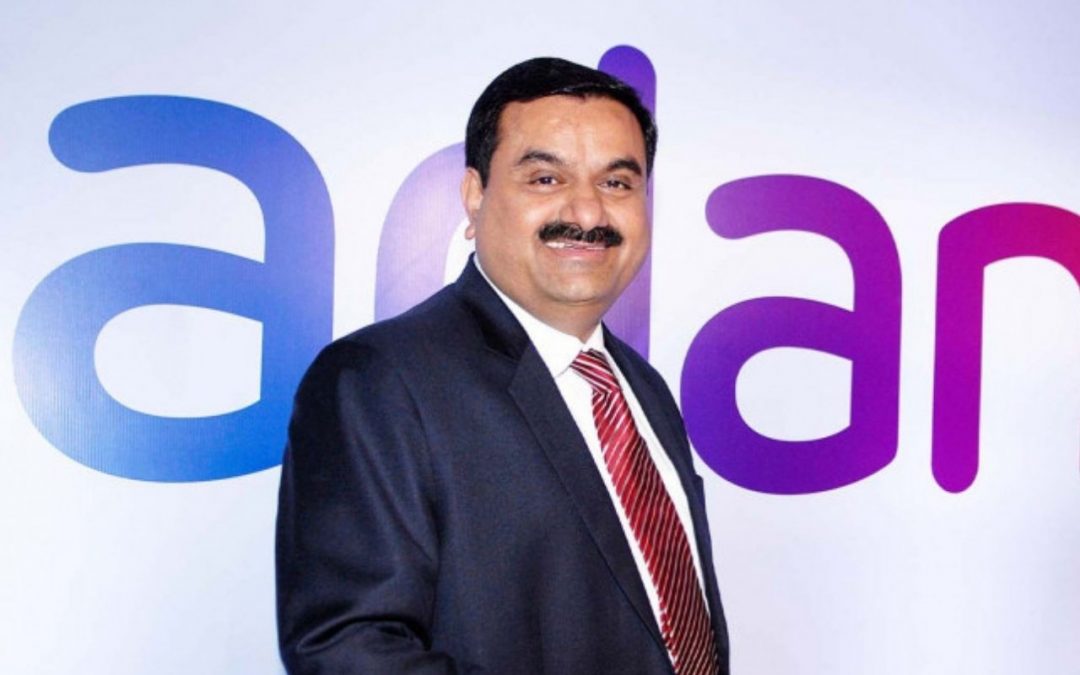 Companies Under Adani Group: India is home to some of the largest conglomerates which are dominating the world of business. Some of these companies are centuries old, if not decades.

One similar trait is that each one of these started as a small business, they focused on a single area which later diversified into multiple fronts.

One such Indian multinational conglomerate is the Adani Group. In this article, we will have a closer look at the listed companies under the Adani group.

Keep reading to find out!

The Adani group was founded in 1988 by the visionary businessman Gautam Adani. The company started as a commodity trading business with an initial capital of Rs 5 lakhs.

In 1990 the Adani Group developed its own port in Mundra to provide a base for its trading operations.

By 1998, it became the top net foreign exchange earner for India. From there, the group started diversifying into other sectors.

Adani Group now has a combined market capitalization of over $145.38 Billion (as of February 2022).

Here are the listed companies under the Adani Group:

AEL has become a pioneer with its natural resources business by being an integrated coal management company and also undertaking various Water Distribution Projects and Desalination Projects.

In its aviation portfolio, the company has taken over operations of airports at Ahmedabad, Lucknow, Mangalore, Guwahati, Jaipur & Thiruvananthapuram.

It is further in the process of acquiring Mumbai and Navi Mumbai International Airports. AEL has forayed into the defense and aerospace segment.

AEL has added debt in the last year and its debt to equity ratio stands at 0.93. The company often finds itself in the midst of regulatory investigations or legal cases.

Despite that, the performance of the company remains strong. These reasons made the stock price surge 117.43%  in the last year.

The company is not far behind in its ESG initiatives as well as they were assigned the highest ratings in India from Dow Jones Sustainability Indices (DJSI) and Standard & Poor’s Global (DJSI-S&P).

The promoters have reduced their pledge by 1.84% which now stands at 27.37%. The balance sheet of the company is debt-filled which leads to higher interest payments.

The stock has given a multibagger return in the last year with its share price shooting up by 132.34%.

Apart from that, they are serving more than 3 million customers through its distribution business in Mumbai. It has the longest Private HVDCLine in Asia from Mundra to Mohindergarh.

Just like the other companies under the Adani group, ATL also has a high debt in its financial statements which leads to a higher cash outflow in the form of interest payments.

On the bright side, the promotes have remarkably reduced their pledge from 27.77% to 7.22%.

Another multibagger stock of the Adani group of companies has given a return of 161.76% to its investors in just one year.

Adani Wilmar is a joint venture between Adani Enterprises Ltd and Wilmar International Ltd. It has the largest range of edible oils comprising soya bean, sunflower, mustard, and rice bran.

They have 22 plants that are strategically located across 10 states in India, comprising 10 crushing units and 18 refineries. Its ‘Fortune’ brand of oil has around 20% market share in India.

Unlike the other Adani group of companies, AWL has low debt and zero shares of the promoters pledged. The margins of the company have also been rising over the years.

The company got listed on the Indian stock exchanges on 8th February 2022. The shares saw a tepid listing as they listed at Rs. 227 against the cap price of Rs. 230.

This company is the largest listed pure-play renewable power producer in India. Adani Green has a portfolio of solar and wind assets of 3,520 MW operational capacity.

The company operates the Kamuthi Solar Power Project, one of the largest solar photovoltaic plants in the world.

In late 2019, it became the first Indian company to offer investment-grade US dollar green bonds worth US$362.5 million to foreign investors.

AGEL earned a revenue of Rs 3,124 Cr and a net profit of Rs 210 Cr. On the bright side, the company’s promoters recently increased their stake in the company while decreasing their pledge which now stands at 0.98%.

The concern could be the increasing debt and high-interest payments that it has to make. In the past year, the shares of  AGEL have surged by 81.49%, adding it to the list of high return stocks.

ATGL is active in more than 130 countries and has nearly 800 production sites worldwide. It holds the 2nd rank in the world for Liquified Natural Gas (LNG).

The key strengths of the company could be the increasing margins, Low debt on its balance sheet and zero promoters pledge.

In addition to that, the promoters holding has remained unchanged in the last 5 quarters. This stock has given the highest return of 251% out of all the Adani group of companies in the last year.

To further strengthen its position, it made 4 key acquisitions of KPCL, GPL, DPL, and SRCPL in FY21. This will also improve the East Coast -West Coast parity. In addition to that, it has emerged as the first private sector railway track asset company.

The company recorded total revenue of Rs 12,550 Crore with its Net Profit rising by 33% from the previous year to Rs 5,049 crore.

Adding to that, ASPEZ saw the highest Margin among peers globally with an EBITDA margin of around 70%.

The promoters pledge stood at 15.28% on Dec 21 quarterly which is a significant reduction from 38.15% last year same quarter.

In this article, we looked at the listed companies under the Adani group.

The group has positioned itself to be the market leader in its transport logistics and energy utility portfolio businesses focusing on large-scale infrastructure development in India.

This sums up the reason why Gautam Adani, chairman, and founder of the Adani group, has over-throned Mukesh Ambani and became the richest man in India with a net worth of $89.5 Billion. That’s all for this post. Happy Investing!

Have you invested in any of the listed companies under the Adani group? Let us know in the comments!