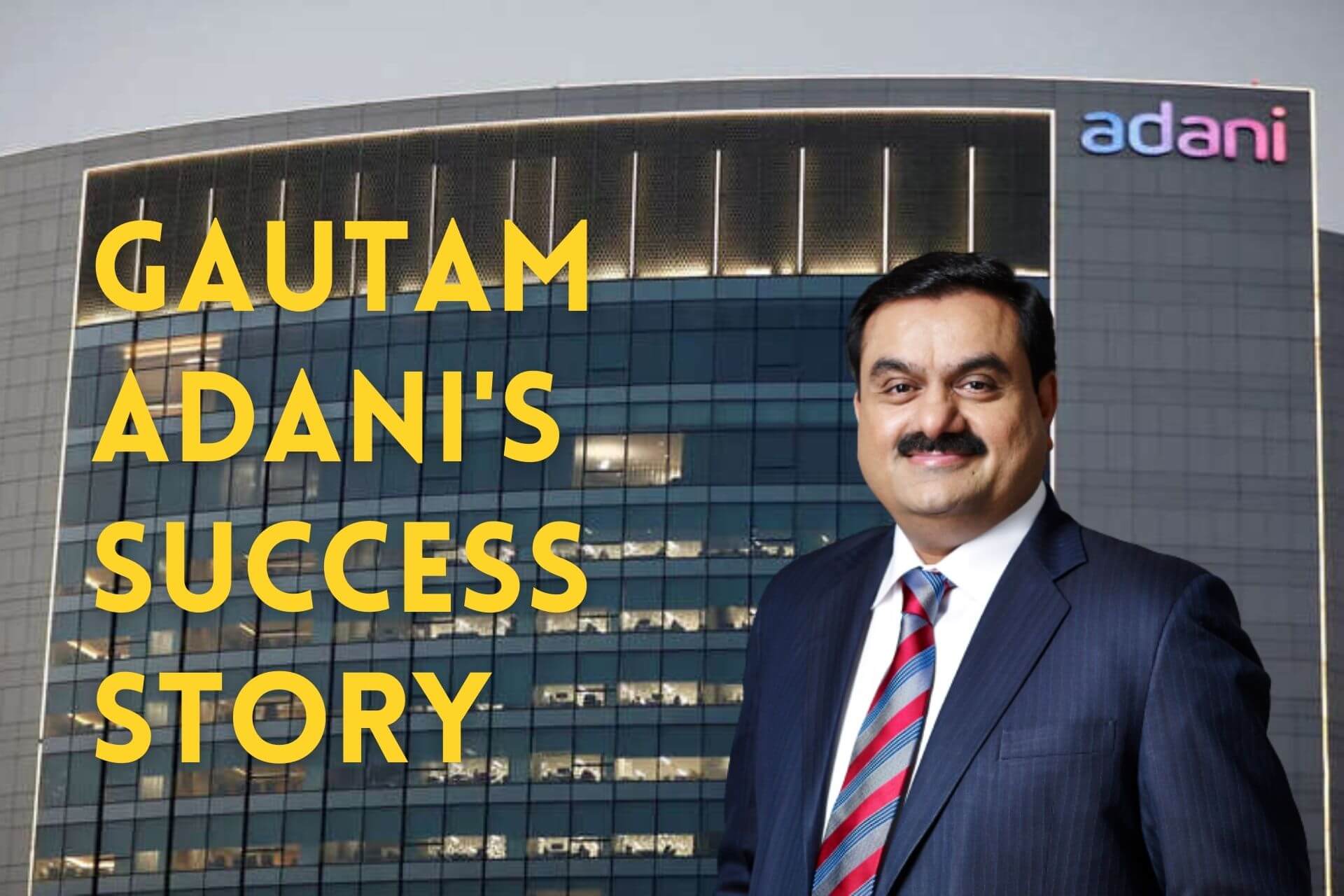 A Walkthrough Gautam Adani’s Success Story: Investors today feel that they are missing out on something big if they have not included the stocks of the Adani group in their portfolio. But today we look at the man behind one of the biggest wealth creators in the country i.e. Gautam Adani’s success story to become the second richest man in India.

We have gone through many success stories in the past. But what makes Adani’s journey truly extraordinary are his humble middle-class beginnings.

Gautam Adani was born into a Gujarati-Jain family on 24 June 1962. Adani had 7 siblings while his father was a textile merchant. His family faced several challenges as they struggled financially.

Adani was set to follow in the same footsteps and spend most of his childhood accordingly. He enrolled for B.Com at Gujarat University.

While being bombarded with mundane accounts and economics he realized that academics were not for him. To everyone’s surprise, he decided to drop out and work on things that really mattered to him.

Adani recalls “I was in college for two years but I didn’t attend too much. Then I decided to drop out. I was having too many nightmares about failing in the exams”.

As a teen who just dropped out of college Adani moved to Mumbai with just Rs. 100 in his pocket. As luck favored him he secured a job with diamond brokers at Mumbai’s jewelry market Zaveri Bazaar.

But Adani did not just simply work there, he used the 2-3 year period to learn the ins and outs of the business. He used this to set up his own diamond brokerage – his first business. Adani was already a millionaire by the age of 20.

It was just then that Adani seized his next opportunity. His elder brother Mahasukh Adani had acquired a plastic factory and called Gautam Adani to Gujarat to help run it.

Adani moved back to Gujarat to manage the business. It was here that Adani began slowly entering the big leagues of Import and export in 1985. Adani decided to import polyvinyl chloride or PVC to India.

By 1988 Adani founded Adani Exports Ltd. which is today the holding company for the Adani Conglomerate.

1991 marks the year of liberalization for the Indian economy. Till then Adani focused his company’s resources on the power and agriculture business. But with the Indian economy opening up to the rest of the world he felt that it was the right time to diversify.

The company began to grow in leaps and bounds as Adani had now also entered the textiles and metals.

In 1993 Adani entered into Ports and SEZ, the business the conglomerate is well known for today. He did this by securing a contract from the Government of Gujarat to operate the Mundra Port.

Adani turned the port into India’s largest privately operated port. By 1995 the Mundra port was dealing in over 200 million tonnes of load every year.

His business acumen was clearly visible here as is said to have convinced railway minister Nitish Kumar a few years down the line to integrate ports to railways. This now allowed Adani to run his own rail tracks from the port to the nearest railhead.

He also went onto build a 2 KM airstrip in his port. This made the Mundra port the only one with its own airstrip in India. This would further aid the transportation of high-value but low-volume goods like pharmaceuticals and diamonds.

In 1996, he set up Adani Power Ltd. and by 2006, Adani had also entered the power generation business.

One of the darkest moments of Adani’s life was when he was kidnapped at gunpoint and held for ransom two decades ago. In 2008, Adani once again found himself in the midst of the 26/11 terror attacks at the Taj. Adani managed to survive both and went onto thrive in the business world.

Adani further diversified his business into oil and gas exploration and logistics. The Adani group also became the largest private power producer in the country.

Adani was quick to identify industries with rapid growth coupled with the support of the government. This also led the company to foray into green energy, one of the biggest wealth creators in the last year.

Despite taking on $17 billion worth of debt, the company has still been able to raise funds from foreign banks for Adani green.

Amidst COVID, Adani’s fortunes have grown multifold. This is thanks to the surge in share prices of his ports, gas, and mining companies. Again, the Adani green topping the wealth creators in the Adani Group.

The shares of Adani green have grown over 7 times after it received a $6 billion solar-power deal.

The Adani family today is one of the wealthiest families in the country. All thanks to the ability to take risks and the business acumen of one man. What makes this even more inspirational is that Adani too started out in the same position as many are in the country.

That’s all for this post. Let us know what do you think of Gautam Adani’s Success Story and who you would like us to cover next. Happy Reading!