Economic Calendar: Must Know Financial Events that Move the Market! 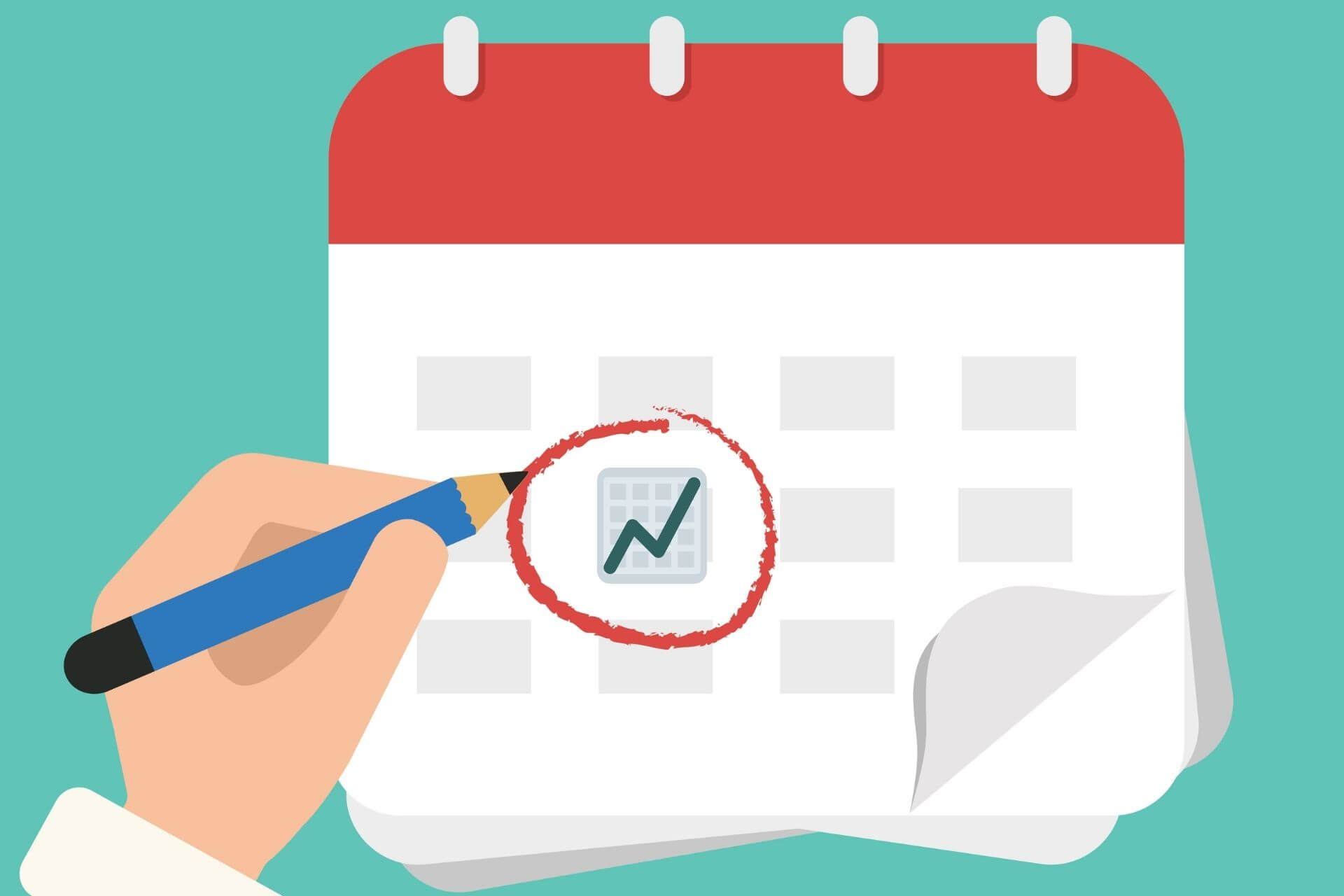 List of Economic/ Financial Events that Move the Market: There is a multitude of Economic factors that determine the performance of financial markets. Throughout the economic calendar, new information becomes available at periodic intervals that provides insights to better understand the present and predict the future.

Today, we’ll look into the major financial events that move the market. This article gives a brief description of the various economic events that Indian investors keep a track to assess the overall health of the economy and its impact on their investments.

Some of the most important economic data releases that impact the Indian financial markets are:

Another index is the Wholesale Price Index (WPI), which measures the prices at a wholesale level. The data for both – CPI and WPI is released by The Central Statistics Office. The percentage increase in the value of the index indicates the percentage change in the aggregate price level, i.e. inflation. The impact of inflation on the stock market can be both – positive or negative.

Most often, higher inflation causes the purchasing power of consumers and fall and reduces demand. Higher inflation could also lead to a rise in interest rates that increases borrowing costs and reduced valuations (due to higher discounting rates). These factors negatively impact the markets overall.

A positive aspect of rising inflation is that some inflation is essential for economic growth. For example, countries in Europe and Japan have been trying for years to revive inflation that would help spur economic growth. Inflation also impacts different sectors and companies differently. A company’s ability to pass on higher input costs to its customers will determine the impact of inflation on its profit margin.

An index that tracks the growth in manufacturing activity in the economy is the Index of Industrial Production (IIP). The IIP is calculated monthly and released by the Central Statistics Office. Low or negative growth in the IIP is bad for corporate sales and profits; thus, stock prices fall in reaction to it.

The most popular measure for the size of the economy is the Gross Domestic Product (GDP). It is the total value of all goods and services produced within a country in a particular time period. The growth rate of GDP indicates the health of the economy. The GDP data for India is calculated quarterly and is released by the Central Statistics Office.

High growth in GDP indicates growth in income and strong aggregate demand, and corporates are likely to perform better in such an environment. Thus high GDP growth coincides with an increase in stock prices and valuations.

Another measure of economic performance is the Unemployment rate, which is measures the number of people unemployed as a percentage of the total labour force. Higher unemployment indicates a poor state of the economy – companies less willing to hire, reduced aggregate demand and further layoffs.

Monetary policy refers to the process through which the central bank (RBI) regulates and controls interest rates, money supply and credit in the economy in order to achieve its objective of price stability and economic growth.

A fall in discount rates improves valuation in the equity markets; thus, a low interest rate environment is always bullish for stock prices. Furthermore, fixed income and money markets are very sensitive to interest rate changes; a fall in rates causes prices to rise. But there is always a risk of financial instability and high inflation that needs to be checked. The task of the Central bank is to balance and maintain interest rates that are neither too high nor too low.

Market participants pay close attention to the monetary policy decision taken by RBI’s monetary policy committee (MPC) that meets every two months. The minutes of the meeting, the RBI Governor’s speech, the stance of the policy etc. is scrutinized and have a material impact on market prices.

But the most important element of the monetary policy is the Repurchase Rate (Repo rate). It is the rate at which banks can borrow money from the RBI. Through the Repo rate, RBI tends to influence all other interest rates in the economy. A high repo rate would slow down economic growth; thus, stock markets react negatively to it. 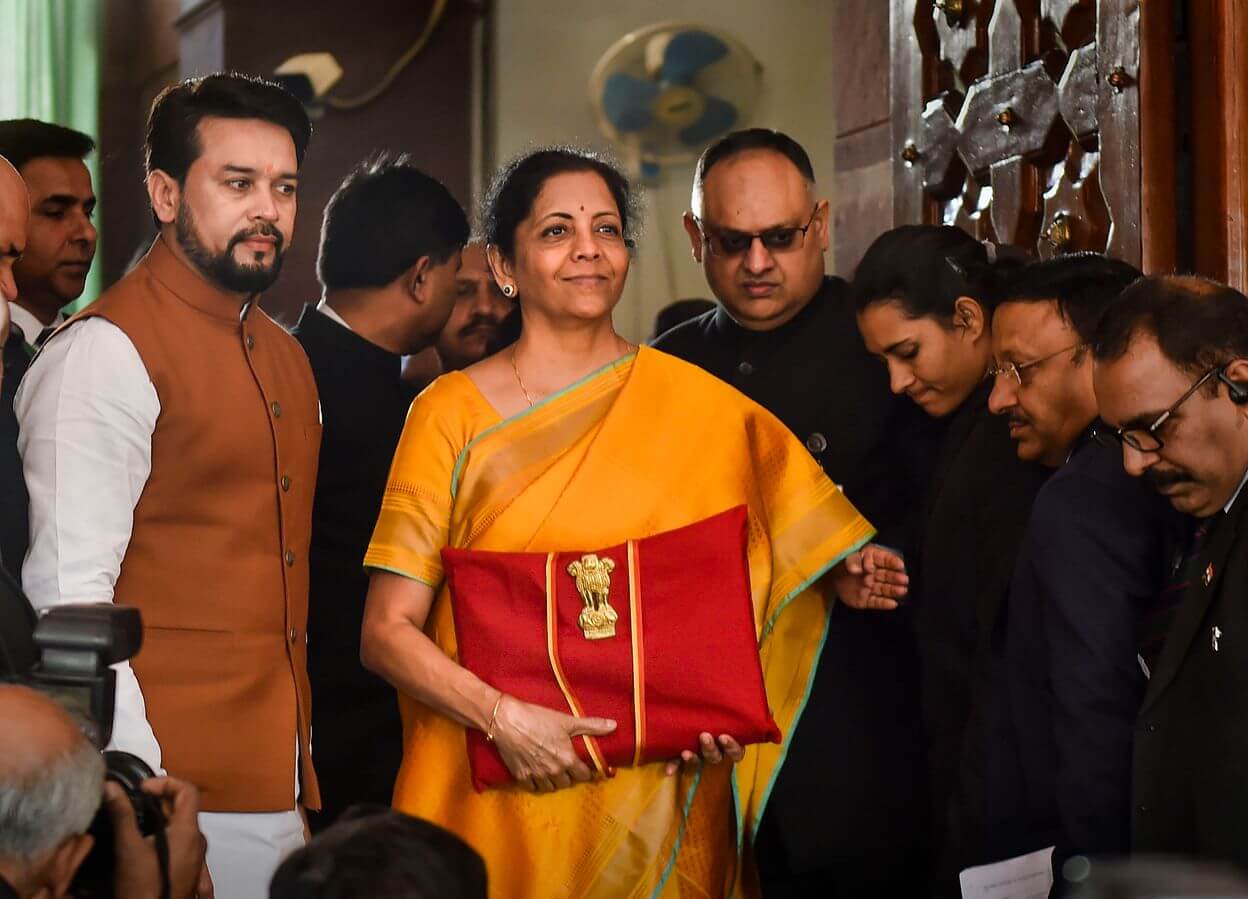 The Union budget is an annual financial statement for the government’s estimated revenues and expenditures; it is a blueprint of the government’s fiscal policies, which includes the changes in taxation and economic reforms to be undertaken. The Budget has a wide-ranging impact on the economy, on companies across industries and individuals.

The Finance minister presents the Union budget to the nation every year in the month of February. It has been noted that the markets experience heightened volatility in stock prices during a few days before and after the Budget. Huge swings in prices become commonplace as market participants try to anticipate the Budget’s impact on company profitability and economy in general.

The Budget influences markets through the following channels:

The personal disposable income of individuals is affected by personal income tax and various indirect taxes. An increase in these tax rates increases prices for consumers and reduces aggregate demand. Corporate tax rates directly affect the profitability of companies.

Through the Budget, the government provides a layout of its planned expenditure in the different sectors of the economy. If the policies are in favour of a particular sector, companies in that sector stand to gain and will experience growth. Consequently, their stock prices react positively.

Political activities also influence the performance of the stock markets. The result of elections determine which governments come to power and what kind of policies will it pursue. Political uncertainty can positively or negatively affect the stock markets.

Indian general elections are held every five years, and markets react positively to the prospect of a business-friendly political party coming to power. Research shows that volatility in stock prices generally increases during the election period in India.

State elections are conducted throughout the year and serve as an indicator for the next general elections’ results. Market participants pay attention to state elections as it determines the extent to which business-friendly economic reforms can be implemented.

Indian stocks are also influenced by political activities internationally. Policy changes bought by a new government in other countries can impact the profitability of those domestic companies who do business in these countries. A recent example would be the rise in India I.T. as a result of a less protectionist government coming into power in the United States.

The performance of Indian financial markets depends on many economic events. In this article, we covered the major Economical/ Financial events that move the Market. In general, markets react to economic data like inflation rates, industrial production, GDP, unemployment rate etc. These indicators help in assessing the overall economic health and impact on corporate profitability.

Monetary policy sets the interest rates and liquidity in the financial system. The annual Budget in which the government announces its fiscal policies sets the tax rates and allocates resources to the different sectors of the economy.

Political events like elections – both domestically and internationally have an effect on financial markets as the fate of businesses to some extent, is determined by the political environments they operate in.