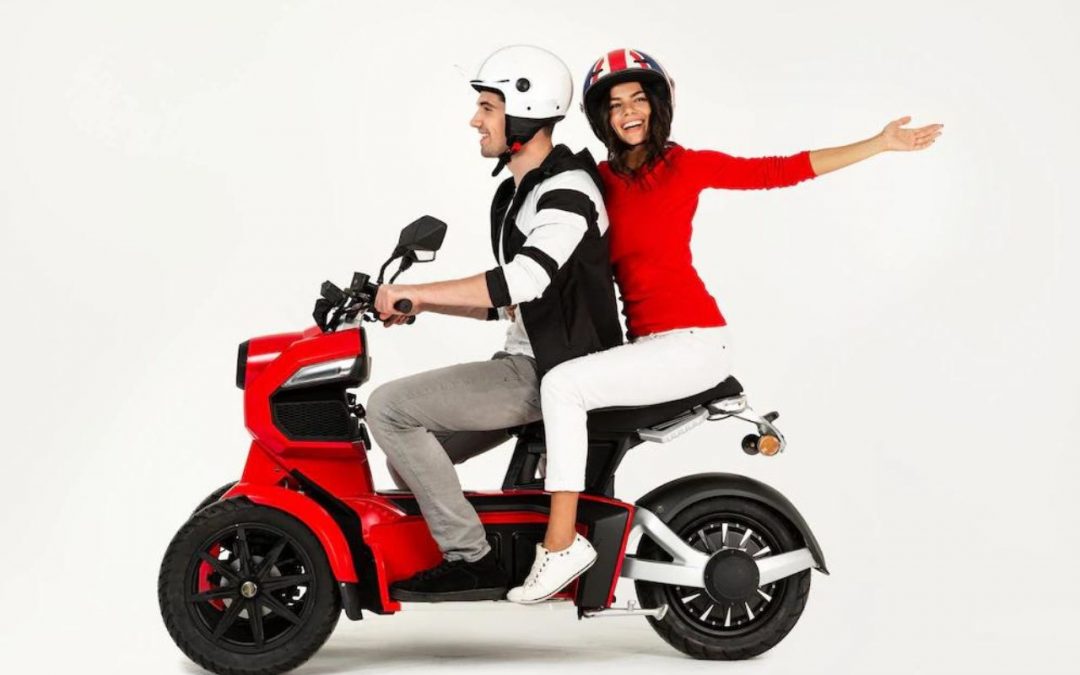 Electric Two-Wheeler Companies in India: The sales of two-wheelers in the market have seen a significant rise over the years. This can be due to reasons such as the affordability and convenience that this type of vehicle offers. The electric two-wheeler has been introduced with an eco-friendly makeover that is more sustainable for the environment.

In this article, we will take a look at the leading Electric Two-Wheeler Companies in India by Market Share.

India is aiming for 100% electrification by 2030. To achieve this target, the government is switching towards cleaner transportation and personal mobility. Several traditional companies like Mahindra Electric and Hero Motocorp Ltd. are rapidly increasing their presence in this space. Startups are not far behind as well. New-age companies like Ola Electric, Okinawa Autotech, and Ather Energy have shown higher sales growth over the years.

Top Listed Companies in the Industry

Hero Electric is the largest player in the Electric two Wheeler (E2W) market in India. It is a subsidiary of Hero MotoCorp which is a multi-company with diversified interests such as Electric Vehicles, Exports, Bicycles, Healthcare, and Real Estate.

Hero Electric launched its first lithium-ion battery-based scooter in 2017. Presently, the company has 600+ dealership networks across the country, which are present in more than 325 cities. The company recorded sales of around 8,953 units of electric scooters during July 2021 as compared to the 4,223 units it sold in the same period last year.

Hero Electric recently entered into a partnership with Zypp Electric, a Gurugram-based start-up and to support the growth of the logistics and delivery segment. The company plans on deploying 1.5 lakh electric scooters for Zypp Electric’s fleet in the next three years.

Bajaj Auto Limited is an Indian multinational two-wheeler and three-wheeler manufacturing company. The company is a part of the Bajaj Group. It stands as the world’s third-largest manufacturer of motorcycles and the second-largest in India. The company reiterated its support for a cleaner environment but said the move toward cleaner fuels also includes CNG, in addition to EVs. It is a listed company that has a market capitalization of Rs 1,77,683 Crores.

In January 2020, the company launched its first e-scooter called Chetak with two variants: Urbane and Premium. With the rollout of the electric vehicle, the company has been able to gain a 3% market share in the electric two-wheeler space. As per reports, Bajaj Auto is planning to expand its reach of chetak electric scooters across more cities in India. It currently sells its electric scooter across 27 cities and aims to reach a target of 100 cities.

TVS Motor Company Ltd is the third largest two-wheeler manufacturer in India and one among the top ten in the world. It has a strong presence in developing markets like Latin America, South Asia, the Middle East, and Africa.

TVS Motor informed the stock exchanges about the incorporation of TVS Electric Mobility Limited. This arm of the company will be focused on the development of electric vehicles. In an attempt to grow its presence in the sector the company has entered into a partnership with BMW Motorrad to co-produce electric vehicles. TVS forged a strategic partnership with Tata Power to set up electric charging infrastructure across the country.

Top Unlisted Companies in the Industry

Startups that have lately sprung up in the electric two-wheeler space have taken a lead against incumbents. Here are the Top unlisted companies that have a large market share in the sector.

Okinawa Autotech Pvt Ltd. is an electric two-wheeler manufacturer based in Haryana. The company operates 24 dealerships presently and plans to open 450 dealerships across the country in a phased manner over the next years. It is one of the old players in the electric two-wheeler segment. The company recently achieved a new milestone with sales crossing the 100,000 mark in the Indian market. The company plans to bring in 3 electric scooter models every year and will also look at manufacturing E-Motorcycles in the near future.

It held the 2nd rank in terms of sales in the electric two-wheeler segment. The company has recorded sales of 46,447 units for FY22 showing a 566% Year on Year growth. This gives it a market share of 20%.

Ather Energy Pvt. Ltd. is an Indian electric vehicle company, founded in 2013. The fast-growing Bangalore-based company has taken third place in the Top 25 EV OEM list. It is backed by Hero MotorCorp which holds around a 32% stake in the startup. Ather has an approximately 9% market share in the electric two-wheeler industry.

The smart e-scooter maker has sold 19,971 units in FY22 which is a YoY growth of 354%. Despite having just two models on offer – Ather 450X and 450 Plus – the company has seen an uptick in demand. In addition to investing in its fast-charging network Ather Grid 2.0, the OEM is also working on an affordable e-scooter, which is expected to bring in more numbers. Ather is rapidly adding fast-charging stations to its growing network every month, with a target of 500 across the country.

PURE ENERGY acronym stands for Power Using Renewable Energy and the main focus of the company is to enable the transition to sustainable energy sources. The company made a foray into manufacturing of electric two-wheeler under the brand “PURE EV” and high-performance Lithium batteries under the brand “PURE Lithium”. It is expected to become one of the leading EV startups in India in the time to come!  Pure EV is at fifth rank clocking sales of 14,862 units for FY22. Their performance is noteworthy, given that it has jumped two ranks, moving up from the seventh position in FY20.

Ola Electric Mobility is an Indian electric two-wheeler manufacturer, based in Bangalore. It spun out of Ola in 2019, had started the deliveries of its electric scooters in December. The Unicorn EV manufacturer is heading towards public listing soon. Recently, the company has expanded its authorized share capital by a whopping 17,121%.

Ola’s S1 is mentioned as one of the most important electric two-wheeler launches of 2021 in India. It comes as a premium electric scooter designed following Etergo AppScooter. Though the company launched in 2021, it has managed to sell 14,371 units for the financial year 2022

The Electric Vehicle segment is still at an evolutionary stage in India. The market is estimated to be Rs 50,000 crore in India by 2025, with two- and three-wheelers expected to drive higher electrification of the vehicles in the medium term in the wake of COVID-19, according to a report by Avendus Capital.

This provides a huge opportunity for the investors as the EV appears to be the future of the automobile sector. This is can be evident by the strategist adapted by companies to enter the market. Companies like Honda Motorcycle and Scooters India announced their plan to introduce an electric scooter in the next financial year. That’s all for the article on “Electric Two-Wheeler Companies in India”. Happy Investing!