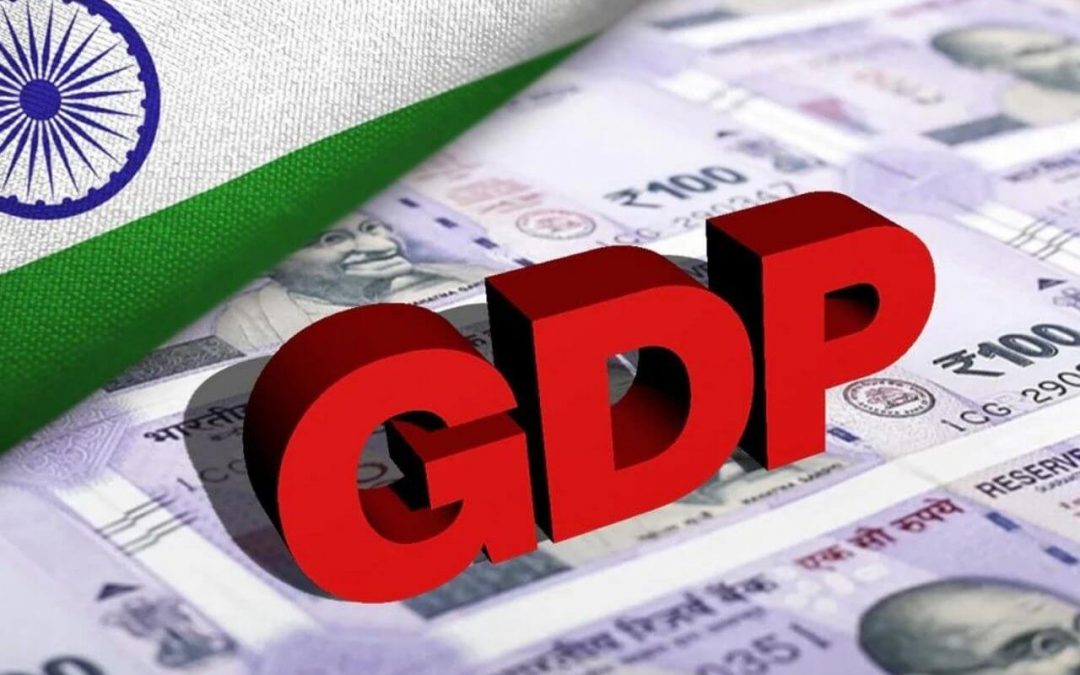 India’s economic growth slowed to 6.3 per cent in the September quarter of 2022-23 compared to 13.5 per cent in the preceeding three months mainly on account of contraction in output of manufacturing and mining sectors, according to government data released on Wednesday.

Slower GDP expansion nothwithstanding, India continues to remain the fastest-growing major economy ahead of China which registered an economic growth of 3.9 per cent in July-September 2022.

The Indian economy grew by 8.4 per cent in July-September quarter of last fiscal.

Talking to reporters after the release of NSO data, Chief Economic Advsior V Anantha Nageswaran said the Indian economy is on track to achieve a 6.8-7 per cent GDP growth in the current fiscal.

He said the economic recovery momentum is continuing and the GDP is averaging the 2019-20 level.

“In 2022-23, the economy is on track to reach a 6.8-7 per cent growth in the current fiscal,” he said, adding festival sales, PMI, bank credit growth and auto sales data shows that the economy has maintained momentum despite global headwinds.

The GDP growth in April-September (first half of the fiscal) stood at 9.7 per cent as against 13.7 per cent in the corresponding period of 2021-22.

Meanwhile another set of data released by the government showed the growth rate in the production of eight key sectors slowed down to a 20-month low of 0.1 per cent in October on account of contraction in the output of crude oil, natural gas, refinery products, and cement, according to the official data released on Wednesday.

In October last year, these sectors expanded by 8.7 per cent. In September this year, the core sectors’ output growth stood at 7.8 per cent.

Another macro economic data released by the finance ministry revealed that the Centre’s fiscal deficit in end-October touched 45.6 per cent of the full year Budget Estimate. In actual terms, the fiscal deficit — the difference between expenditure and revenue — was Rs 7,58,137 crore during the April-October period of 2022-23.

In the corresponding period last year, the deficit was 36.3 per cent of the Budget Estimates of 2021-22.

The NSO data, the real GDP in absolute terms stood at Rs 33.10 lakh crore in the July-September quarter of 2020. It had contracted by 6.6 per cent in the second quarter of 2020-21 on account of the staggering impact of lockdown restrictions to curb the spread of coronavirus.

The GVA growth in the farm sector is 4.6 per cent in the second quarter compared to 3.2 per cent a year ago.

However, the GVA in the manufacturing sector contracted 4.3 per cent during the quarter from 5.6 per cent growth during the year-ago period.

Commenting on the GDP data, Assocham Secretary General Deepak Sood said the government should focus on manufacturing and mining to bring them back to the growth trajectory, along with construction growth of which moderated at 6.6 per cent.

Saket Dalmia, President of PHD Chamber of Commerce and Industry said that at this juncture, there is a strong need for continued reforms for the reduction in cost of doing business to support the manufacturing sector.

“We look forward to a stable interest rate regime and calibrated decisions of the RBI to support growth and to maintain price stability in the country,” said Dalmia.

As per the NSO data, the electricity, gas, water supply and other utility services segment grew by 5.6 per cent in the quarter compared to 8.5 per cent a year ago. GVA growth in the services sector — trade, hotel, transport, communication and services related to broadcasting — was 14.7 per cent during the second quarter against 9.6 per cent.

Financial, real estate and professional services grew by 7.2 per cent in the first quarter over 6.1 per cent earlier.

Pavan Choudary, Chairman and Director General, Medical Technology Association of India said: “We remain cautiously optimistic about growth, which may range between 6.5 per cent and 7.1 per cent during 2022–2023”.

“It has got support from the pick up in contact services and travel with further removal of restrictions and fading fear of Covid. The festival sales in September for the impending festivities in October has also helped. The headwinds have been from the higher trade deficit,” he said.

Financial, real estate and professional services grew by 7.2 per cent in the first quarter over 6.1 per cent earlier.

Public administration, defence and other services posted a 6.5 per cent growth against 19.4 per cent in the second quarter of the last fiscal. PTI KKS NKD CS MR