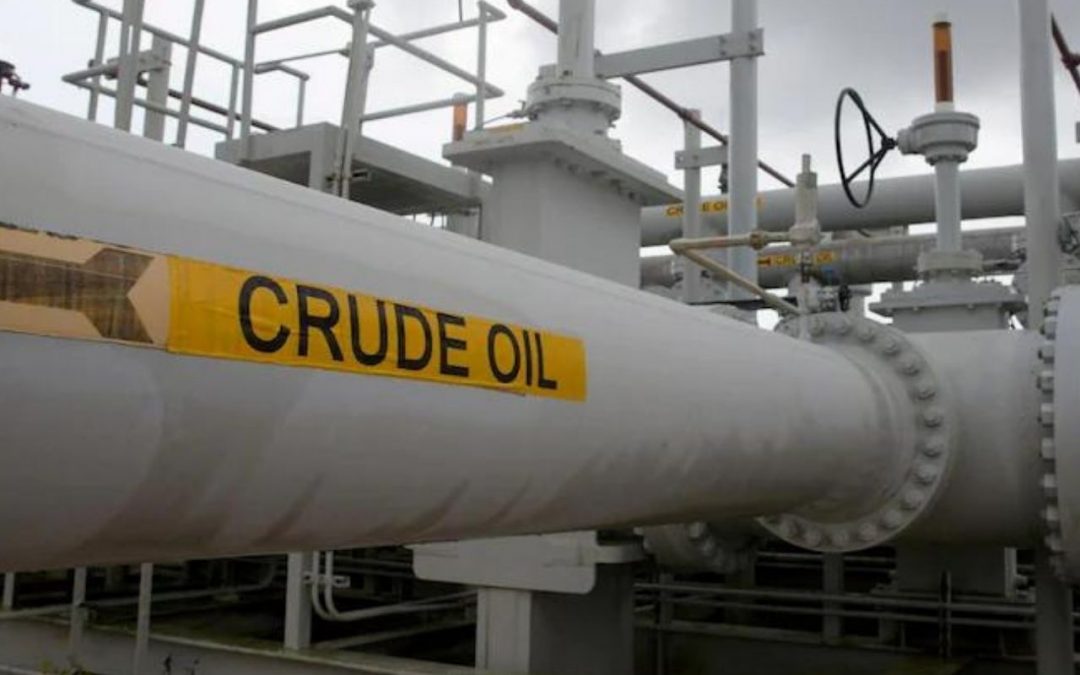 The government on Wednesday allowed firms like ONGC and Vedanta to sell locally produced crude oil to any Indian refinery for turning it into fuel, such as petrol and diesel, as it deregulated one of the last few avenues that were still under its control.

While contracts for oilfields awarded since 1999 gave producers the freedom to sell oil, the government fixed buyers for crude produced from older fields, such as Mumbai High of ONGC and Ravva of Vedanta.

Briefing reporters on the decisions taken at a meeting of the Union Cabinet, Information and Broadcasting Minister Anurag Thakur said from October 1, the companies will have the freedom to sell crude oil in the domestic market.

However, the ban on the export of crude oil will continue.

This decision would mean ONGC can auction its 13-14 million tonnes a year of crude oil produced from Mumbai High field to any refiner, including private sector Reliance Industries Ltd and Rosneft-backed Nayara Energy.

The firm at present has to sell the Mumbai High crude oil to state-owned Bharat Petroleum Corporation Ltd (BPCL) and Hindustan Petroleum Corporation Ltd (HPCL). It could not sell the oil to its own Mangalore refinery, which had conceived a petrochemical complex on the premise that 5 million tonnes of Mumbai High crude could be turned into value-added PTA and Benzene.

In the present system, the government fixes the quantity each buyer will pick. This limits the scope for price negotiations and often sellers sold oil at discount.

Now, the sellers can e-auction the crude to anyone paying the highest price.

“The Cabinet Committee on Economic Affairs, chaired by Prime Minister Narendra Modi, has approved ‘Deregulation of Sale of Domestically Produced Crude Oil’, whereby Government has decided to cease allocation of crude oil and condensate with effect from October 1, 2022,” an official statement said.

This will ensure marketing freedom for all exploration and production (E&P) operators, it said.

“The condition in the production sharing contracts (PSCs) to sell crude oil to the government or its nominee or government companies shall accordingly be waived off,” the statement said. “All E&P companies will now be free to sell crude oil from their fields in the domestic market.” The government revenues like royalty and cess will continue to be calculated on a uniform basis across all contracts, it said, adding as earlier, exports will not be permissible.

The decision would allow Oil and Natural Gas Corporation (ONGC) and Oil India Ltd (OIL) to sell their domestic produce to anyone offering the most price in an e-auction.

Companies, such as ONGC, will most likely seek a premium over an international benchmark for the crude.

ONGC may even change the benchmark crude from Nigeria’s Bonny Light to Brent, the world’s most traded crude oil.

Vedanta’s Cairn Oil & Gas will get the freedom to sell oil from its Ravva oil field in eastern offshore. It currently sells Ravva crude only to HPCL.

“This decision will further spur economic activities, incentivise making investments in upstream oil and gas sector and build on a series of targeted transformative reforms rolled out since 2014,” the statement said.

“The policies relating to production, infrastructure and marketing of oil and gas have been made more transparent with a focus on ease of doing business and facilitating more operational flexibility to operators/industry.” PTI ANZ BAL BAL