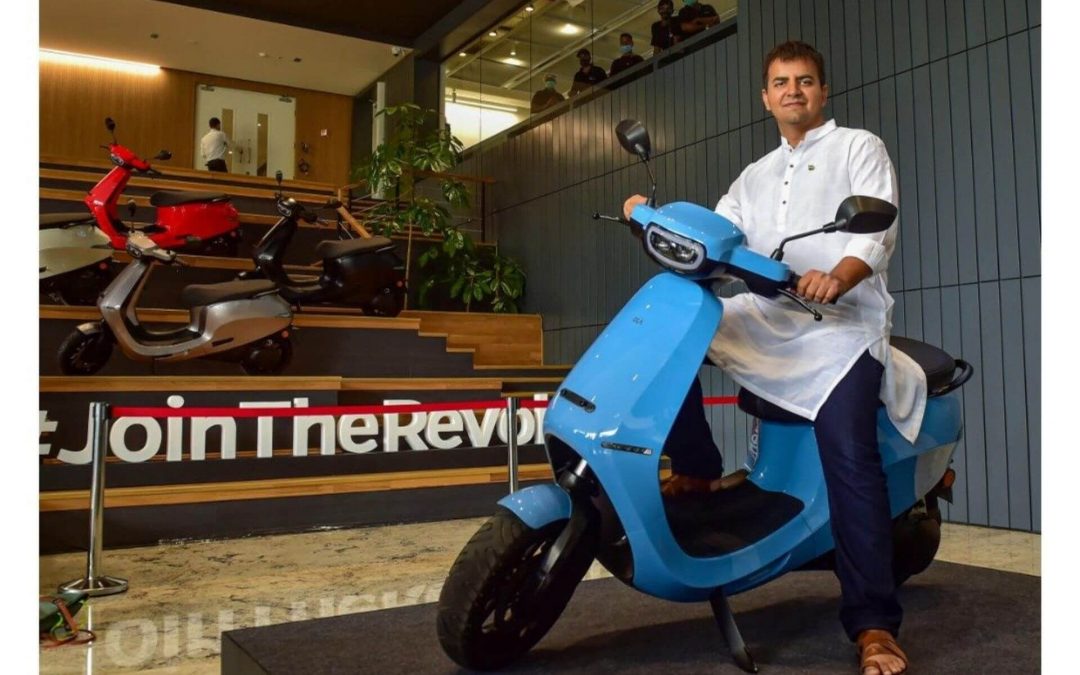 After Ola Electric Scooter Sales Cross Rs.600 Crores the company said in a statement: “We sold 4 scooters every second! In fact, in just 24 hours, we sold scooters worth over 600 crores! That’s more, in value terms than what the entire 2W industry sells in a day! Make no mistake, the age of EVs is here,”

Ola Electric, the mobility giant’s electric vehicle subsidiary, said it sold scooters worth over Rs 600 crore in only 24 hours during the sale of Ola S1 and S1 Pro scooters. SoftBank has backed the firm, which claims to sell four scooters every second.

In July, the company reported that its electric scooter had acquired 100,000 reservations in the first 24 hours, making it the world’s most pre-booked scooter.

Ola Electric, which had to postpone e-scooter sales last week owing to a website malfunction, began selling the Ola S1 and S1 Pro on Wednesday. The purchase of the scooter can only be made through the online Ola app, and the entire process is digital.

The company has been taking reservations for the past few months. Thousands of customers have reserved their slots to buy the Ola S1 and S1 Pro, according to the company.

“Yesterday we opened for purchase and consumers responded by booking the Ola scooters in unprecedented numbers. We sold 4 scooters every second,” said Bhavesh Aggarwal, co-chairman and group chief executive officer, Ola, in a blog post. “In fact in just 24 hours, we sold scooters worth over 600 crores. That’s more, in value terms than what the entire 2W (two-wheeler) industry sells in a day. Make no mistake, the age of EVs is here.”

Ola stated that the response was beyond their expectations. Today is the last day for consumers to acquire Ola S1 and S1 Pro scooters due to production plans in the future months.

Those who have already made a reservation can purchase until midnight today when the purchase window closes. Customers can continue to book a place in line.

“India is committing to EVs and rejecting petrol. We sold 4 scooters/sec at peak and sold scooters worth Rs 600 crore in a day,” Aggarwal tweeted. “Today is the last day, the purchase will shut at midnight. So lock in this introductory price and buy on the Ola app before we sell out.”

He said that India has huge pent up demand and a huge domestic market for two-wheeler EVs.

“We must leverage this to drive innovation, a robust local EV ecosystem and make India not only a big EV market but also a global EV manufacturing hub,” said Aggarwal.

Bhavesh Aggarwal, co-chairman and group chief executive officer, said that the e-scooters are designed and engineered in India for the world and will deliver the best scooter experience to the consumer, with starting prices of Rs 99,999 (excluding the state government incentives, and the insurance cost, the registration fee).

Ola has also been planning to go public next year, although the exact date has yet to be determined, according to chairman and group CEO Bhavish Aggarwal.

Ola and Ola Electric, the group’s electric mobility unit, have sufficient capital and balance sheets and would go public in due course, according to Aggarwal, who added that the company has not yet revealed any IPO plans.