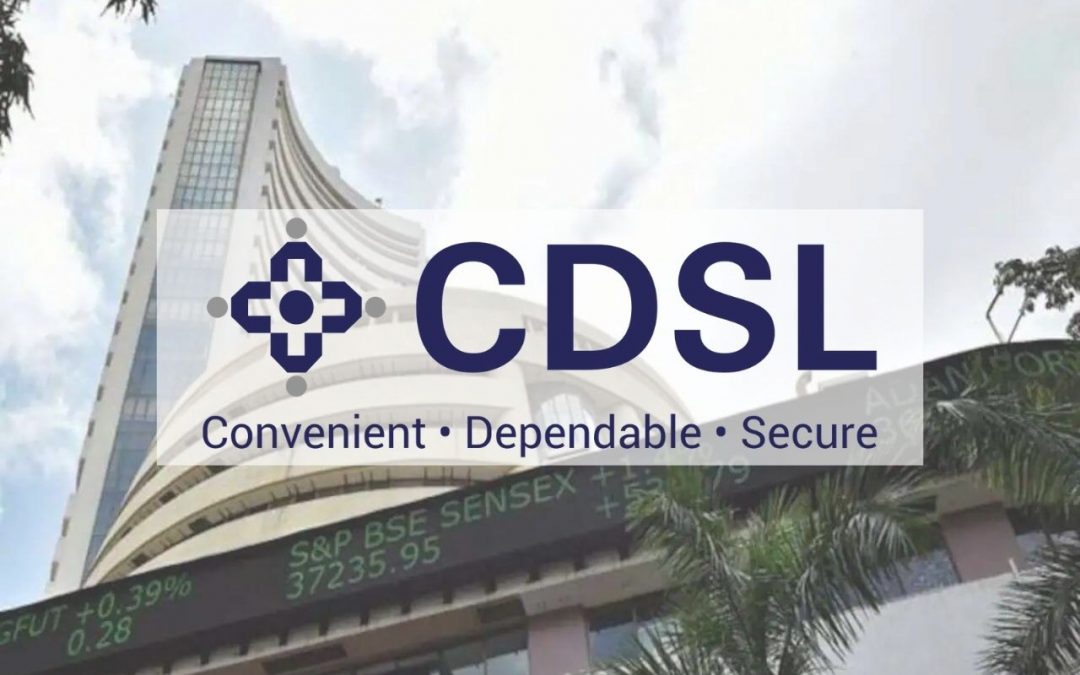 Fundamental Analysis of CDSL: The last two years proved to be a boon for India’s stock market as the companies generated heavy returns for the shareholders. Wouldn’t it make sense to bet on India’s Dalal Street growth similar to the way we invest in some sector stocks? Well, there are stocks you can buy to track the growth of India’s stock market. One such company is Central Depository Services (India) Ltd. or CDSL.

In this article, we’ll conduct a fundamental analysis of CDSL. We start with getting to understand what a depository means and the industry landscape in India. Later we move ahead to know CDSL’s history, its growth and other fundamentals. A summary concludes the article in the end.

CDSL is one of the two depositories in India. But before we jump in it would help if you know what a depository is in and out. You cant find that here: CDSL and NSDL – What are the Roles of Depositors?

Let us now read ahead to know the depository landscape in India. As of today, there are only two depositories in India:

Thus it is clear that depositories enjoy a duopoly in India. Both of them have been promoted by government institutions signifying greater scrutiny SEBI wants for Indian financial markets.

Talking about the growth of the depository business, it is directly dependent on growth in capital markets. As the activity in the market increases, so do the transactions resulting in growth for the industry as a whole.

The BSE Sensex increased from 22,386 in FY 2013-14 to 58,568 in FY 2021-22 making India’s stock market the 7th largest in the world. This expansion was brought by IPOs, an increase in trading volumes, growing FPIs presence, rising retail participation and ease of account opening & online initiatives. Therefore, earnings for depositories grew in the same proportion.

In particular, the rise in retail participation demands a separate space for explanation. After the Coronavirus-induced lockdown, many people started exploring the stock market. As a result, FY21 and FY22 saw record new retail participation as more and more people opened their accounts.

Consequently, increased retail participation brought liquidity which attracted companies looking to raise funds. More than sufficient liquidity generated heavy returns in general and on listings which further invited investors. Thus, the previous two years proved to be a boon for the stock exchanges and depository companies.

Growth in the Number of Demat Accounts Opened in India

Going forward, the outlook for the Indian economy stays strong translating into better earnings and good performance of the stock market. All this optimism bodes well for the depositories.

Central Depository Services Limited or CDSL was initially promoted by the Bombay Stock Exchange in 1999. Later, the stock exchange sold its stake to leading banks. As of this day, it has assets under custody of more than Rs. 36,89,733 crores.

Shri Nehal Vora is the Managing Director & Chief Executive Officer of CDSL since September 24, 2019. He comes with 2 decades of experience and served as the Chief Regulatory Officer of BSE Limited in his previous role.

Now that we’ve got a quick overview of CDSL’s history and present state. Let us now jump to understand its business model and revenue segments.

We now understand the depository landscape in India. Let us now look at the client base of CDSL to understand how it earns its revenues.

We can categorise CDSL’s clientele into the following segments:

Depository Participants: A DP is an agent of the depository who acts as a link between companies and investors. An investor opens an account with a depository participant. Whatever charges she pays to conduct transactions through a DP form part of a depository’s income as transaction charges.

Issuer Companies: Numerous entities issue a wide range of securities in dematerialization form with CDSL. Through CDSL, these issuer companies are able to credit securities to a shareholder’s or applicant’s account. Annual fees from these issuer companies amount to significant revenues for CDSL. Along with this, new offerings in the form of IPO or any corporate actions also generate earnings for the company.

Insurance and Warehouses: Through its subsidiaries, CDSL holds and helps to trade insurance policies and negotiable warehouse e-receipts.

The figure below shows the composition of revenue of CDSL for the financial year 2021-22.

Taking a five-year time horizon, the revenues and net profit of CDSL have grown at a CAGR of 24% and 25% respectively. A closer look at the data reveals that significant gains have been recorded over the past two years.

The year-on-year growth in sales was 60% in FY21 and FY22 both. As for the net-profit figures, the growth recorded was 89% and 56% for the two fiscal years. As discussed earlier, it is because of India’s stock market’s heavy retail participation in the last two years.

CDSL can be primarily categorised as a technology and financial services company. Its main expenses are employee salaries and computer technology-related costs. Most of these are expensed.

In addition to this, the company being in a duopoly enjoys adequate pricing power without being at the risk of a price war.

Both the points put together, it boosts high operating and net-profit margins.

The table below exhibits the profit margins of CDSL over the last 5 years. We can see that they have substantially widened over the last two years.

Carrying forward the point that it is a technology service provider, CDSL doesn’t require any outside funds to conduct business. The company has zero debt.

As for its return ratio, CDSL’s business generates a healthy return on capital employed. Its ROCE stood at a whopping 42% and 32% in FY22 and FY21 respectively. It has improved over the past two years. Previously, it used to hover in/around the 23-25% range.

CDSL’s growth in revenues will come from newer clients/customers and leveraging its existing base. Along this line, the service provider is working on various initiatives to accelerate its growth:

CDSL enjoys a duopoly along with NSDL. Furthermore, CDSL’s size gives it a competitive advantage and power over NSDL. On the face of it, there seems to be no threat to CDSL whatsoever.

However, last year in June SEBI came up with a discussion paper on ‘Review of Ownership and Governance norms for facilitating new entrants to set up Stock Exchange / Depository’. The purpose was to contemplate the formation of more depositories.

It is yet unclear when the regulators will allow the setting up of more such entities. But it does point to the fact that sooner or later CDSL’s authority as the leading depository institution may be challenged.

The table below presents the shareholding pattern of CDSL as of June 30, 2022.

We are almost at the end of our fundamental analysis of CDSL. The table below lists key metrics of CDSL.

The stock of CDSL trades at a high P/E ratio of 42. Either we can disregard it as overvalued or admit to paying a premium to acquire the leading company between the only two depositories in India. Going forward, the challenge for CDSL will be to maintain its growth and deliver to the high expectations of its investors.

Since its listing in 2017, CDSL’s stock has given an impressive return of 29.60% annually. Will it be able to sustain this CAGR for its investors? It is said that time has all the answers in markets. Till then, keep saving and keep investing.