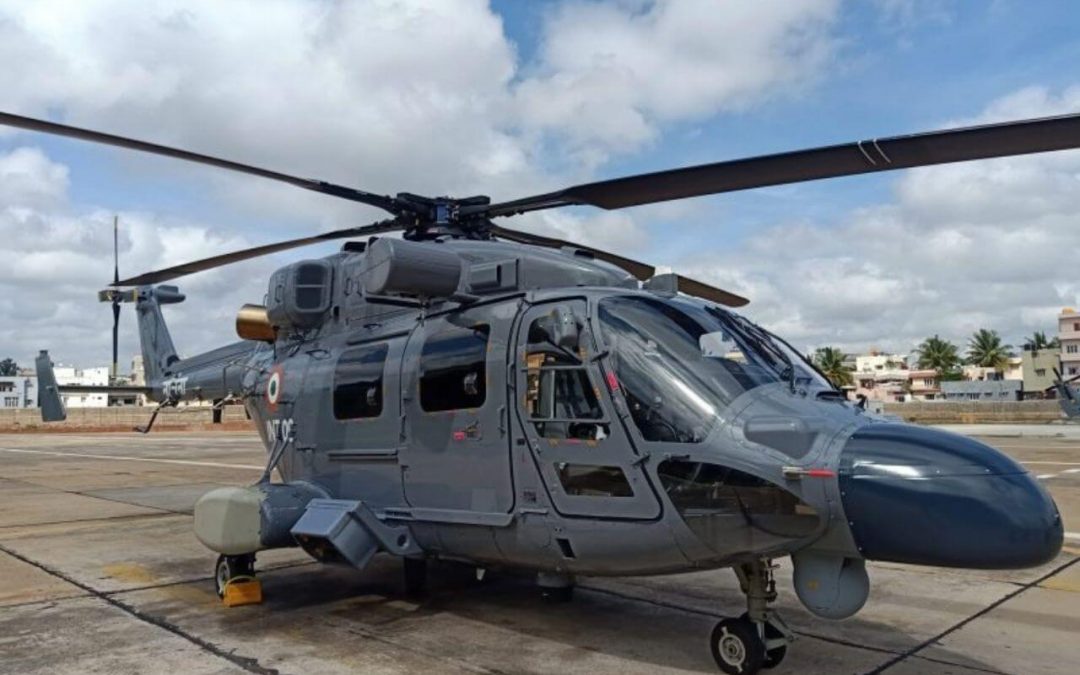 HAL Vs Bharat Dynamics: Countries have been at war with each other for centuries now. The motive behind these international conflicts is generally to gain more territorial power which will ultimately increase their diplomatic power. The ongoing Russia-Ukraine war is a real-time example.

This is the reason every country spends not millions but billions of dollars to keep its Defence sector ready for any incoming threat. Apart from multiple incentives the government also encourages companies to strengthen the sector by providing the latest equipment.

In this article, we will take a look at two of the biggest companies engaged in producing world-class defence equipment in India. Keep reading to find out!

The defence industry of India is a strategically important sector for the country. In fact, the Indian military forces are one of the largest in the world with over 14.4 lakh (1.44 million) active personnel.

Over the last five years, India has been ranked among the top importers of defence equipment to gain technological advantages over rival countries. However, to push atma nirbharta (self-reliance) in the sector,  the government recently published a list banning more than 100 weapons and systems over the next five years.

Bharat Dynamics Limited (BDL) is one of India’s manufacturers of ammunitions and missile systems which was established in the year 1970.  BDL was established to be a manufacturing base for guided weapon systems and began with a pool of engineers drawn from Indian Ordnance Factories, DRDO and aerospace industries

The gross profit margin shows how much profit a company makes after paying off its Cost of Goods Sold (COGS). Generally, a higher ratio is considered better. In the last 3 years, HAL has seen an upward trend in their GP margin whereas  Bharat Dynamics Ltd has seen a decreasing trend.

The operating profit ratio shows how efficiently a company is able to generate profit through its core operations. The higher the ratio, the better it is. In the last 3 years, HAL has been able to maintain a constant ratio while Bharat Dynamics Ltd has seen a decline.

The NP margin determines how much net income is generated as a percentage of revenues received. An increasing ratio is seen as a good sign. In the last three years, HAL has seen a rising ratio whereas Bharat Dynamics Ltd has seen a decline from the previous year.

HAL Vs Bharat Dynamics: How much are the investors earning?

The ROE  shows how well a company is managing the capital that shareholders have invested in it. The ROE of HAL has seen an increasing trend whereas Bharat dynamics have seen a decline in the last 3 years.

The ROCE measures the efficiency with which the management is using its capital i.e, equity and debt to generate profit for the company and its shareholders. Over the last 3 years, HAL has seen a declining trend in its ratio. Bharat Dynamics saw a drastic fall from FY20 to FY21.

Earnings per share (EPS) shows how much a company earns for each share. The higher the ratio, the better it is. HAL has seen an increased ratio, on the other hand, Bharat dynamics saw a decline in its EPS as well.

The P/E ratio is one of the most widely used metrics to understand the valuation of a company. It interprets what the market is willing to pay today for a stock based on its past or future earnings. In FY21, Bharat Dynamics had a higher PE ratio of 23.65  than HAL which had 10.27.

The P/B ratio measures the market’s valuation of a company relative to its book value. Companies having lower ratios are considered to be solid investments. In comparison, HAL had a lower P/B ratio of 2.16 whereas Bharat Dynamics Ltd had 2.29.

The EV/EBITDA ratio is used as a valuation tool to compare the value of a company, debt included, to the company’s cash earnings less non-cash expenses. A lower ratio means that the company is undervalued.

Future prospects of the companies

Apart from being the oldest and biggest defence manufacturer in the country, the company is looking to expand further. In that attempt, it has forged partnerships with multiple companies to venture into multiple avenues.

For instance, HAL entered into MoU with ADA for Design and Development of Advanced Medium Combat Aircraft (AMCA). It is also looking to expand its presence in the international markets.

The negative list of imports released by the government became a golden opportunity for the government to get orders for these products from the Indian Armed Forces in the coming years. The company will also expand internationally as it has already got leads for the export of missiles from about 9 countries.

The company is also looking to strengthen its products portfolio which includes Akash and Lightweight Torpedo along with Air Air missiles, Air to surface weapons, ATGMs, Heavyweight Torpedoes and CounterMeasure Systems.

In this article, we looked at two of the biggest companies engaged in manufacturing equipment for the defence sector of India. Two of the oldest companies in India are giving a neck to neck competition with each other.

Future leadership will depend on the strategies adopted by the companies going forward. That’s all for this post on HAL Vs Bharat Dynamics. Have you invested in either of these companies? Let us know in the comments below.