What is the Law of Large Numbers? 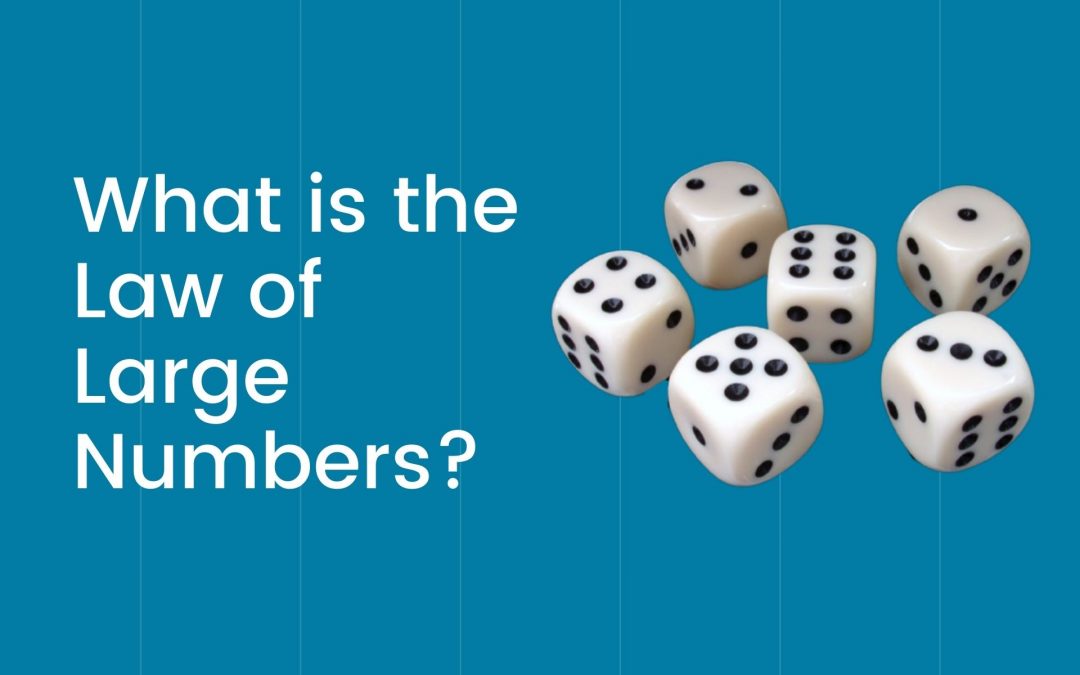 The law of large numbers is one of the most ‘ignored’ laws in the financial world. Although everyone understands it, however, most big firm managers find it a little difficult to agree with this law.

In the financial context, the law of large numbers suggests that a large company that is growing rapidly cannot maintain that pace forever.

In other words, as the company grows bigger, the growth rate becomes increasingly difficult to maintain.

The law of large numbers can be easily testified with blue-chip stocks with large market cap and revenue. These large-cap stocks were once mid and small-caps that were expanding at a very fast rate. However, with time- as their revenue and profits became too big, it turned out difficult to maintain the same growth rate.

The management of large firms finds it difficult to accept this law. They do not want to make their shareholders ‘unhappy’ by accepting the fact that they are not growing at the same pace like they used to do in their initial years.

QUICK READ – Porter’s Five Forces of Competitive Analysis – What You Need to Learn?

Let us understand the law of large numbers with the help of an example.

Suppose there are two companies- Company A and Company B.

Based on the law of large numbers, a 50% increase would be difficult to accomplish for company A compared to company B.

This is obvious because once you’ve sold a billion products, finding customers for the next billion is likely to be a little trickier for company A. However, this is not the case with Company B which can still maintain its growth rate for the next few couples of years (until it becomes a large entity itself).

The law of large numbers can also be applied to other financial numbers like sales, revenue, and net profit, where growth is measured in percentage (%).

While investing in a company, you should keep in mind the law of large numbers.

Although a company might be growing at a rate of 15% per annum today, however, it’s really difficult to maintain that pace once it becomes large. Moreover, if the company is already a large-cap, then you should not expect the same growth rate compared to mid or small caps.

Overall, while making your investing decisions (based on the forecasted growth rate), keep in mind the growth difficulties these companies are going to face once they become a large entity.