Sensex Growth Timeline From 100 to 52000 Points: Today in the opening session of Indian stock market, Sensex opened at 52,455.82 points. In fact it’s only under 15 days since it crossed the 50k mark. The Indian stock market benchmark BSE Sensex index made a glorious history on 3rd February when it ended up over the 50,000 points mark for the first time.

In this article, we try to relive the 41-year journey of the Index which has handsomely rewarded investors who remained for the long term. Let us see if you can keep up with the number of times the Sensex has rebounded.

The Sensex was launched in 1986, making it the oldest stock index in India. It was launched at a base value of 100 with the base year set at 1978-79. The term ‘Sensex’ was coined by Deepak Mohoni. It was derived from the words sensitivity and index. On launch, the Sensex was calculated using the market-capitalization-weighted methodology. It consisted of the 30 largest and most actively traded stocks on the BSE. Some of the stocks which were on the Sensex in 1986 and still remain are Hindalco Industries Ltd, ITC LTD, Mahindra and Mahindra Ltd, Reliance Industries Ltd, Tata Steel Ltd, Nestle India Ltd. 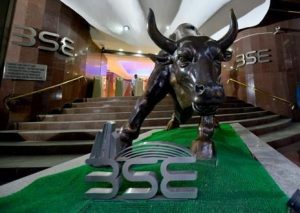 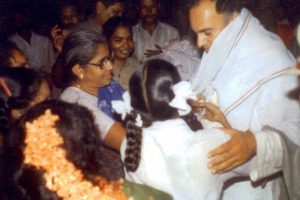 Unfortunately despite touching the milestone the Sensex stood at 999 on January 1, 1991. What followed was one of the darkest periods in Indian history when our Prime Minister Rajiv Gandhi was assassinated. This coupled with the balance of payments (BoP) crisis India was facing further hindered the benchmark’s growth in 1991.

1991, July: Liberalisation of the Indian Economy 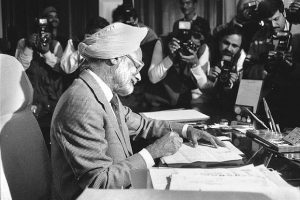 On 24 July 1991, FM Manmohan Singh presented the budget and along with that introduced a set of reforms that opened up the Indian economy to the rest of the world. These bold moves were taken in the wake of the balance of payments crisis and double-digit inflation. It is from here onwards that the Sensex rally began. Within 2 months the Sensex had rallied by 29% from 1,488 to 1,916 pts. 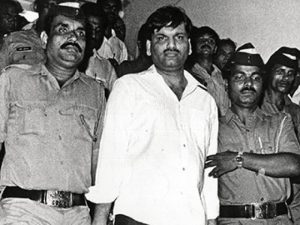 Not even a year since liberalization the Indian markets would be shocked by one of India’s first financial frauds. Stock trader Harshad Mehta had managed to manipulate the markets into a bull run which touched a record high of 4,467 points by April 1992. This scam was worth Rs. 24,000 crores today. Once the fraud was exposed the markets crashed 43%. The Sensex reached 2595 points by August. 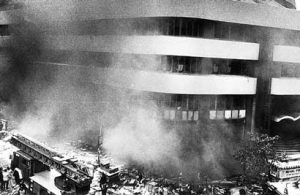 The city of Mumbai was targeted in a series of multiple blasts on  March 12, 1993. One of the targets was the BSE building on Dalal Street. The attack affected the routine trading of the market. The Sensex loomed in between  2,300-2,400 points this year. 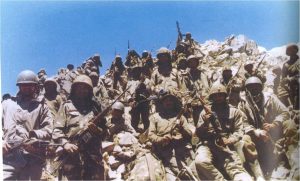 India fought the Kargil War against Pakistan for 3 months. This reduced the foreign investment into Indian markets which further resulted in a dip in the Indian markets. Thanks to the Indian armed forces we defended the region successfully. 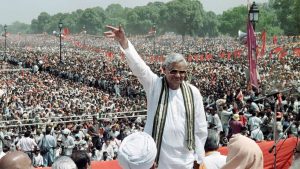 Sensex touched 5,000 for the first time. This was fuelled by the National Democratic Alliance winning the election and Atal Bihari Vajpayee continuing as the Prime Minister signaling a stable government.

It was followed by the dot-com bull run. This was driven by internet-related companies and technology (IT) stocks. 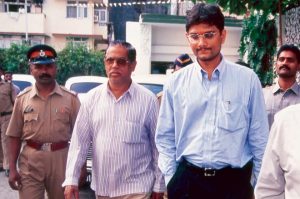 2001 was yet another bad year for the stock markets. The Ketan Parekh scam has been uncovered. Ketan Parekh was a student of Harshad Mehta.  In addition to the scam, India suffered from the Gujarat earthquake and was further hurt as US markets were affected by the 9/11 terrorist attacks. The benchmark fell below 5000 points and ended the year at 3,262.33.

2003: Change in the Index calculation method

The Sensex originally calculated using the market-capitalization-weighted methodology. From this year the Sensex began calculating based on the free-float capitalization method.

The NDA government unexpectedly lost the election. The UPA government won the  Lok Sabha elections and appointed Manmohan Singh as the new prime minister. The Senex declined nearly 16% post the result but rebounded and ended the year at 6,602.69 points.

The Sensex crossed 10,000 points in 2006 due to a boom in commodity prices in the global markets.

The Sensex crossed 20,000 points due to the increased liquidity in the global market.

Global markets around the world crashed during the financial crisis of 2008. The Indian markets fell as foreign investors pulled out due to the crisis in their domestic markets. This was followed by the 2008 Mumbai terror attacks (26/11)  This caused the Sensex to crash by over 50% from 21,000 points to 9,000 by the end of the year. This was the benchmark’s biggest fall since 1992.

The Indian markets were once again hit by another scam. The Satyam scam came out in 2009 when CEO B Ramalinga Raju confessed to manipulating a company’s accounts to the tune of nearly Rs 7,100 crore. This came at the worst time as the markets were still struggling to recover from the 2008 Financial crisis.

The UPA winning the second time signaled stability in the Indian markets. The Sensex saw its biggest inter-day gain on May 18, 2009. For the first time trading was halted due to the markets hitting the upper circuit limit. 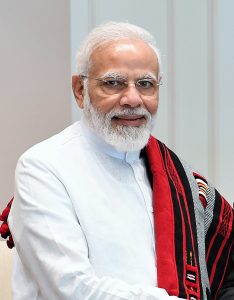 In a surprising move, the NDA government announced the demonetization of all ₹500 and ₹1,000 banknotes. This resulted in the Sensex falling  4.57% month-on-month and ended at 26,652.81 points.

FM Arun Jaitley announced the implementation of the goods and services tax (GST). Its introduction replaced indirect taxes with a unified tax structure. The Sensex gained by over 10% by the end of the year above 34,000 points.

Indias on and off relationship with scams continued as it was hit by 2 financial scams. The Punjab National Bank scam was uncovered in  February and the Infrastructure Leasing & Financial Services (IL&FS) scam was uncovered in September. Despite the scams, the  Sensex grew by 5.91%  and ended 2018 at 36,068.33.

The NDA won the second time in a row continuing with Narendra Modi as Prime Minister. The positive sentiment that followed pushed the Sensex to touch 40,000.

The Sensex fell to 25,638.90 after PM Narendra Modi announced a nationwide lockdown to curb the spread of coronavirus on March 24. The Sensex lost around 40% from its peak in mid-January. As the cases rose the Sensex kept getting further punished.

The subsequent re-opening post the lockdown, coupled with stimulus and potential of a vaccine saw the markets rebound and end at 47,751 points. Surprisingly still making positive gains despite covid-19.

The markets were volatile prior to the Budget presentation. But continued the winning streak post the budget and touched 50,000 points for the first time. A great comeback since its March lows of 25,638 points.

“Sensex touching 50,000 in 2021 is like an Indian cricket team winning a Test series in Australia against all odds. While economic data is about the past which is improving month on month, Sensex is reflecting the positivity about the future.” – “Nilesh Shah, Group President- MD, Kotak Mahindra AMC.

Since recovering from the COVID-19 scare the markets keep scaling new heights. The Sensex ended at 52,154 points as of Feb 15 and shows no sign of slowing down. These bearish markets also helped the market capitalization (m-cap) of BSE listed companies to cross the Rs 200 lakh crore mark.