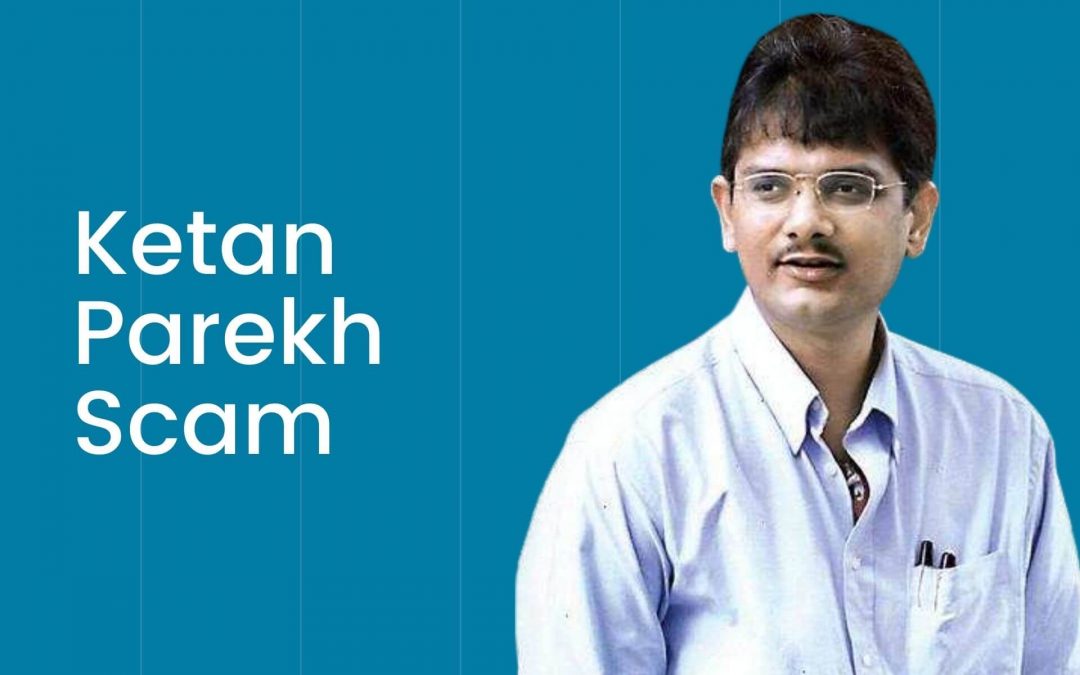 Demystifying how Ketan Parekh Scam was executed: One of the biggest stock market frauds that became an eye-opening event for not only the equity investors but also for the Securities Exchange Board of India and such other regulatory authorities was Ketan Parekh Scam.

The Market Rip-off was done in such a way that he was able to make multiple times the annual return on the stocks he manipulated. Ketan Parekh was the God for many investors as he created a delusion that whatever he touched turned into Gold and whatever he wished the market seemed to grant him.

Just within two years of time, Ketan deceived so many investors as well as banks and the stock market that it became a case study for many these days.

And on the other hand, we have Harshad Mehta and Ketan Parekh who not only ruled the stock markets but were also found guilty of economic crimes. Let us understand in detail what the Ketan Parekh scam was, how did he succeed in fooling the investors and shaking the stock markets, which next-level chicanery he had planned and how he got caught.

Famously known as a ‘Bombay Bull’ during 1999-2000, Ketan Parekh was a mentee of Harshad Mehta (who was also involved in another scam that shook the stock market in India). Ketan, CA by profession, started his career in the late 1980s and was running a family business of NH Securities – a stockbroking firm that was started by his father.

This was how he managed to thoroughly understand the inside outs of the stock market trends and the investors’ mindsets.

During his peak, marketmen literally followed his every move blindly as he used to exploit the stock prices to gain the trust of these investors. Not only this, but he also enjoyed close connections with many celebrities from Bollywood, political parties and business managers which helped him connect with Kerry Packer, leading Australian Media Entrepreneur.

Kerry and Ketan joined hands to start a venture capital firm, KPV venture with $250 million that focused on investing money into the new start-ups.

Ketan Parekh was a strong believer of the ICE sector – Information, Communication, and Entertainment and that was the time during 1999 and 2000 when the dot-com boom had just started. This enabled him to prove his predictions to be true to many other investors.

Moreover, many investment firms, overseas corporates, and banks, businessmen from listed companies many of them gave their money to be managed by him as during 1999-2000, Ketan Parekh was ruling the stock market.

Ketan Parekh used the Kolkata stock exchange to trade as this was the stock exchange where no strict and pivotal rules and regulations were not formed. He misused such exchange and also tied up with many other brokers to trade on his behalf and gave the commission.

With these huge amounts of money, he would buy some less known companies’ 20-30% stake and suddenly such companies’ share price would skyrocket and become the talk of the town all of a sudden. Once the price would reach a certain level, he would silently exit and sell the securities and make countless profits.

Pay Order is an instrument similar to the cheque but it is issued by the bank upon the payment of small advance money from the customer. When he successfully managed to rip-off the price of MMCB’s shares, he approached other financial institutions like UTI for pledging pay orders, this also included their investments into HFCL. His loan accumulated to Rs. 750 million.

He had created a portfolio called K-10 which consists of top ten hit picks by Ketan Parekh himself. This included Aftek Infosys, Zee Telefilms, Pentamedia Graphics, Mukta Arts and so on. He was interested in low profile corporates with low market capitalization and liquidity. That is how he was able to manipulate the prices of such companies using the ‘Pump and Dump’ formula.

He was also reported to have done insider trading by purposefully influencing the stock price of certain companies who would bribe him to do so and take the advantage of the price rise to exploit the investors’ minds.

The SEBI and RBI started investigating this case after the huge market crash of 176 points in a day in 2001 just one day post the budget was declared. Ketan Parekh was accused of being involved in Insider Trading, Circular Trading, Pump and Dump and misrepresentation of facts to borrow from the banks.

Ketan Parekh declared to be guilty of a criminal offence for ripping off the Indian stock market and was barred from trading in the Bombay Stock Exchange (BSE) for 15 years up to 2017. He was also found to be involved in Circular Trading with many banks and Insider Trading for which he was sentenced to rigorous imprisonment of one year.

The CBI in 2014 found the malpractices followed by him and sentenced him for two years rigorous imprisonment with a fine of up to Rs. 50,000. He also siphoned off the money outside the country too. The SEBI in April 2001 reported that he had an outstanding amount to large corporates worth Rs. 12.73 billion and to MMCB Rs. 8.88 billion while to Global Trust Bank Rs. 2.66 billion.

The said amount was reported in 2006 to touch the surprising level of Rs. 400 billion. He was also reported to use Overseas Corporate Bodies and sub-accounts of Foreign Institutional Investors to receive shares from various corporate entities so as to move the money out of the country.

To sum up Ketan Parekh scam allegations, he was found involved in cheating with banks by misrepresenting facts, falsifying accounts, ripping off the stock market prices and exploiting investors’ decisions, mishandling public money, bribing company directors to enable him to do insider trading.

In this article, we discussed how Ketan Parekh was able to induce investors’ decisions through his malpractices. Not only the exchanges and investors but Ketan Parekh also bluffed with the banks. And all of that piled up to huge debt and one day in 2001 it became a historical event of the biggest scam in an Indian Stock Market.