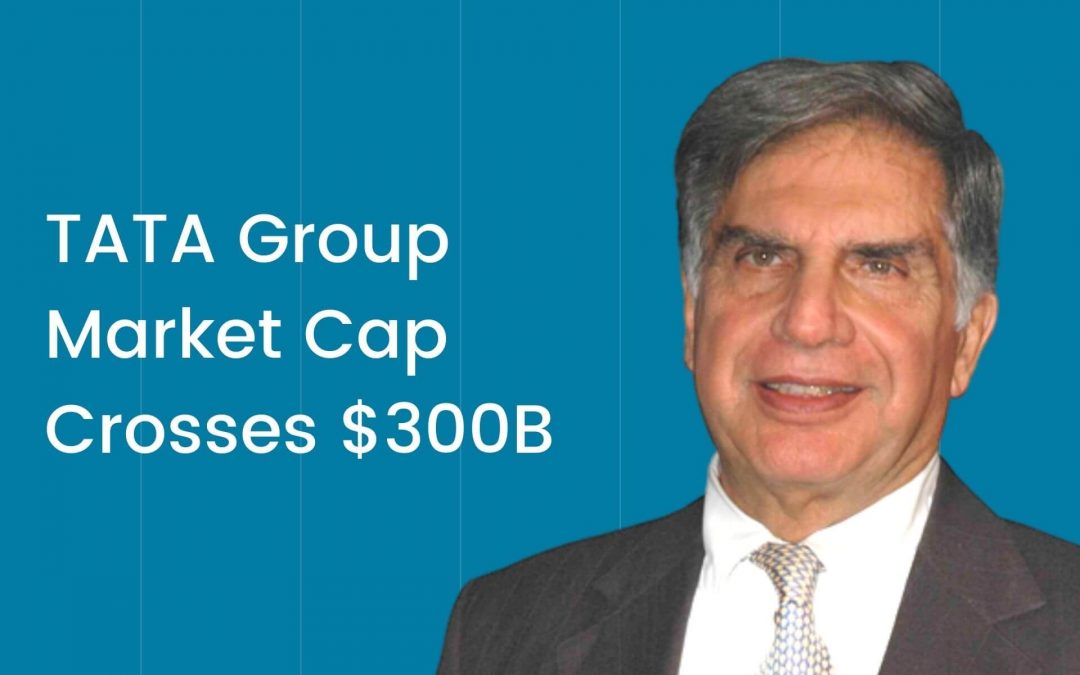 TATA Group Market Cap Crosses $300 bn: Who says that the Good boys finish last. The Good boy of the Indian Business ecosystem has added another feather to its cap.

And this time they have surpassed the expectations of the market and they have pleasantly surprised a lot. Yes, we are talking about the TATA group. They have managed to surpass the Group’s Market Capitalization of $300 bn.

27 out of the 28 companies listed on the stock exchange for TATA group have been able to generate positive returns for its investors and traders.

India’s largest business conglomerate has been able to add $84.75 bn to its market value since the beginning of the year. And most of its listed entities have been able to generate a return of 15% to 370% during the year.

Who are the major contributors to the $300 bn Market Capitalization of the TATA group?

Although there are 28 companies listed on the exchange for the TATA group. But there are a few prominent names who have contributed majorly to this rise in Market capitalization. The top 5 contributors include:

TATA group companies that have gained the most during this year

It is not just one company of the group that has led to this massive surge in Market Capitalization, the growth has come from various quarters.

And the only stock in the group which has not registered any growth this year is Rallis India (down by nearly 1%). So, such has been the spectrum of growth and most importantly, the growth is spread across the group.

Factors contributing to the growth of such magnitude

Growth of such stature doesn’t come without consolidated effort… It has to be a contribution from multiple factors, and the following are some of them:

TATA group believes in the philosophy of Change is the only constant. They believe that the future of the digital world lies in how “people” and “things” interact with each other and move in tandem.

With a complete focus on digitization and the “One TATA”  motto, a lot of positive modern changes can be expected from this group. And, they are also one of the pioneers and first movers who have entered in the Electric Vehicle segment in a big way.

With the focused presence in multiple sectors and also with the modernisation in management, but not at the cost of its employee welfare, this group still remains to be the most sought after.

And with 28 companies listed in the stock exchange and many more listing possible in the years to come, this group could very well become the benchmark which could very well show the overall health of the economy.

And if the words of the financial analysts are to be believed, there is still huge upside potential in the share prices of TATA group companies. Analysts predict that TATA Group Market Cap will be $350 bn by 2025.