Must Know Technical Indicators in The Bearish Market! 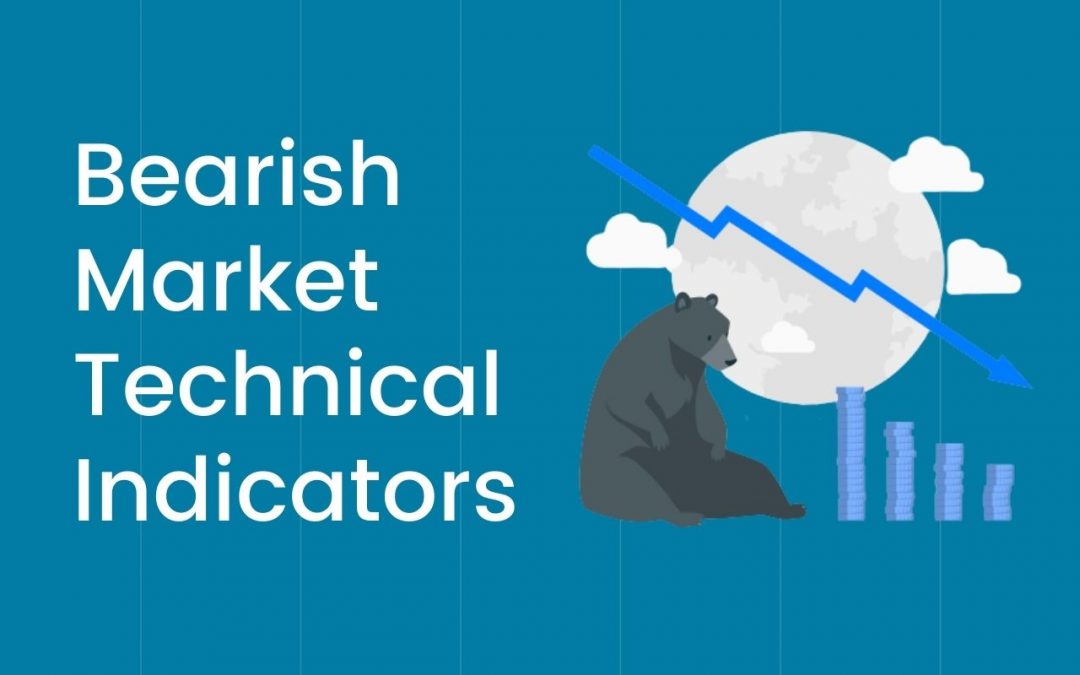 “The true investment challenge is to perform well in difficult times.” — Seth Klarman. The above quote sheds the light on the relevance of the bearish side of the market and the significance of the technical indicators in the bearish market. It’s in a common consciousness that everybody enters the market with the virtue of earning something out of it say passive income, wealth accumulation, etc.

But in reality, is it so predictable or easy to decode for everybody? In this article, we’ll look at the technical indicators in the bearish market.

As historic data may paint a different picture altogether as it shows about 90% of the investors lose money in the market. Every new entrant in the market looks for the avenue for more and more profits without covering their investments or looking for the bearish possibilities. The solution for that comes under the scope of the technical indicators in the bearish market.

Keeping Something Is Better Than Losing Everything

Every investor needs to understand the seriousness of preserving the wealth they have gained need not to mention the capital they have invested in asset classes.

The investor must be always active in the process working towards maintaining a margin of safety to ensure the protection of the portfolio’s worth from the headwinds of the markets.

What is a Bearish Market?

In the common parlance, the bearish market constitutes the negative shift in the trend, economic prospects, and even in the trade cycle. Resultantly the value of investments starts eroding by the negative outlook of the economy.

In many cases, the fall in the stock prices by about 20% can be termed as a Bearish scenario or bearish market. It possibly wipes out most of the gains made by the short-term traders.

What are Bearish Technical Indicators?

Bearish indicators are the tools that give an insight into the future stock price movement and intensity of the movement based on mathematical calculations on historic prices. The volume and present a warning to the investors beforehand.

Let’s look at some of the functions briefly:

Alert: Indicators alert the investor or trader in advance of the upcoming trend.

Confirmation: confirms the trend reversal or changes in the ongoing trend.

Below we will look at some technical indicators in the bearish market and then apply them in bearish scenarios:

Simple moving average or simply, moving average is a very effective tool in identifying long-term trends. It refers to the arithmetic mean of the set of prices over days in the past. This duration can be completely customized and compared with different time frames.

How does it work?

Without going into the technicalities let’s see how it works?

Due to its simplicity its one of the best amongst the other technical indicators in the bearish market.

From the above candlestick chart, we can see the stock prices of Havells India.

Another common technical indicator in the bearish market is used for generating bullish and bearish signals. Exponential Moving Average (EMA) is considered to be better than Simple moving average (SMA). As EMA it applies more weight to the recent price which reduces the lag and is more responsive as compared to SMA.

Also, one should use be mindful of using EMA in the trending markets as it’s a price-sensitive indicator and will generate multiple signals in a short duration.

An exponential moving average can be combined with various other indicators like MACD, RSI, trend, etc. To confirm the trend and before taking any position

Plotted above is the daily candlestick chart showing the stock prices of Amara Raja Batteries. For this case, we are using the default settings of 26,10 for the long term and short term respectively.

We can see from above the characteristics of the Exponential moving average with the multiple signals. The EMA crossover when the long term crosses the short term from above generating a bearish signal which is confirmed by the negative shift in trend.  Being an agile indicator EMA if used cautiously can reap great spreads making it a must know technical indicators in the bearish market.

At no. 3 of must know technical indicators in the bearish market, we have the Relative Strength Indicator or just RSI is an oscillator that shows the rate of the change or momentum of stock price. RSI is usually coupled with other indicators and price trends.

RSI movement is calculated price changes over the last period (usually 14 days) divided by the number of periods to attain the average. This movement is comprised of the overbuying and overselling of the stock.

RSI follows the prices and oscillates between 0 to 100 levels. Conventionally the trader uses 30% for being an oversold level and 70% for an overbought level.

RSI is most effective in the ranging or sideways market and also confirms the reversal of the trends.

Divergences are the trajectory differences in the price trend and RSI line.

Let’s look at a case for a better understanding using this indicator.

The above candlesticks chart shows the stock prices of BPCL. This stock usually trades in a sideways pattern where the relevance of the RSI comes in.

In the above case, the price was going higher with the stock prices reaching beyond the Overbought levels (70%) intimating us the possibility of the upcoming bearish trend. This possibility is confirmed by the Negative Divergence in the RSI line showing the momentum loss and fall in buying pressure.

MACD has the elements of multiple indicators as it shows the price momentum, trend reversals usage in both the short term as well as the long-term making it one of the most used indicators. essential for confirming the trend movements.

The standard settings for MACD are 12 and 26 period EMA and can be customized. MACD can be applied to daily, monthly weekly charts.

The centerline crossover occurs when the MACD (Fast) line crosses the zero (centerline).

The centerline crossover generates the most accurate signal, especially in the long term.

The above candlesticks chart shows the stock prices of Axis Bank.

We can see both the Moving average and the Centerline crossovers in the case above stock price fell and MACD followed the similar movement resulting in the MACD line crossing the signal line showing the bearish MACD crossover later on when the selling pressure rose and MACD line goes further below and crossed the zero-line forming a Bearish centerline crossover which denotes the intensity of the downturn.

We have kept the simplest indicator at the last amongst the must know technical indicators in the bearish market but still is very effective in identifying the trend changes. it is most accurate with trending markets and not much precise with sideways or ranging markets. Therefore, should be used accordingly.

The super trend is a trend following indicator. It is constructed with two parameters that are period (Average true range number of days) and multiplier (value by which the ATR is multiplied) with the default values of 10 and 3 respectively. It is popularly used on equities, futures, or forex and be plotted on daily, weekly, and hourly charts

As mentioned above the Super trend indicator is very effective in trending markets and can be easily identified.

The above candlestick charts show the stock prices of HCL Technologies.

In this case, we have kept the default parameters (10,3) as we can see the stock prices were initially up trending then took a bearish turnaround when prices broke the trend line and Super trend confirmed the bearish signal. This prompt signal provided us the opportunity to change our position and protect the investments from further depreciation.

And again, in the latter part of the chart, we can see the Super trend indicates bullish and bearish reversal accurately.

These were the must-know technical indicators in the bearish market to counter any bearish movement. Nevertheless, there are numerous indicators but no indicator is foolproof so, the investor/ trader can pick any indicator as per their suitability and can follow it with discipline can preserve their hard-earned money. Happy Investing!