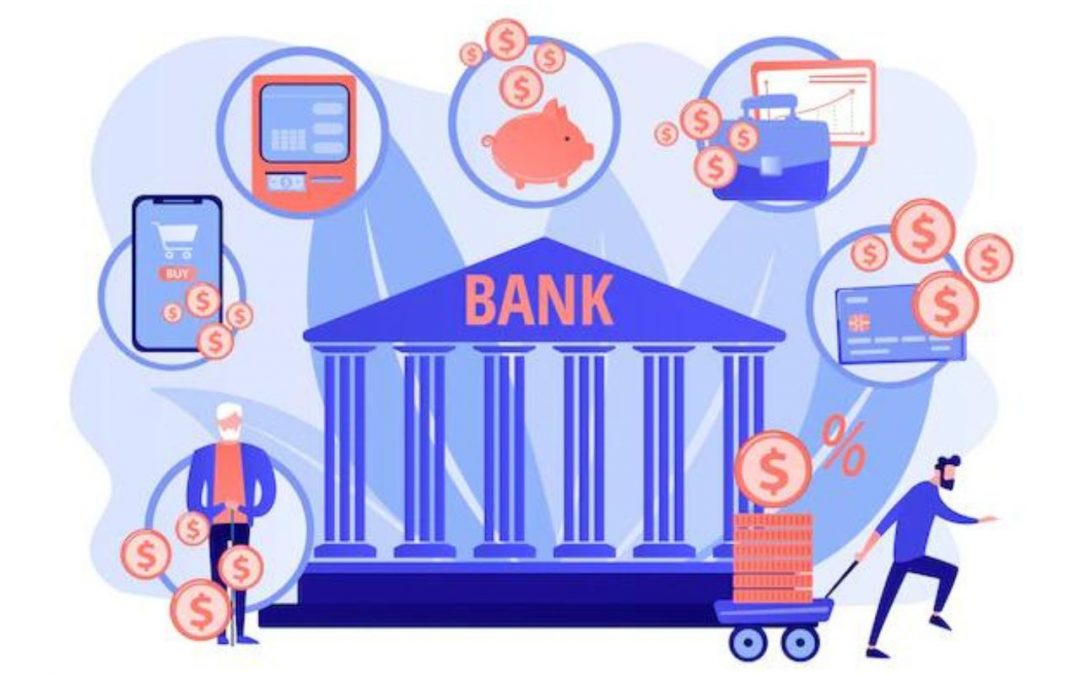 Top Bank Stocks In India: Often we hear that the Banking sector of a country is the backbone of its economy. It not only assist the people by safekeeping their money but also help the government in various financial activity.

Guess what, instead of just keeping your money with them, you can also invest in these institutions! In this article, we will take a look at top bank stocks in India. Keep reading to find out!

In view of the pandemic, Bank credit growth remained subdued on account of a lack of demand. However, since November 2020, there were signs of credit revival alongside green shoots of recovery in economic activity.

This was facilitated by favourable liquidity conditions and a gradual unlocking of the economy.

How to analyze Banking stocks?

Before investing in stocks, it is imperative that investors should do proper research on the fundamentals of the company. The banking business is different from other businesses.

There are different parameters that should be considered. Apart from the traditional ratios, some of the key metrics to be looked for are:

Credit Deposit Ratio (CDR): It is the ratio of how much a bank lends out of the deposits it has mobilized. There is no prescribed ideal ratio however, a very low ratio indicates banks are not making full use of their resources.

It is India’s largest private sector bank by assets and the world’s 14th largest bank by market capitalization as of July 2022. The bank has three key business segments: Wholesale Banking Services, Retail Banking Services, and Treasury.

It was the first bank in India to launch an International Debit Card in association with VISA (VISA Electron) and issue the Mastercard Maestro debit card as well. Its American depositary receipts (ADRs) are listed on the NYSE issued through JP Morgan Chase Bank.

The company has seen strong growth in its net cashflows and net profit margin which is a good indication. However, the promoters have been reducing their stake in the company but the promoters pledge remains zero. The gross nonperforming asset stood at 1.17% for HDFC.

ICICI Bank Limited is an Indian multinational bank and financial services company. It has a network of 5,298 branches across India and has a presence in 17 countries.

It offers a diversified portfolio of financial products and services to retail, SME, and corporate customers. The company has played a major role in establishing premier institutions such as CRISIL, NCDEX, and CIBIL.

The cash flow from core operations and net profit margin are positive as they have seen growth YOY. It must be noted that ICICI is one of the few companies with zero promoters holding. The gross non-performing loans in the retail portfolio were 3.53% of gross retail loans.

It is India’s fifth-largest private sector bank by assets and fourth-largest by market capitalization as of July 2022. Kotak offers banking products and financial services in the areas of personal finance, investment banking, life insurance, and wealth management.

The company has been able to use its assets efficiently which has resulted in an increase in net profit margin over the last 2 years. Recently the promoters have been reducing their stake in the company.

However, the promoter’s pledge remains zero. The gross NPA ratio for the bank is 2.34%.

Axis Bank Limited, formerly known as UTI Bank, offers retail, corporate and international banking services. It has the largest ATM network among private banks in India. Axis It maintained a leadership position with a 16% market share in UPI transactions & 15% in Mobile Banking for FY22.

The current declining cash flow from core activities and decreasing promoters holdings can be a reason for concern  Apart from that, the gross nonperforming ratio stood at 2.76% which is the highest among its peers.

List of all Bank stocks in India – Private Sector

SBI is an Indian multinational public sector bank and financial services statutory body. In the Indian Banking sector, SBI has a 23% market share by assets and a 19.77% share in the loans and advance market. It also ranked 43rd on the largest bank in the world list in 2020.

The company reported the highest ever standalone net profit of Rs 35,374 crores in FY22 with a net interest income of  Rs 1,17,000 crore which saw a healthy growth of 9.12% over the previous year.

The cash flow and profit margins of the company are also rising. Promoters pledge is zero and the gross NPA declined from previous years and stood at 3.97%.

It is the 3rd largest nationalized bank in India with a 132 million customers base.

The net interest income of the company was Rs 15,254 Cr whereas the net profit was Rs 1,548 Cr in FY22. The company’s profit margins are rising but the cashflows still remain weak. The promoter’s pledge is zero and the gross nonperforming assets ratio stood at 8.86%.

Punjab National Bank (PNB), is an Indian nationalized bank. It is the second-largest government-owned bank in India, both in terms of its business volumes and its network with over 180 million customers.

The financials of the company look good as the bank earned a net profit of Rs 3,861 Cr in FY22 which was a significant increase from the previous year. The total income was Rs 94,990 Cr and the Net Interest Income was Rs. 88,571 Cr.

The profit margins and cash flows have been rising as well. The promoter’s holding is strong with zero shares pledged.  The gross nonperforming assets ratio stood at 11.78% which is the highest among its peers.

Bank of India (BOI) is an Indian nationalized bank that offers services such as Retail banking and NRI banking. It is the first among the nationalized banks to establish a fully computerized branch and ATM facility in Mumbai. The bank is also a founder member of SWIFT in India.

In FY22, the total income of the company was Rs 41,174 cr and the profit earned by them amounted to Rs 3,493 Cr. The margins of the company have increased significantly and so have the cashflows.

List of all Bank stocks in India – Public Sector

India’s digital lending is estimated to reach US$ 1 trillion by FY23 driven by the multi-fold increase in digital disbursements.

In addition to that, by 2025, India’s fintech market is expected to reach Rs. 6.2 trillion (US$ 83.48 billion). This presents a huge opportunity for investors to invest in this growing segment. That’s all for the article on top bank stocks in India. Happy Investing!