Top 5 Bearish Candlestick Patterns All You Need To Know! 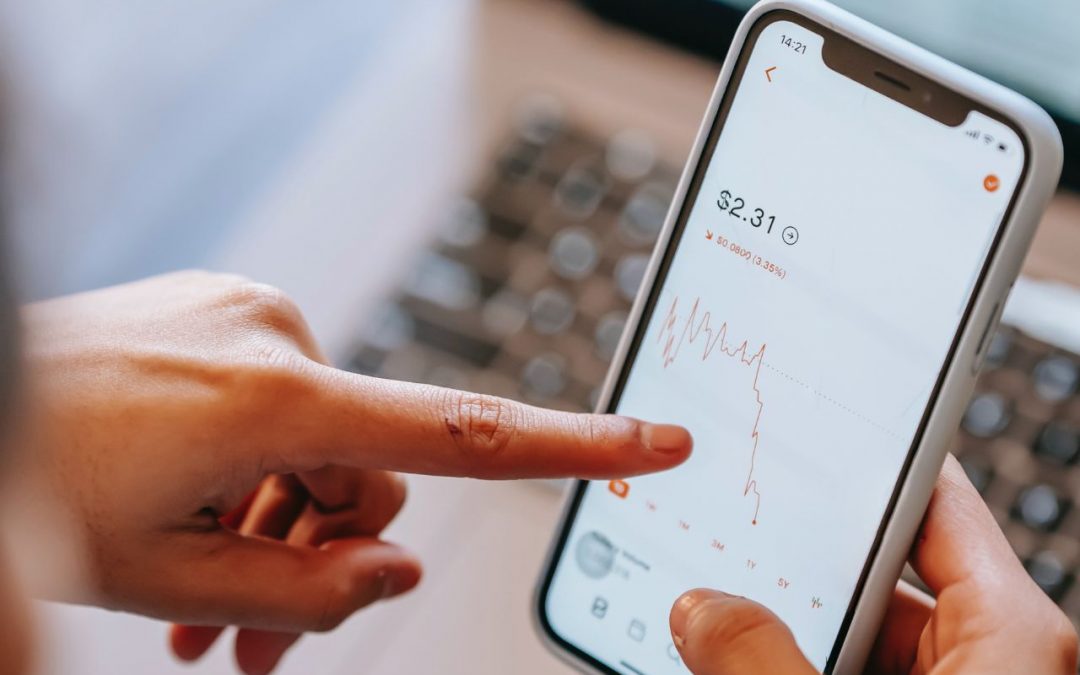 Top 5 Bearish Candlestick Patterns: Patterns are everywhere, some we find in nature and others are often easy to identify as we visualize.

This promotes our intuitive thinking and also increases the possibility of getting closer to finding the unknown or undiscovered.

The same goes for the stock market. Even though arguments are made and questions are raised whether the stock prices and chart patterns have any correlation?

Or can patterns predict price movements? In this article, we take a look at the Top 5 Bearish Candlestick Patterns and all you need to know about them!

Just like sociology, there is no laboratory for finding out the best approach that will guarantee desired results in the stock market. We have to compare it with historical data and prices.

In this case, with the analysis of the past prices and common patterns in the prices. These patterns can be drawn and their movements can be observed.

These patterns could be applied on the charts can help in predicting future price movements if these price patterns emerge again.

As the price patterns have cyclical nature, they tend to repeat themselves.

Below we will look at the Top 5 bearish candlestick patterns that will come in very handy in predicting a downturn in prices.

But before that first, let us look at what are bearish candlestick patterns?

What Are Bearish Candlestick Patterns?

Until now we have established that the patterns are useful in predicting the price movements.

The bearish candlestick patterns forecast the negative movement of the prices where the sellers are exerting pressure over buyers and selling pressure is overpowering the buying pressure.

With the help of bearish candlestick patterns, we can predict the downturns and take our position accordingly.

Let us look at the Top 5 bearish candlestick patterns:

At no.1 we are going with a bearish reversal pattern very useful and easy to spot in the bullish markets. Being a trend reversal pattern, it occurs when the prices are in an uptrend but buyers are losing momentum.

Usually shown by small green candles with short shadows. These are followed by a large bearish or red candle that opens above the close of the previous candle.

But later it goes below the opening of the previous candle forming the pattern as the bearish (red) candle engulfs or swallows the preceding bullish (Green) candle.

How To Spot It?

From the above price chart, we are looking at the prices of the State bank of India

As we can see initially the prices were trending in the sideway and then downtrend to reach the point of support. After a few green candlesticks signal a bullish reversal with a good volume of buyers.

Later on, we see buyers losing the momentum and the buying pressure is translated to selling pressure reflected by the large bearish (Red) candlestick which completely engulfs the Bullish (Green) candlestick.

After the pattern is complete, we can see the continuous fall in the prices and bearish trends taking over. The bearish engulfing provided signal at the earliest and can be more effective if combined with the volume indicator.

When the prices are in the uptrend the price opens at a higher level than the previous. But during intraday, the sellers take over the market completely and push prices below the previous open level.

This triggers an immediate response for the buyers to change position and then they too are converted into sellers. Let us look at other Top 5 candlestick patterns

At No.2 of the Top 5 bearish chart patterns comes the Dark cloud cover. It is the bearish counterpart of the Piercing pattern.

This pattern can be spotted in a bullish trend where the buyers are in complete control shown by the long bullish (Green) candle followed by a gap higher opening then turning into a Bearish (Red) candle and closes at least halfway into the prior Bullish (Green) candlestick’s body.

How To Spot It?

From the above price chart, we are looking at the prices of the Jubilant food works

We can see from the above price chart; the prices were moving in a major uptrend. It tried to reverse in between but the buying pressure kept them higher until halfway of the previous candle

The dark cloud cover formation with a higher gap opening but due to the immense selling pressure Bearish (red) candle went below the previous close and stopped at half of the previous candlestick.

This sends a strong bearish reversal signal leading to a drastic fall in prices.

With the buyer in control, prices are surging through trends. The first bullish (green) candle doesn’t show any signs of fall or descent in the forthcoming prices.

But as the second bearish (red) candle gaps up sellers dominate most of the session of the day. Later on, the buyer tries to salvage the day by keeping the prices higher than the previous open.

As the buyers are not overcome the pressure from the sellers and are forced to change their position and then it turns into all seller commanded market. Let’s look at 3rd of the Top 5 candlestick patterns on the list

At no.3 of the Top 5 candlestick patterns is the Bearish harami.

From the above price chart, we are looking at the prices of the Bajaj Auto Ltd

As we can see from the chart the prices were in the sharp uptrend with a few bearish (red) candles showing the momentum loss of the trend.

That was later confirmed by the bearish harami pattern as the price opened at a lower level than the previous close.

That signals the return of sellers in the market and closed just above the previous candle’s open where the number of buyers increased. Hence completing the pattern.

This bearish reversal is confirmed by the consecutive lows by the price signaling complete control of sellers in the market.

In major uptrend prices open at a lower level than the previous close. This shows a contrary behavior of prices signals the entry of the sellers into the market.

This concerns the buyers and they start booking profit but still, the bearish trend is not confirmed and the prices close above the previous open.

The increase in the selling volume in the upcoming confirms the arrival of the bearish trend. Let’s look at 4th of the Top 5 candlestick patterns

At no.4 of the Top 5 bearish candles, we have Evening star a commonly occurring bearish formation. This signifies the end of a bullish trend reversal into a bearish.

It occurs at the top of the uptrend. it is formed by first a bullish (green) candle, a second small body (green/red) candle that opens and closes higher above the first candle.

Replicating a structure of the star and the third bearish (red) candle closes fairly into the first bullish (green) candle.

In this pattern, with the bulls/buyers in charge.

The price forms a bullish (green) candle then following the trend the price opens up higher than the previous session but buyers are not able to continue to upward push and face the resistance from sellers.

In the second (green/red) candle so the prices end up being above the previous close.

From the above price chart, we are looking at the prices of the HCL Technologies

We can see all the criteria meeting in the above price chart with an uptrend. This led to the formation of a bullish (green) candle followed by a gap-up opening of the second candle.

The buying and selling pressure canceling each other off and finding the equilibrium just above the previous close.

In the third candle, the sellers finally overcome the buying pressure to dominate the session. Although we see one bullish (green) candle in between the buyers could not hold the price for long.

Ultimately, the price nosedive into the bearish trend.

The psychology behind this pattern is when the bulls/buyers are in control making higher highs at a point.

Then they start losing momentum and the amount of the seller increases with pushing the prices down. But going against the long trend the prices end up being above the previous candle close putting the buyers at indifference.

With the third bearish (red) candle buyers start profit booking and join in with the seller. It drives the price further down. Let’s look at the last of the Top 5 candlestick patterns

At no.5 of the Top 5 bearish candles is the gravestone doji and is only one candle pattern on the list. Nevertheless, it’s one of the most certain and earliest signals generating candlestick patterns that occur at the top of the uptrend.

When the bulls/buyers are pushing prices higher than at a point where the buyers show a sign of exhaustion.

This occurs when the (green) candle opens at higher than the previous candle but the buyers are unable to hold the prices up for long.

As the selling pressure pushes the price to the opening of the candle forming a long upper shadow with a little to nobody of the candle.

From the above price chart, we are looking at the prices of SAIL India

The above price chart shows a bullish trend with good buying until the gravestone Doji candle appears and which opens at high initially.

But later is taken over by the seller and buyers provides support at the closing which is on or near open of the session. The price gyrates over the day from top to below closes at the opening of the session.

Until the Gravestone Doji formation prices stay bullish. But as the prices fell with the entry by sellers buyers are not able to deal with the immense selling pressure and just manage to keep the price above the opening level of the session.

Resultantly it affects the psychology of the buyer that the seller will take over the upcoming session and it’s a good time to book profits and with the consecutive session buyer are converted into which transform the trend to bearish.

These were the Top 5 bearish candlestick patterns. These can be very useful in predicting change in trend but one thing we must understand bearish patterns are just the probability of the bearish trend.

One should wait for the confirmation and you won’t get a picture-perfect pattern In the real world but the principle remain constant and we must follow those.