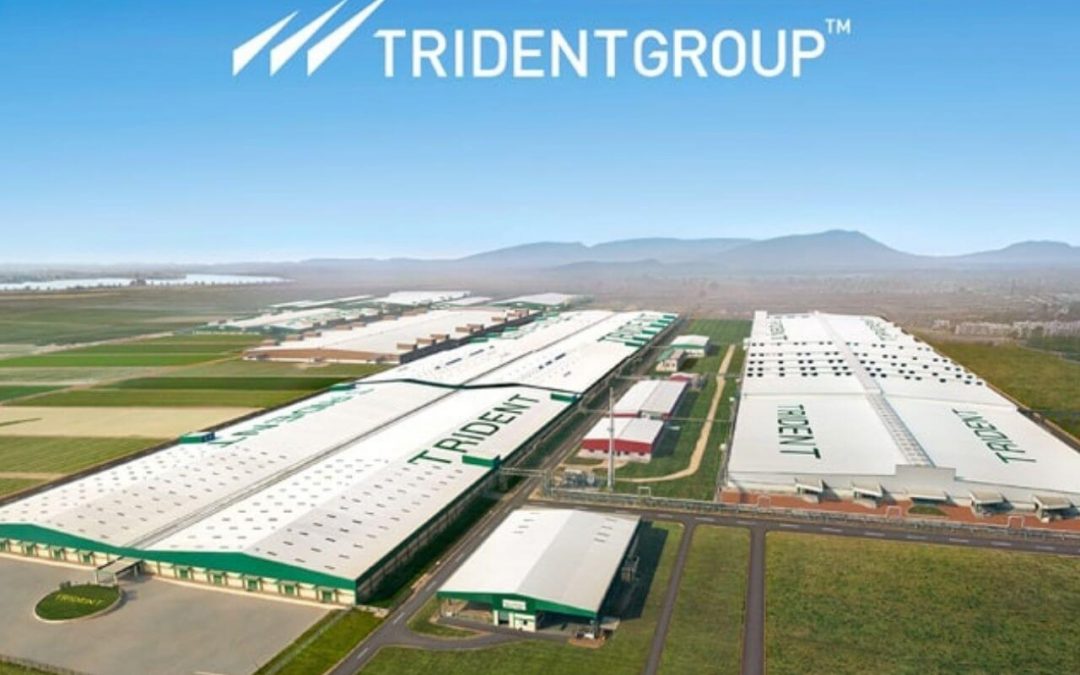 Trident Ltd Analysis: How often do you hear about a mid-cap company whose share price has grown 500% in only two years? Now add to it the fact that it is a household name. You may have its bedsheets at home or there is a good chance that the paper used in your office printers is manufactured by this company. We are talking about Trident Ltd. here.

The rise of Trident is a surprise to many. In this article on Trident Ltd Analysis, we shall cover its history, and get some sense of the industries in which it operates. Later we will move to its fundamentals and see what competitive advantage it has. A conclusion summarizes the article in the end. So without further ado, let us jump in.

Trident was set up in 1990 as a yarn manufacturing company. It later entered terry towel manufacturing in the late 1990s. Over the years, the company slowly diversified into the paper, chemical and energy sectors.

Fast forward to today, Trident is a diversified mid-cap company producing yarn, textiles and paper with a strong global presence in 150 countries across the globe. It has four manufacturing plants in India.

The Ludhiana, Punjab-headquartered company is the largest manufacturer of wheat straw-based paper and terry towels in the world. It employs 15,000 people and has a strong retail and online presence.

Trident was founded by Mr Rajinder Gupta, a first-generation entrepreneur and Padmashree awardee. He currently serves as the chairman of the company. Mr Deepak Nanda is presently handling the day-to-day affairs of the company as the managing director. He has more than 30 years of experience.

We now have a good sense of Trident’s history and what it does. Let us quickly understand how big the market is for its products.

In contrast with the global market, India’s domestic textile and apparel market is projected to grow at a CAGR of 10% to $190 billion by 2026. This bodes well for domestic textile manufacturers such as Trident.

As for the global pulp and paper market, the other segment in which Trident operates is estimated to grow at a CAGR of 0.74% from $ 352 billion in 2021 to $ 370 billion in 2029. But the prospects for the Indian paper industry are much stronger. Its average growth is projected at 8-9% every year.

Growth in the education sector, e-commerce volume surge and growing demand for paper packaging amid the ban on plastics are the major growth drivers in India.

We can now say that the opportunities for organised players such as Trident are huge in both the industries: textile and paper. Let us now move on to understand its product segments in detail.

Trident has three key revenue streams: bath & bed linen, yarn and paper. Over the last five years, the share of its linen business has risen as a percentage of total revenues while that of yarn and paper has come down.

On a 5-yr basis, the revenue has grown at a CAGR of 8.95%. Thus we can say that Trident’s main revenue and net-profit growth has happened over the last year only.

Trident has shifted its product strategy over time which has resulted in higher margins and more profitability for the company. Despite its manufacturing base being located in India, you’ll be surprised to know it derives only 32% of its revenue from India.

Rest 41% of its revenue comes from the USA and the remaining 27% comes from the rest of the world. Back in 2018, exports accounted for 55% of the total income for the company.

The table below shows the revenue and net profit growth of Trident over the last five years.

The effect of increased revenue was clearly visible in the profitability of the company. The textile industry keeps significant operating leverage. As the operating and net-profit margins increased sharply for the company in FY22.

The table below presents the operating and net profit margins of Trident for the last five years.

The company has come a long way since then. Trident’s management has done a fine job of paying back the debt over time. While the revenues have almost doubled in the last six years, the long-term debt of the company was only Rs. 310 crores for the year ending March 2022.

As for its return on capital employed and return on equity, they have remained volatile during the years. Earlier they were hit by lower capacity utilization. However, a sharp surge in revenues and profits helped the company to establish better return ratios. Consequently, the stock of the company saw a re-rating generating good returns for its shareholders.

Sharp increase in topline and bottom-line now prompt an explanation. And the answer to the question also highlights the competitive advantage of Trident over its domestic and international peers.

You see after Covid-19 led to supply-chain issues, companies around the world started diversifying their sourcing and manufacturing operations to other countries. They wanted an alternative to China. Nations such as India and Pakistan in addition to Bangladesh and Vietnam emerged as top contenders because of their lower cost of production and lower CO2 emissions.

Changing macroeconomic environment being one reason, Trident’s own structure emerges as the second reason for its outperformance.

Trident’s backward integration of its textile business with its yarn segment provides the company with a cost advantage. Furthermore, the captive power generation by the company keeps its power cost low. This two-pronged set-up helps the textile maker to pass compete aggressively and pass on benefits to its customers in terms of lower prices and better value.

Trident has allocated Rs. 1,377 crores towards capital expenditure for growing yarn, sheeting and power generation. Its capacity expansion plans are expected to be completed by September 2023.

This will help Trident to meet the growing demand in India and capture a larger market share globally.

We are almost at the end of the article. Let us have a quick look at the key metrics of Trident.

Trident has grown immensely over the last year. However, its blockbuster results were already in the making given management’s decision to invest in the previous years. Not long ago, the company was classified as a small-cap stock with its share price below Rs. 10.

Its stock has given a multi-bagger return of 500% over the last 2 years only. Now, contrast this with 55% of the NIFTY50 during the same period.

It will be interesting to see its growth and stock returns in the years ahead. Will it be able to maintain the same growth? It is said that time has all the answers in the stock market. Till then, keep saving and keep investing.