What is a Forward Contract? Difference Between Forward and Future Contracts! 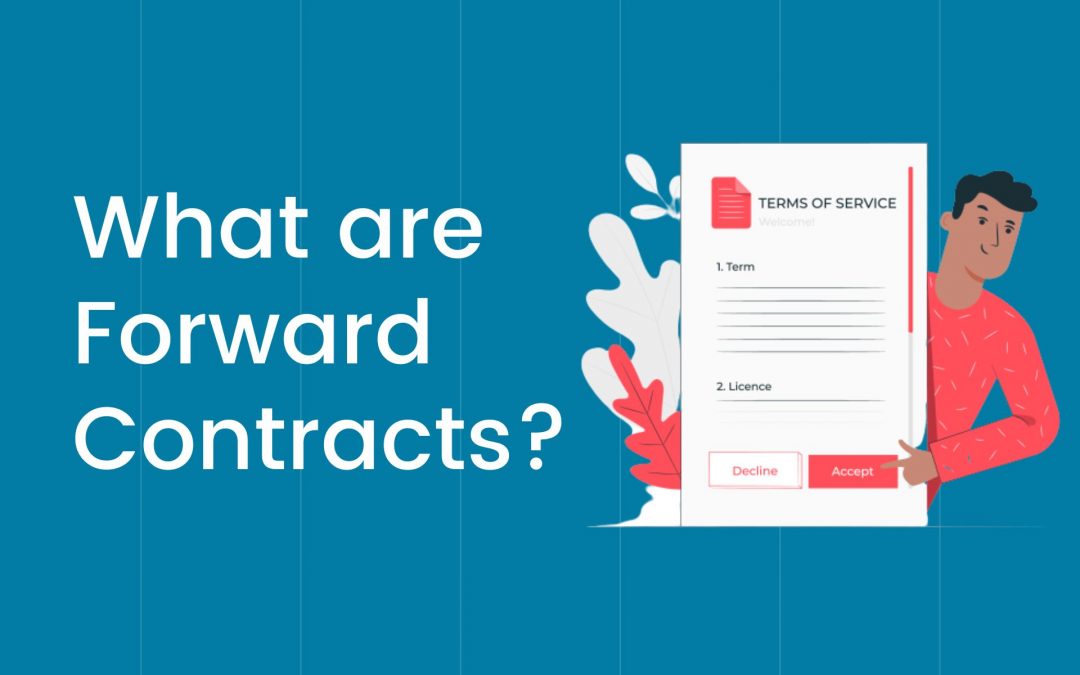 What is a Forward Contract: We live in the era of structured products and hedging instruments intending to make the fast-paced financial world more ‘certain’ and ‘secure’ and convenient for everyone. We often hear the words ‘Forward or ‘Future’ contracts thrown around, often puzzling many. In this article we take a look at what these two contracts are and understand them better. Keep Reading to find out!

What are Forward Contracts?

Did you know that it all started from the simplest form of forward contract where it was primarily used for trading commodities. The forward market reduces price volatility. This is of paramount importance in setting up the foundation for other popular derivative contracts nowadays. As there were no exchanges or regulatory authorities back then people used to abide by the agreement or keep a guarantor to ensure settlement.

Why is it Considered a Cornerstone of the Financial Industry?

As time progressed it started to take more of a formal shape. This was thanks to the introduction of Antwerp Bourse 16th and Amsterdam Bourse in the mid-17th century. Further East the Dojima Rice Exchange in Osaka Japan is also considered as the first future exchange market which primarily dealt in Rice. The Antwerp bourse predominately traded in Forward contracts of commodities.

The Amsterdam Bourse on the other hand increased its scope to forward and option contracts for the foreign shares and commodities. Later in 1864, the Chicago Board of Trade listed the first ever standardized forward contract aka the Futures contract was executed. The Forward contract set up the pathway for all the financial products that we are using today.

Unlike a Futures contract, a Forward contract is a non-standardized agreement that provides freedom for both the counterparties to customize the contract as per their suitability. The terms of customization includes rise of the underlying, expiration date of the contract, quantity, location of delivery etc. The forward contract can be drawn between two parties (only) to Buy or Sell an asset on a specific date in the future based on terms decided in the present.

Are Forwards Contracts a Derivative Contract?

The forward contracts are over the counter bilateral contract that can be tailor-made following the requirement and agreement of both parties. This makes them unique as compared to the Futures Contract.

How Do Forward Contracts Work?

Forward contracts are the contracts that deal with the providing solution for the uncertain price risk of the underlying assets over time. They also provide an opportunity for both (Buyer and seller) the parties to hedge their respective positions.

Let’s take a scenario to see how this works?

In this example take the prices of wheat which are fluctuating frequently. As a farmer, you need the wheat to be sold at Rs.50 per kg to break-even. The current price per kg wheat is at Rs.52 and the cereal manufacturer has to bear losses if the price of the wheat goes beyond Rs.55.

In this scenario where the price is uncertain due to fluctuating prices both the parties are at risk.

The forward contract provides a way out to mitigate this risk for both parties. Both parties can agree upon a specific price (say 53) where both of them will be beneficial irrespective of the price changes. But there is a catch in this, as the magnitude of the benefits will differ. (Say if the price goes below Rs.53 the farmer will be greatly benefitted and vice versa)

Case 1: Let’s assume Due to Surplus of Wheat Supply the Price of the Wheat Falls to 49.

In this case, the cereal manufacturer will incur the loss of Rs.4 per Kg as they have to buy the wheat at Rs.53. While the farmer will be greatly benefitted thanks to the contract. But looking at the positive side of things for the cereal manufacturer, they have mitigated their risk by locking in the price at Rs.53 which gave the contract the essence of insurance against the price risk.

Case 2: Let’s Assume the Demand for Wheat Increases Leading to the Rise in the Price to 56.

In this case, the farmer could’ve sold the wheat at Rs.56 but is obligated to sell it at Rs.53. But he is still insured against the negative movement in price where he won’t even be allowed to recover even his cost of production.

Forms of Settlements in Forward Contracts

There are two forms of settlement in forward contracts:

What are the Uses of a Forward Contract?

Forward contracts are beneficial in hedging the price volatility. But are also used for speculative purpose as it provides an avenue to gain the upside or the downside movement in the price of the underlier. The unpredictable nature of the market prices makes Forward contracts highly speculative.

Let’s look at some major risks involved in forward contracts.

The forward contracts are traded on the Over-the-counter market, where no Exchanges or clearing houses are involved. Hence, the default risk is high in these contracts. Either of the counterparties may fail to honour the agreement.

In the scenario where the contract is no longer favourable due to negative price movement of the underlying asset provides the incentive to default to either of the counterparties.

Being an Over-the-counter contract, the Forward contracts are not traded on exchanges which lacks the price discovery and transparency as it is not a centralized market structure price can variate from party to party.

To overcome these risks Future contracts were introduced.

What is a Futures Contract?

Future contracts are Standardized exchange-traded agreements to buy or sell the underlying asset at predetermined at a specific date in future. The futures contracts are settled by the clearinghouse which mitigates the risk associated with default. Therefore, both parties are required to pay initial margins to participate in Futures contracts.

For better clarity let us look at some distinctions in Forward and Futures contracts.

Difference between Future and Forward Contracts

As mentioned above the futures contracts have huge merits over forward contracts making them a more secure alternative for trading. But still, they are highly speculative and nowadays Futures contracts are more prominently for speculative purposes which created a negative image in the investor base. Therefore, caution is essential while entering any derivative contract.