What is a Golden Parachute? Pros, Cons, Uses and Examples 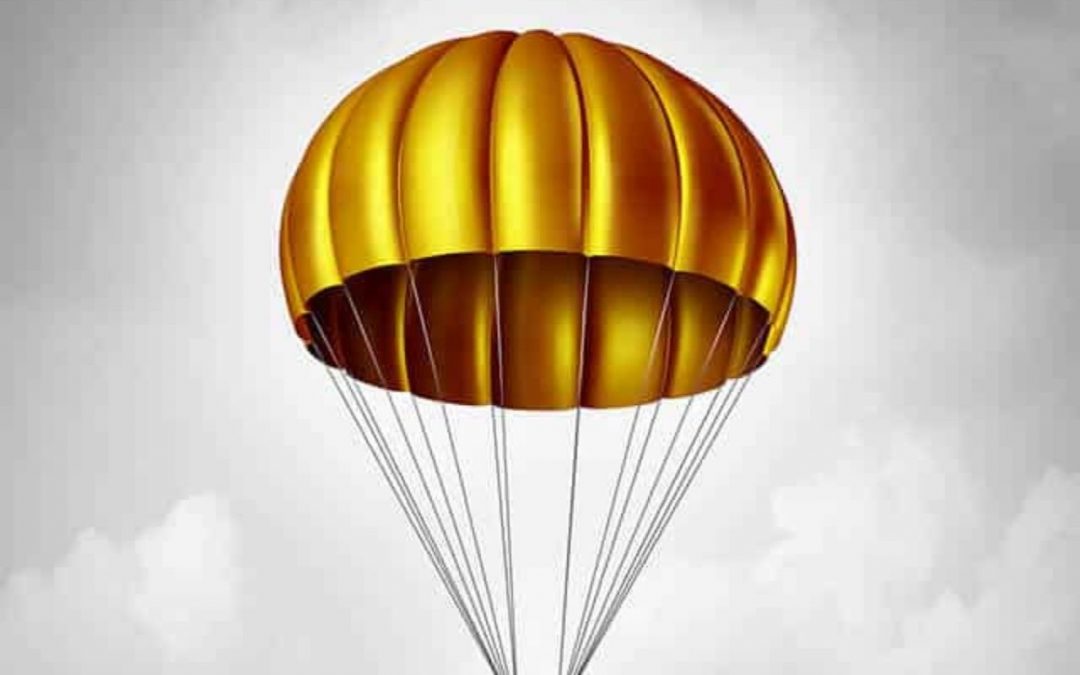 What is a Golden Parachute: Watching ‘Steve Jobs'(movie) got me wondering, if I were to become a top executive, what would protect me if I were removed from a company as he was. Watching ‘The Founder'( Movie on McDonalds) only made things worse. But as I looked further I finally found my parachute.

A golden parachute provided solutions to this problem. Today, in this article we will talk about what exactly a golden parachute is and how it works to help the top-level executives of companies and one day could help you. Keep reading to find out!

What is a Golden Parachute?

A golden parachute, as the name suggests is a last-minute financial backup created for top-level executives. These are contracts which are activated in cases of hostile takeovers or when executives are terminated as a result of mergers or takeovers.

Here the executives are provided lucrative severance packages which include bonuses, stock compensations, insurance, pension benefits etc. These also can be used in cases of being fired without cause.

To put to rest the question I had, golden parachutes don’t exactly protect me from being fired but sure do take care of my financial well being. Well if I can’t captain the ship anymore at least I can get to safety with a golden parachute.

However, there still exists another option one can exercise to avoid hostile takeovers or mergers as a whole called the poison pill. Which you can read here!

To better understand how it works let us take a look at an example. Say CEO ‘A’ has been working with company ABC and has been instrumental to its success from its early days. His employment contract however includes a golden parachute.

Industry leader XYZ tries to play dirty and acquire ABC by force. After being successful, their first decision was to fire CEO A. Lucky for him he has a golden parachute in his contract which provides him with a severance package worth Rs. 100 crores in this circumstance. This makes sure that he is taken care of in such a situation.

Is the golden parachute good or bad?

We would get a proper understanding of this by taking a look at the pros and cons of golden parachutes:

Hire and Retain: Ask any entrepreneur or top-level HR, one of the biggest problems that they face is hiring the best talent. The best talents both outside and within the company want to ensure that they are taken care of in all circumstances. And a golden parachute does just that!

Conflict of interests: When I introduced you to this topic, my biggest fear was what would happen to me in such a hostile takeover. But can you see that this fear could at times work against the best interest of the company? Say a merger may be fruitful to a company but it may make me dislike it. This is if it increases my chances of getting fired. Hence a golden parachute ensures that I put the company’s needs first as my financial well being is taken care of.

Conflict of interest: Here’s where human psychology becomes tough. A golden parachute may also allow the unethical to make the worst decision for a company for their financial gain. Not to mention such huge payouts may not even be in the financial interests of the company and may even reward poor-performing top-level executives.

Is the Golden Parachute in use in India?

Although there is no concrete data from 2022 that shows the use of golden parachutes, there still are sources citing its use. An article dating back to 2008 states that golden parachutes have seen a rise in use.

The industries they cited where Golden parachute was popular were IT, telecommunications, media, insurance and financial services. Undoubtedly the number has increased multifold today.

Some examples of Golden parachute in India Inc include:

This acquisition made by Tata of Corus to this day remains one of the biggest acquisitions made by an Indian company. Luckily, Corus CEO, Phillippe Varin included a golden parachute in his contract. And accordingly, even though Tata did not intend to fire him, a change in his role within the organisation brought his golden parachute to life.

His package at the time included a base salary of Rs. 6.9 Cr. with an added bonus of up to 100% of salary, half in shares and the rest in cash and a pension allowance equal to 30%.

The takeover resulted in him getting his base salary for the rest of his contractual term. In addition to this, he also received 40% of his basic salary representing his lost bonus.

And, an additional amount equal to 30% of his remaining basic salary, representing his pension allowance for the rest of his term. His term was to last for 11 more years. The deal left many top-level managers at Corus really rich.

This resulted in Motorola’s CEO Sanjay Jha being paid $66 million as a result of his golden parachute as his services were no longer required.

The departure of Rajiv Bhansal and David Kennedy from Infosys resulted in them receiving golden parachutes as well.

My fictional mind can finally rest for now as I have one area covered for when I become a CEO. What about you? Do you think this article could help your current or future self? Let me know in the comments below. Happy Reading!