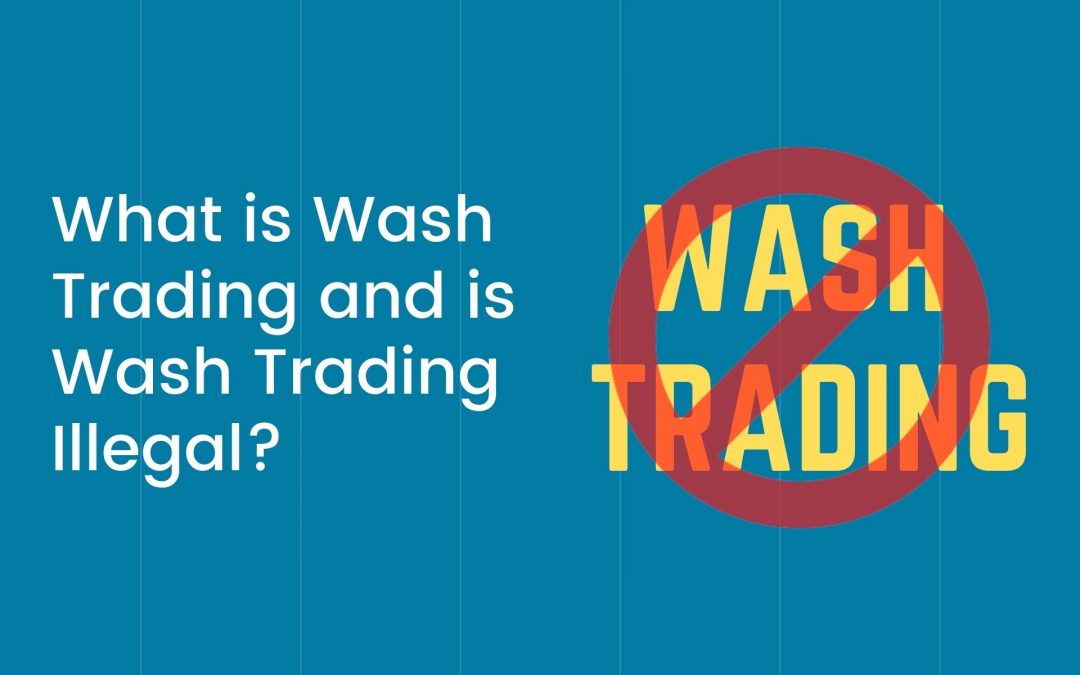 Is Wash Trading Illegal: The first organised stock exchange in India was the Bombay Stock Exchange which started in 1875. It is stated to be the oldest in Asia. In 1992, the National Stock Exchange was formed. Over the years, participation in the market has increased multiple folds. This has led to innovation in the markets and the process of trading has become much easier.

However with this stock market boom a lot of traders also started to exploit the loopholes in the market. This is evident by the multiple scams that have happened particularly in the stock market over the years. One of the ways to do that is by wash trading. In this article, we will understand what is wash trading and what it is a means to manipulate the market.

What is Wash Trading?

Wash trading is also known by other names like matched trades, wash sales, matched order, mirror trades when done across jurisdictions, etc. It is a type of fictitious trading. A fictitious trade is a way to give the impression that the market is moving in a certain direction, when in fact it is being manipulated.

Often, in wash trading, the ownership of the stock does not really change. The shares are sold and bought by the same investor. The purpose of this trade is to manipulate the price of the stock. The trader can buy the stock at the price he is willing to pay.

Earlier, wash trading was a popular way for stock manipulators to send a  false signal about a stock. It was an attempt to pump up the value so that these manipulators could make money in a short period of time. Wash trades are essentially trades that cancel each other out and have no commercial value as such.

How is Wash Trading Done?

Another party that plays a key role to facilitate this type of trade is the broker. They are the financial professionals who execute orders in the market on behalf of clients. Therefore, the traders collude with them, to make this type of transaction.

At times, it is also associated with a form of insider trading. In the broadest terms, insider trading is the buying and selling of securities that the individual has more knowledge of than the general public. Because the investor is buying from and selling to themselves, they have the utmost knowledge about the trade.

The Legality of Wash Trading

Wash sales are illegal in many countries including the US and India. The regulatory bodies have taken action and come up with different laws to protect the investors from such malpractices by some traders in the market.

The Securities and Exchange Board of India is the regulator of the Indian stock markets. On May 16, 2017, came out with the “Policy” regarding wash trading or self trade in India.

The law states that an assessment has to be made regarding whether the trade was intentional or unintentional. The decision will be on the basis of supporting evidence. The manipulation caused by indulging in self-trades should be clearly brought out. While assessing the intent, the volume transacted may also be considered in addition to the other factors. Any such reported activities will be scrutinized by a quasi-judicial body.

If the intention is the manipulation of the prices of particular stock then, such investors will be charged with the violation of Prohibition of Fraudulent and Unfair Trade Practices Relating to Securities Markets (PFUTP) Regulations. If not or if it is accidental/unintentional then, no action shall be taken.

It is possible to commit wash trades inadvertently. The most important factor used to judge the legality of wash trading is the intention behind such transactions.

High-frequency trading firms and cryptocurrency exchanges use wash trading to manipulate prices. High-frequency trading (HFT), is a method of trading that uses powerful computer programs to transact a large number of orders in fractions of a second. With the use of complex algorithms, multiple markets can be analysed and based on the conditions large orders are placed.

Wash trading has been used in cryptocurrency for a long time now. One such instance was the Chinese influence on Bitcoin prices in 2015. In that year, about 92% of bitcoin trading was done with the Chinese currency Renminbi, according to data from CryptoCompare. This was possible by the large trade volumes executed by the Chinese traders. Another example can be when Bitcoin fell as much as 30% this year in May as the investors started selling in large volumes.

With good intentions to mislead investors, sometimes even exchanges use wash trading to attract new investors into the market. It aims to give out a positive outlook to people that a lot of trades are executed through their exchange.

Why do People Engage in Wash Trading?

One of the reasons some people fall for wash trading can be attributed to their use of trading volume activity as a technical indicator. Traders and investors often follow this data to spot a trend in the market. The manipulated data can mislead traders and lead them to make a loss. Wash trading can have both positive and negative effects from the company’s perspective.

If there is too much buying and selling of a particular stock in the market, the prices will shoot up. This will increase the market capitalization of the company as it is calculated using the current market price. However, in the long turn, with the correction in the markets, the value of the stocks will move toward the intrinsic value. This might lead to a decline in capitalization as well.

The infamous Ketan Parekh Scam is a classic example of wash trading in India. He was known as a ‘Bombay Bull’ during 1999-2000. During his peak, all the investors followed Parekh’s every move.

His scam was carried out through his own stockbroking firm- NH Securities. All the trade were done through the Kolkata stock exchange which had no strict and pivotal rules and regulations.

He created a portfolio called K-10 which consists of top 10 low profile corporates with low market capitalization and liquidity at that time. Many shell companies were formed by him to trade the share of these companies among themselves. Ketan also forged new partnerships with brokers to trade on his behalf in exchange for hefty commissions. This created a hoax in the markets and the prices were heavily manipulated.

Market manipulation has been a part of the game for long now. This is the reason why SEBI has introduced a lot of measures in the last few years to protect the interest of the investor such as the Additional Surveillance Measure (ASM) list. The stocks that make to the list are the ones whose prices have been more volatile among other factors.

There can be legitimate reasons for wash trades to be performed but often there is less innocent motivation and intent behind these transactions. As an investor, one should always do their own due diligence before making any decisions. That’s all for this article “Is Wash Trading Illegal?”. Do let us know what you think in the comments below. Safe Investing!