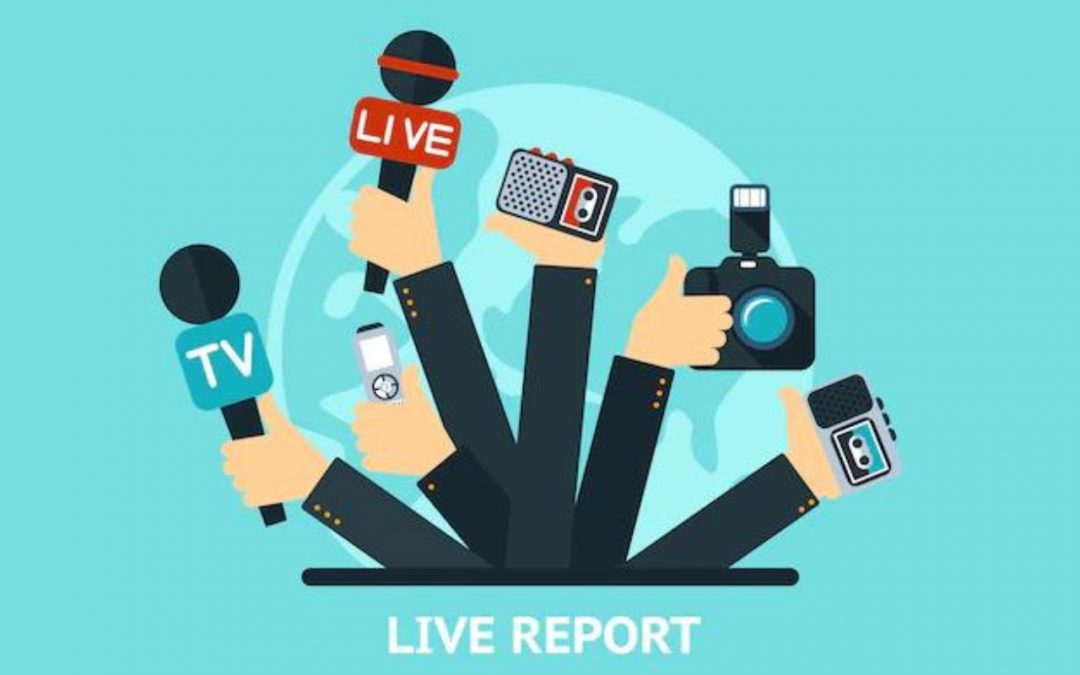 There’s no comparison to getting home after a tough day and kicking it back to listen to your favourite songs or watch your favourite movies. Entertainment forms an integral part of our lives, but why leave the enjoyment at that. The Indian stock market also provides us with the opportunity to invest in the media companies that provide us with some of the best entertainment. In this article, we take a look at the Best Media Stocks in India for 2022. Keep Reading to find out.

As daily consumers of this industry not all of us know exactly how huge this industry actually is. The Indian media industry contains various different segments. These include television, print media and the movie industry which form the biggest parts.

Apart from this the media industry also includes music, advertising, gaming, radio, animation and visual effects. The Indian media and entertainment industry was worth $20 billion as of 2020. Furthermore, the industry is expected to grow to $30.6 billion by 2023 at a CAGR of 17%.

The country has over 850 TV channels. It is hard to imagine a family without a television in today’s day and age. The Television industry accounts for 40% of the Indian media market.  If not for television, the next best platform is smartphones for this industry as over 40 crore citizens own one.

This however has also been providing a boost to the next best thing in the industry i.e. OTT. According to reports published by Omdia, the OTT subscriptions almost doubled to 62 million in 2020 in just one year from 32 million in 2019.

The next big segment in this sector remains the print media industry which is also its oldest segment. Print forms 13% of the industry and is the only industry that is on a decline. This is despite India having over 17,000 newspapers.

Despite having many replacements existing in the market the industry still manages to grow at a brisk pace. Despite this, the question that looms is how long before this segment is phased out.

Other segments however show much brighter prospects. Digital advertising, cinema, OTT and gaming make up 12%, 9% and 8% of the media industry. The Indian gaming industry is was said to be worth $930 million in 2020 and is expected to reach $3.9 billion by 2025. The online gaming market on the other hand is expected to be worth $2.12 billion by 2023.

Best Media Stocks in India for 2022

Zee Entertainment was founded by Indian media baron Subhash Chandra in the year 1982. Today the company provides 46 domestic channels with a customer base of 350 million. This gives the company the highest market share in the Indian television market of 36%. Today the company is one of the largest content providers in the world.

The company derives most of its revenue from advertising. Advertising makes up 58% of the revenues whereas subscriptions make up 35%. The company has also entered the OTT segment in 2018 with the launch of ZEE5.

The company recently made strides through its merger with Sony. The newly formed entity will now have revenues worth close to $2 billion.

The profitability of the company has continuously reduced from Rs. 2,220 crores in 2017 to 955 crores in 2022 despite increasing its revenues. Another concern when it comes to Zee is its promoter holdings which have been reduced to only 3.99%.

Founded by Kalanidhi Maran, SunTv was India’s first fully privately owned Tamil channel in India. Today the company is one of Asia’s largest networks operating 32 channels in Tamil, Telugu, Kannada, Malayalam and Bengali. The company is further also planning to grow its channels to 43 to expand its market in North India.

If we take a look at the financials of the company SunTv is the 2nd largest listed company in the Indian Media industry. Even though its revenues might have staggered in the recent past the company has managed to continuously increase its profits from Rs. 1001 crores in 2017 to Rs. 1650 crores 2022 thanks to its operating profit margins of 62%.

The company also maintains very low debt and has a high promoter holding of 75% with none of the shares pledged. The company also has a better liquidity position in comparison to its peers. The stock is available at a PE of 10.3 one of the cheapest amongst its peers.

Founded in 1997, PVR has been one of the most revolutionary companies in this industry. The firm offered multiplexes by opening the first of its kind in Delhi. This was shown to be more favourable to audiences as they get to choose from a wide range of movies in one place in comparison to traditional theatres that only host one movie at a time.

In addition to this, their theatres offer a premium watching experience by innovating in the quality of screens, sounds, seats and also snack availability in theatres.

The company has over 855 screens across India offering over 1.8 lakh seats across 72 cities. The company also has a strong brand value allowing it to open at various premium locations like malls etc.

This was thanks to its healthy occupancy levels and high average ticket prices. The company made a loss of Rs. 488 cr for FY 2021-22 with revenues falling to Rs. 1331 crores. This can mainly be attributed to the pandemic which resulted in most theatres being shut and fear among the public even when allowed to function. The company has increased its debt with a debt-equity ratio of 3.79.

Founded in 1999, INOX leisure forms part of the INOX group which is over 90 years old. The company, similar to PVR, is one of India’s largest multiplex operators. The company operates 658 screens in over 68 cities.

They have also partnered with IMAX to further upgrade their technology to further enhance their user experience. Over the next 5-7 years the company plans to add around 75-85 screens every year.

List Of All the companies in Indian Entertainment media Industry

The Indian Media Industry has and still shows one of the highest growth potentials in the country. But investors must be wary of the changes taking place in the industry.

The best part is investors can keep track of these changes as they themselves indulge in the experience provided Take OTT for example, without doubt, this remains one of the biggest challenges to the existence of PVR and INOX however this is only as long as people prioritise the convenience over the experience of going to a theatre.

This remains just one of the changes taking place in the media sector among others. Let us know what you think about this sector and also your top media stocks in India picks in the comments below. Happy Investing!