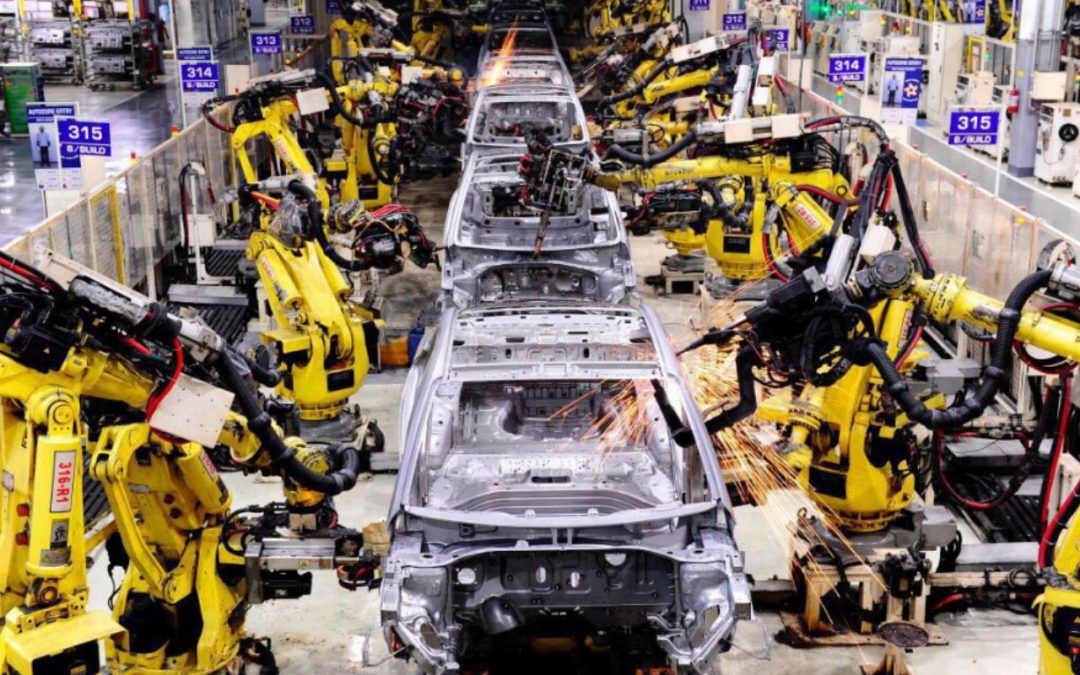 A Study on top companies in Indian Auto Ancillary Industry: The Auto Ancilliary Industry includes companies that provide supporting equipment to the primary products of a vehicle company. This support may be in the form of Tyres, Batteries, Brakes, Suspension, etc.

The Auto Ancilliary Industry in India

The Auto Ancilliary sector from India is mainly focussed domestically and does not play a large role globally. But this tips the scale in its favour when we look at the strides it can make in terms of growth. An Auto Ancilliary Industry is heavily dependent on the Automobile Industry.

The Auto Component Manufacturers account for 7.1% of India’s Gross Domestic Product (GDP) and employs as many as 5 million people directly and indirectly each.

As per Automobile Component Manufacturers Association (ACMA), automobile components export from India is expected to reach $ 80 billion by 2026. The Indian auto components industry aims to achieve $200 billion in revenue by 2026.

MRF Limited is India’s Largest Tyre Company in terms of total sales and MCAP. The company initially started off in Madras as a balloon factory.  It was in 1952 that the company decided to enter rubber manufacturing.

MRF today has come a long way to not only have a quarter of the market share but also has extended its presence to 65 countries. MRF makes and sells tyres not just for passenger cars and motorcycles, but also for trucks and buses, farm machinery, Pickup, 3-Wheeler, etc. The company also manufactures other rubber products such as conveyor belts and toys.

Balkrishna Industries Limited (BKT) is a leading manufacturer that specializes in the Off-Highway tire market. This includes specialist segments like mining, earthmoving, agriculture, construction, and other industrial tyre segments.

The company was founded in 1987 and since then has achieved the status of one of the best quality tyre brands in India. BKT has developed into a global player in the Off-Highway tire industry with a 6% global market share. Balkrishna Industries predominantly caters to the replacement market in North America and Europe. The  Italian football second division, Serie B is known as Serie BKT after Balkrishna Industries purchased naming rights.

Apollo Tyres was founded in 1972 and is headquartered in Gurgaon, India. Since then it has become one of the leading global suppliers of tyres and boasts a presence in over 100 countries. The company markets its products under two brands Apollo and Vredestein.

If tyres that come as original fitment with new vehicles are considered then Apollo Tyres takes the top spot. The company currently makes radials for cars, bikes, and a host of other commercial vehicles.

CEAT is one of India’s leading tyre manufacturers today and has a strong global dominance. It was founded in 1958 and is now headquartered in Mumbai. CEAT, however, was not originally an Indian company. It was originally founded in Italy(1924) and the name CEAT was an abbreviation for ‘Cavi Elettrici e Affini Torino’. It was in 1982 that the RPG Group acquired the company.

Today, it makes tyres for cars, bikes, trucks, SUVs, Auto-rickshaws, buses, tractors, and various other vehicles. CEAT produces over 165 million tyres every year and offers the widest range of tyres to all segments and manufacturers.

Goodyear is one of the world’s oldest and largest tyre companies. It was established in the year 1898 and is one of the most recognizable brands in today’s age. Goodyear has been in the Indian markets since 1960 and since then has developed a good understanding of what the Indian consumer wants and delivers accordingly.

Its products in the Indian markets include value offerings, high-performance radials, and rugged, off-road-ready tyres. Apart from this, Goodyear is known for supplying radials to Formula One cars and also serves aeroplanes.

Indian company Exide is one of the biggest manufacturers of batteries in the whole world. The company as old as independent India itself was incorporated as  Associated Battery Makers (Eastern) Ltd. The company was renamed Chloride Electric Storage Co (India) Ltd and then again in 1995 the name was changed to Exide Industries.

Exide today forms a large portion of India’s battery exports. The company supplies automotive and industrial lead-acid batteries ranging from 2.5Ah to as high as 20,500Ah.

Amara Raja Batteries is one of the largest manufacturers of lead-acid batteries for both industrial and automotive applications. It sells its products under the brand Amaron and Powerzone. Amaron is the second-largest selling automotive battery brand in India. Powerzone on the offers a wide range of inverters, home UPS and inverter batteries.

The company not only makes batteries for distribution in India, but exports its products in Africa, Asia Pacific, and the Middle East.

HBL Power Systems LTD offers specialized batteries and finds its biggest buyers in the aviation industry. The company was founded in 1997 and successfully developed its first product i.e an aircraft battery. Over the years the company also began manufacturing custom-designed, high-quality, cost-effective batteries to meet the needs of various core industries.

Apart from airways, the firm distributes its batteries to other sectors like railways, defence, and other heavy industries.

Bosch is originally a German engineering and technology MNC founded in 1886. The company entered India in 1922 but ventured into the auto ancillary only in 1951 after purchasing a 49% stake in Motor Industries Company Ltd (MICO). In 2008 MICO was renamed Bosch Ltd.

Although the company functions in areas like Mobility Solutions, Industrial Technology, Consumer Goods, and Energy and Building Technology 84% of its revenues from India come from its automotive business. Bosch currently has a turnover of Rs. 11,782 crores and 18 manufacturing sites, and seven development and application centres.

Moterson Sumi Wiring is engaged in the business of providing full-system wiring harnesses, harness components, and other electric wires to OEMs. It has 23 facilities across India. It builds solutions for passenger cars, two-wheelers and recreational vehicles, commercial vehicles, motorcycles and three-wheelers to multi-utility vehicles, farm and material-handling equipment, off-highway vehicles and more.

It hopes to become a diverse player to 3CX10 meaning that exposure to any nation, component or client should not be more than 10% of its total turnover by 2025.

Endurance Technologies Limited was incorporated on December 27, 1999. The company is one of India’s leading automotive component manufacturing companies. The company manufactures and supplies a diverse range of components.

WABCO India Limited is a leading supplier engaged in manufacturing automotive components and related services. The Company provides safety and vehicle control solutions to the commercial vehicle segment of the automotive industry.

WABCO is also engaged in the manufacture of air brake actuation systems for commercial vehicles. The Company is also involved in various other segments, such as off-highway, defence, luxury bus, car, and trailers.

Sundaram Fasteners established in 1966 is a part of the TVS Group. Over the years they have grown into global leaders, manufacturing critical, high precision components for the automotive, infrastructure, windmill, and aviation sectors.

Here is a list of all the companies in the Auto Ancillary Industry (Mcap>1000cr):

Another important factor that is expected to have a significant impact on the industry in the coming years is the push for Electric vehicles. Hence for inventors looking for long term investments selecting a company that is in tune with the changing needs of the electric segment would be optimal.