NSE Scam Explained – The CEO of NSE and the Mystery Guru’s Story So Far! 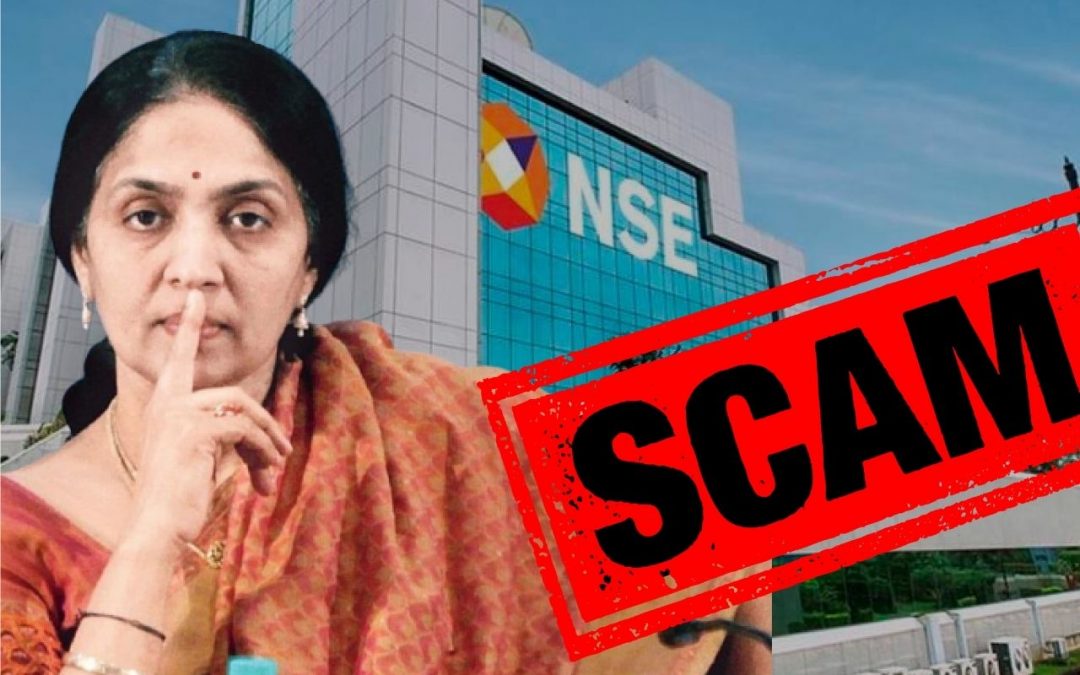 NSE Scam Explained: Although we have come across many scams revolving around the corruption of Guru’s very rarely are these related to the stock market.

What is even more shocking about this case is the involvement of the former CEO Chitra Ramakrishna too. A first look into the case takes us into multiple direction.

A Himalayan Guru on one end and the top employees of the NSE itself. Here we connect the dots and look into what exactly happened! This article will try to get you the NSE Scam explained, Keep reading to find out!

So What Exactly Happened?

Chitra Ramkrishna rose to the ranks and was appointed as CEO & MD of NSE in 2013. A well deserved achievement but immediately after this several irregularities in the working on the NSE began to take place.

The most notable being that revolving around Anand Subramaniam. He was appointed as a Chief Strategy Advisor to the NSE MD.

But What is Wrong With This?

This was a role for which even NSE admits that they had never been interviewed or hired. Anand was an employee who earned Rs. 15 Lakh per annum at Balmer Lawrie & Co Ltd. but this promotion increased his pay to Rs. 1.68 crores.

However his benefits were not limited to monetary gains only, Anand was allowed to work during three days a week at the head office, and at his convenience for the other two working days.

Apparently when investigation and auditing agencies looked into what was happening at NSE they were met with the expanation of a mystical Himalayan Yogi!

This mystical Yogi, apparently resides in the Himalayas, has no physical entity himself. But despite all this he communicated with Chitra Ramkrishna using and email on a daily basis.

These email communications include giving her advice on her day-to-day operations. And apparently these were also the reason for Anand’s benefits at NSE.

Anand was included in every single email between the former CEO and the Yogi. However as we dig deeper his privileges did not even end at work at his leisure. These also included first class international flights.

The Himalayan Yogi was also privy to confidential data that should have otherwise never been circulated, forwarded or shared outside the confines of the NSE database.

This is enough to make anyone wonder what exactly is going on at the prestigious stock exchange.

Chitra claims she has been taking advise from this ‘’yogi’’ for over twenty years! This includes during her tenure at NSE as CEO and MD.

As expected this has had direct or indirect impact on the decision-making of the largest stock exchange of the country.

But Now the Question Pops Up What Were These 3 Individuals Really Upto?

The former MD and CEO Chitra Ramakrishna has been accused of giving an unfair advantage to certain brokers under her leadership.

They were given key market data imperative to trading quicker than to the rest of the trading and investment firms AKA the Co-location scandal.

This was done by directly linking the brokers’ systems to the NSE servers at their headquarters. This gave them an edge in the markets over others competing in the market.

After several whistle blowing attempts the matter was finally looked into. Since investigations ended SEBI has since fined the NSE over 625 Crore for these irregularities.

In Closing: Where is the Case Today?

It is a shame to see that some who was known as Queen of the Indian bourses is today known for the Co-location scam. So far the CBI has denied bail to Anand Subramanian and Chitra Ramakrishna.

The Yogi however was a completely made up entity used by the Anand and Chitra to fall back on. After the whistleblowing this was first caught by EY during their audits.

However what’s worse is the number of years taken for news on this case to finally break out and be investigated into! Let us know what you think about the article “NSE Scam explained” in the comments below. Happy Reading!