White Good Industry Stocks – Who are the leading Companies in India? 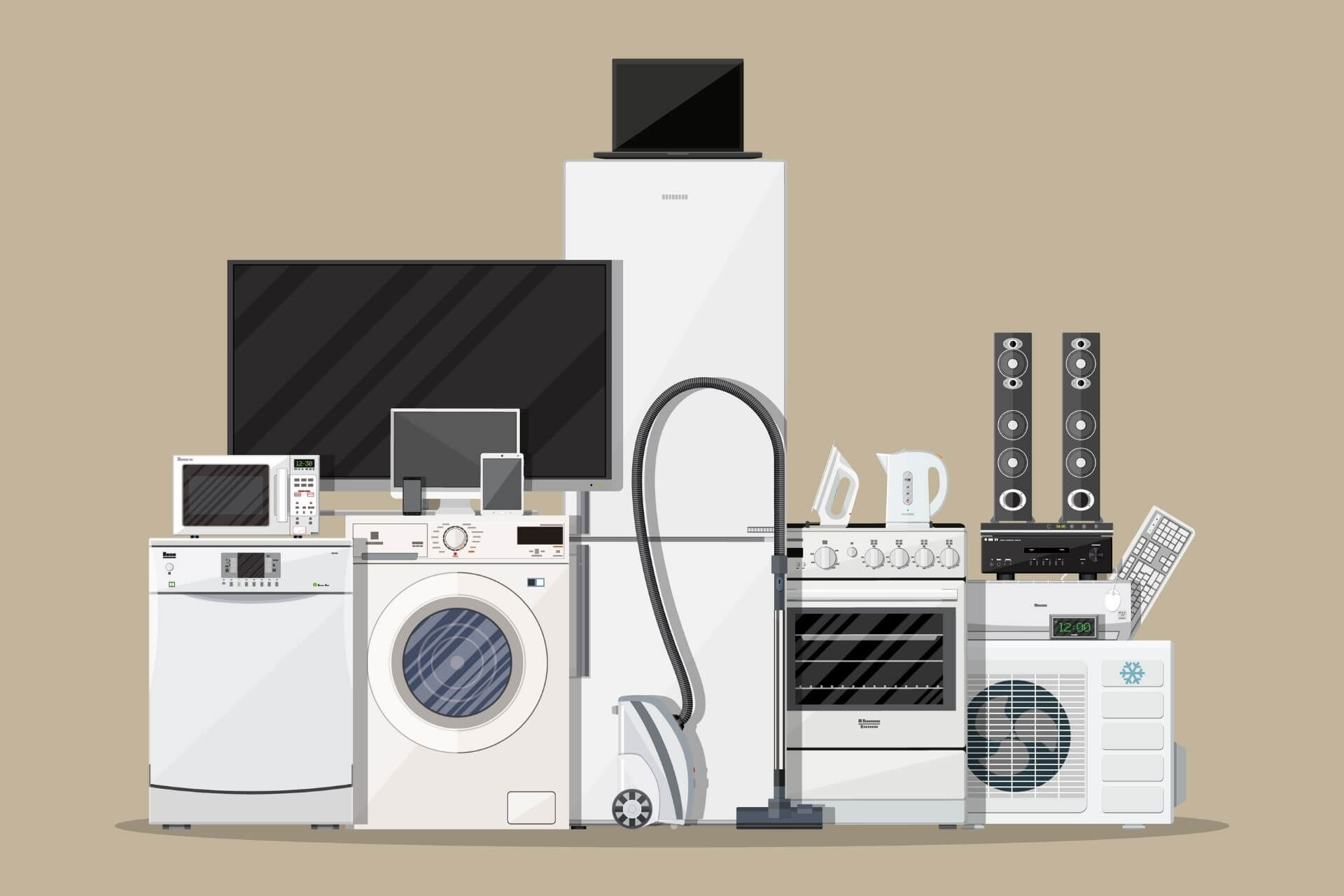 Top White Good Industry Stocks in India 2021: First of all, let’s understand what do we mean by the White Good Industry? In short, they refer to home appliances. White good industry includes refrigerators, dishwashers, washing machines, air conditioners, and similar other appliances used at home. They were known as the white good industry as they were traditionally available only in white.

Today, we have a wide variety of choices not only when it comes to color but also companies. Let us take a look at the prospects of the industry and its top players. In this article, we’ll discuss the top White Good Industry Stocks in India. Let’s get started.

Here are some famous white-good companies (Indian and foreign) operating in India.

Whirlpool owns three state-of-the-art manufacturing facilities at Faridabad, Pondicherry, and Pune.  The company’s product portfolio includes washing machines, refrigerators, microwave ovens, and air conditioners. Whirlpool is also a Fortune 500 company. According to Yale Appliance statistics, Whirlpool is the most reliable brand in its affordable lines with the lowest percentage of service calls.

Samsung is a South Korean MNC headquartered in Seoul. The company initially began as a trading company and eventually diversified into other areas. As of 2020, Samsung has the 8th highest global brand value.

It’s home appliance portfolio includes a wide variety of refrigerators, air conditioners, stoves, washing machines, air purifiers, etc. According to Yale lists, Samsung is one of the top luxury appliances brands in India. Excellent for people who are willing to spend a bit extra to invest in high-tech features, large appliances, and the latest designs.

Haier is one of the world’s top-selling home appliance companies. It is a Chinese MNC. It designs, develops, manufactures, and sells products including refrigerators, air conditioners, washing machines, microwave ovens, etc. According to data released by Euromonitor Haier was the number one brand globally in major appliances for 10 consecutive years from 2009–2018.

Godrej Group is an Indian conglomerate company headquartered in Mumbai. The company was established in 1897 in the locks business. Its roots can be traced back to India’s Independence and Swadeshi movement. Godrej was also the first company to introduce refrigerators in India 60 years ago.

Koninklijke Philips N.V. is a Dutch MNC founded in the year 1891. Its first product included the lightbulb. Today Phillips is one of the largest electronics companies in the world. Philips began its operations in India in 1930. They established Philips Electrical Co. (India) Pvt Ltd in Kolkata as a sales outlet for imported lamps.

So far we covered unlisted companies operating in India. Below are four such companies which are listed on Indian stock exchanges.

Robert Bosch GmbH is a German multinational engineering and technology company founded in 1886. Consumer goods form one of its four businesses.

Bosch set-up its manufacturing operation in India in 1951. These have grown over the years to include 18 manufacturing sites, and seven development and application centers. The Bosch brand is famous for cooktops and wall ovens, plus wide range microwaves. Bosch is second only to LG according to J.D. Power Rating.

Bosch is a large-cap company with a market value of Rs. 51,000 crores. The parent Robert Bosch GmbH owns 70.54% stake in the company.

Bajaj Electricals Limited is a renowned and trusted company Indian company. The company was founded in the year 1938. It has diversified with interests in lighting, luminaries, appliances, fans, cooking appliances, etc. The company is part of the US$5.3 billion Bajaj Group.

It reported sales of Rs. 4,813 crores in FY22 with a net profit of Rs. 124 crores. Though the revenues Bajaj Electricals have improved over the last two years, the figures are still below FY19.

Voltas Limited, a part of the salt to software conglomerate Tata Group is India’s largest air conditioning company. The company was founded in 1954 and specializes in areas such as heating, ventilation and air conditioning, refrigeration.

They are the market leaders in the manufacturing of room/split air conditioners, industrial air conditioning, refrigeration equipment, water coolers, etc.

Voltas has a market cap of Rs. 32,500 crores and its stock offers a dividend yield of 0.56%. Voltas revenues have consistently grown over the last five years, although at a slow pace.

The white good industry in India has been growing rapidly all the while keeping up with the trends and technological advances around the world. According to IBEF, the appliances and consumer electronics industry is expected to double to reach Rs. 1.48 lakh crore (US$ 21.18 billion) by 2025.

There have been many reasons for this growth. One of them being the expansion of retail stores throughout the country. Despite this, the industry still has huge untapped potential. A majority of this comes from the 400 million Indian middle-class households and the disposable income with them.

E-commerce sites have been a boon to the industry as they now allow effortless sale and purchase of white good products. Government initiative also adds to the pace as initiatives on power and electrification open up unexplored markets.