Gamerji: This Startup is Revolutionising the Gaming Industry 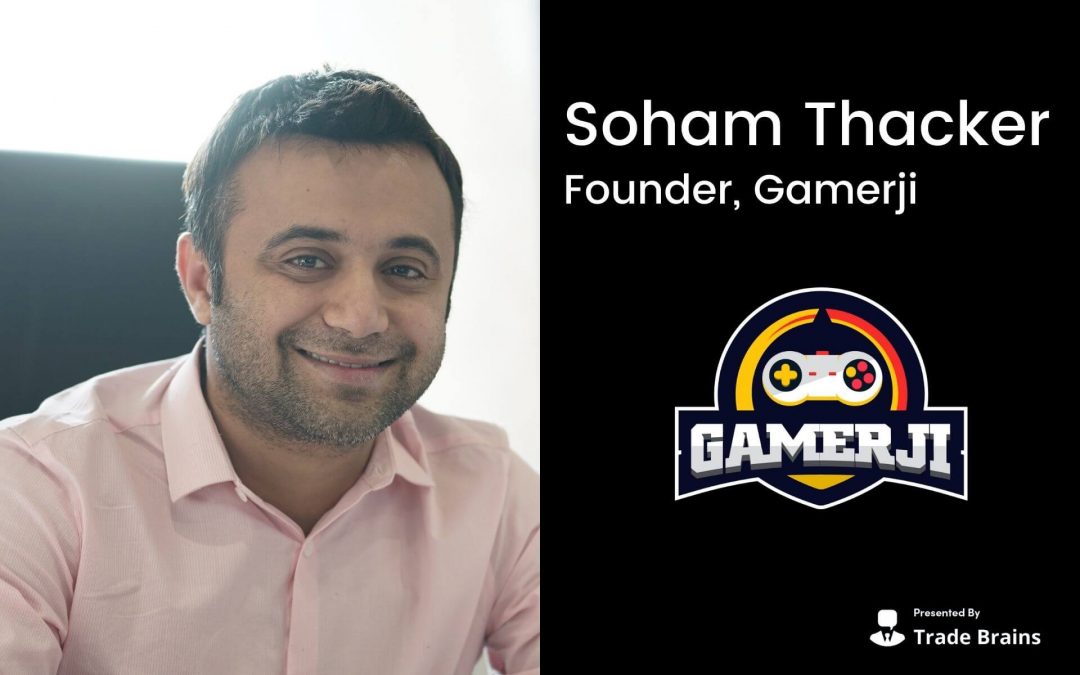 When were you founded & What is the product/service you provide?

Gamerji is India’s Leading Esports tournament platform founded in 2019 by gaming expert and serial entrepreneur, Soham Thacker. Gamerji believes in bridging the gap between amateur to professional level gamers through their tournaments.

The platform has been conceptualised for gamers to compete, share content & win prizes. Headquartered in Ahmedabad, the company has consolidated procedures such as registrations, player management and payments, making it a one-stop platform for Esports tournaments.

What is the company’s long and short-term vision? Where do you see your industry going in the next five years?

Our short term plans include continued expansion in Middle East & North Africa (MENA) followed by South East Asia. In the long term we plan to host cross border tournaments for people from across the globe to participate and play against each other in a competitive manner.

How did you get inspiration for the Company? How did you go about researching and validating the idea?

“Being an average gamer myself, I never got a chance to showcase my skills or try for the pro leagues. This is the case with most of the aspiring gamers where there is no place for them to be scouted from.

Gamerji was launched with a goal to provide these amateur and aspiring gamers with a chance to showcase their skills and make a mark in the Esports space.”

Is the company funded? If yes, how many rounds & how much funding?

How does the product work & What problems does it solve?

The idea behind Gamerji is to build a community of gamers who can elevate their game from amateurs to professional esports athletes.

What are your USP and innovation? How are you different from others?

Gamerji has developed a technology to conduct esports tournaments in an automated manner along with showcasing content & stats for the gaming industry. Gamerji conducts the largest number of tournaments on a daily basis in India.

What are some of your competitors & what advantage do you have over them? & Briefly explain your revenue model?

Platforms like Fanclash & Ewar compete directly with Gamerji although both these platforms involve real money gaming. The largest market share is with the unorganised way of hosting tournaments on social media pages or Whatsapp groups.

What difficulties did you encounter when you started the company & Were you impacted by the Covid outbreak?

I started Gamerji in 2019 with a vision to provide virtual Esports tournaments to aspiring gamers. We were growing steadily and reached about 150K users by March 2020. Then came the first Covid lockdown and we started seeing more than 200K users organically join the platform every month and by August 2020 we had already onboarded almost a million users.

Something that neither our team nor the technology was ready for. A good problem to have, right? Well, we hired extra resources and better servers to manage the load. Then suddenly in September 2020, the government banned PUBG mobile – our largest grossing game.

We started losing users and barely had the money to pay for the infrastructure enhancements we had just done. That is when we started reaching out to more game publishers and integrated more than 11 games in a month on our platform. We strategically targeted the games that the PUBG audience would likely switch to and there come January 2021, we were back with the expected growth rate.

We currently have 37 full time employees and 6 consultants. Being a gaming company, the work culture is semi casual with the break time being non gaming time! Offline activities and the arcade room in the office make additional attractions for our millennial workforce.

Our hiring funda depends on the position, but having core interest in gaming is a must!

How did you launch your company when you had just 0 users. Which channels/ tools/strategies worked the most for acquiring the first 100 users?

We first launched the product using the support of influencers. Spreading the word through credible sources gave us the initial acceptance among our audience.

A piece of advice for the readers.

If you have an idea, don’t hesitate to try it out. You might not be perfect at it, but until you try – you will never know.